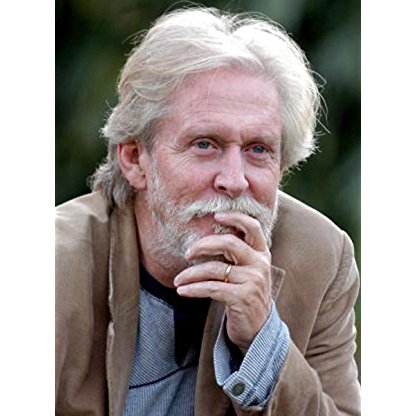 Tom Alter was born on June 22, 1950 in  Mussoorie, Uttar Pradesh, India, India, is Actor, Writer, Miscellaneous Crew. Tom Alter, the son and grandson of American Presbyterian missionaries who first came to India in 1916, grew up in north India in the towns of Rajpur and Mussoorie, and studied at Woodstock School. It was while teaching at a school in Jagadhri, Haryana in the early 1970s that Alter picked honed his Hindi and fell in love with the movies, in specific Indian cinema. In that era television was not common in India and so most people went to the movies, often several times a week.Alter was enamored by the films and in June 1972, after noticing a small classified ad in the newspaper, he enrolled at the prestigious prestigious Film and Television Institute of India of Pune. Alter was one of two people selected out of more than 1000 applicants that year and he learned his craft at the FTII, where he studied with the likes of Benjamin Gilani, Naseeruddin Shah, Shabana Azmi, Mithun Chakraborthy and others.After graduating from FTII, Alter headed straight to Bombay and soon got his first break in the Dev-Anand starrer 'Sahib Bahadur' directed by Chetan Anand. His first release, however, was Ramanand Sagar's 'Charas' in which he played the superstar Dharmendra's CID boss. Steady work came to Alter throughout the 1970s and 80s and he worked with luminaries such as V Shantaram, Raj Kapoor, Hrishikesh Mukherjee, Manmohan Desai, Manoj Kumar and Satjajit Rai as well as a host of lesser-known directors. He has also acted in regional cinema - Bengali, Assamese, Telegu, Tamil and Kumaoni films. Alter was witness to the coming of television to India and worked on the small screen in a number of popular serials, the biggest of which was the popular drama 'Junoon' which ran for five years. In it, he played the role of the mob lord Keshal Kalsi - KK, as he was famously known - and his performance earned rave reviews. During this same period Alter acted in the ensemble comedy 'Zabaan Sambhalke', another drama called 'Ghutan', and hosted the health-based talk show 'Mere Ghar Aana Zindagi'.Some of his most famous movie roles have been as Musa in Vidhu Vinod Chopra's acclaimed crime drama 'Parinda', Mahesh Bhatt's blockbuster romance 'Aashiqui', and Ketan Mehta's 'Sardar', in which Alter essayed the role of Lord Mountbatten. Alter has also accumulated a body of theatrical work, the most recent having been in the theatrical reproduction of William Dalrymple's 'City of Djinns' and the solo play 'Maulana', based on Maulana Azad for which he has received much critical acclaim. He has also received praise for his role in the art film 'Ocean of An Old Man', which has been screened at film festivals around the world. Among several international assignments was the opportunity to work with Peter O'Toole in the Hollywood film 'One Night With The King'.In addition to acting, Alter has also ventured into direction - he directed a one-shot episode for the short-lived series 'Yule Love Stories' in the mid-1990s - and was a sports journalist in the late 1980s to early 1990s. He has written three books, one non-fiction and two fiction, and in 2008 was awarded the prestigious Padma Shree by the Indian government in recognition for his services to the field of arts and cinema.
Tom Alter is a member of Actor

Does Tom Alter Dead or Alive?

Tom Alter’s zodiac sign is Cancer. According to astrologers, the sign of Cancer belongs to the element of Water, just like Scorpio and Pisces. Guided by emotion and their heart, they could have a hard time blending into the world around them. Being ruled by the Moon, phases of the lunar cycle deepen their internal mysteries and create fleeting emotional patterns that are beyond their control. As children, they don't have enough coping and defensive mechanisms for the outer world, and have to be approached with care and understanding, for that is what they give in return.

Tom Alter was born in the Year of the Tiger. Those born under the Chinese Zodiac sign of the Tiger are authoritative, self-possessed, have strong leadership qualities, are charming, ambitious, courageous, warm-hearted, highly seductive, moody, intense, and they’re ready to pounce at any time. Compatible with Horse or Dog. 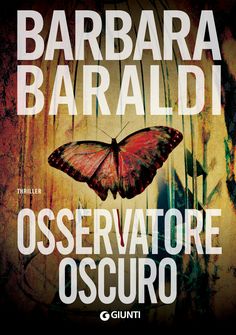 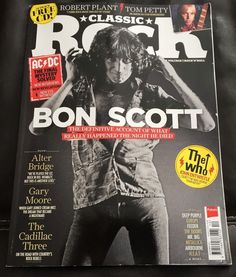 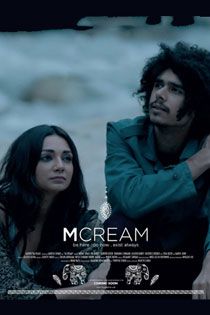 Born in Mussoorie, Uttarakhand, Tom Alter was the son of American Christian missionaries of Swiss German ancestry and lived for years in Mumbai and the Himalayan hill station of Landour. His grandparents migrated to India from Ohio, United States in November 1916, when they arrived in Madras. From there, they went to Lahore by train, where they settled. His father was born in Sialkot. After the Partition of India, his family too split into two; his grandparents remained in Pakistan while his parents moved to India. After living in Allahabad, Jabalpur and Saharanpur, they finally settled in 1954 in Rajpur, Uttarakhand, then a small town located between Dehradun and Mussoorie; Rajpur is now considered a suburb of Dehradun. His elder sister, Martha Chen, has a PhD in South Asian Studies from University of Pennsylvania and teaches at Harvard University. His brother John is a poet, chaplain and Teacher at a boarding school in the U.S. state of Maryland, and has taught around the world, including in India.

As a child, Alter studied Hindi among other subjects in Mussoorie, consequently, he has occasionally been referred to as the "Blue-eyed saheb with impeccable Hindi." He was educated in Mussoorie's Woodstock School. His father taught history and English at the Christian college (E.C.C), Allahabad, and thereafter taught at a seminary in Saharanpur. In 1954, his parents started an ashram in Rajpur, called "Massihi Dhyaan Kendra" and they settled there, in the 1970s and 1980s they also rented a home in New Delhi, on account of their periodic visits to Delhi. People of all religions came there for studies and discussions. They would initially recite biblical studies in Urdu and subsequently in Hindi (when Hindi was adopted in 1962).

It was during this time that he saw the Hindi film Aradhana, a film that he and his friends liked so much that they saw it thrice in a week's time. This viewing marked a turning point in Alter's life and watching Rajesh Khanna's and Sharmila Tagore's acting attracted young Alter to films. He contemplated pursuing an acting career and mulled over this thought for two years, after which he headed to Film and Television Institute of India (FTII) in Pune, where he studied acting from 1972 to 1974 under Roshan Taneja. He credited his accomplishments in acting to these two years at FTII, Roshan Taneja's teaching there and interactions with other students including Naseeruddin Shah, Benjamin Gilani and Shabana Azmi.

Alter married Carol Evans, a fellow Woodstock School student, in 1977 at St. Paul's Church in Char Dukan, Landour. They have two children together: son Jamie and daughter Afshaan. Jamie has worked as a cricket Writer for ESPNcricinfo and CricBuzz, and was also the Sports Editor of The Times of India. As a cricket enthusiast himself, Tom wrote columns for newspapers and journals for over ten years. He also worked as a Journalist during the time and was the first to video interview Indian cricketer Sachin Tendulkar in 1988.

Alter was fluent in Hindi and Urdu, and was knowledgeable about Indian culture. He could also read Urdu and was fond of Shayari. He worked for noted filmmakers like Satyajit Ray in Shatranj Ke Khilari and is remembered for his role as a British officer in Kranti. He got the opportunity to act with his idol Rajesh Khanna in the film Naukri, directed by Hrishikesh Mukherjee in 1978 and later in Chetan Anand's Kudrat. In Sardar, the 1993 film biography of Indian leader Sardar Patel, which focused on the events surrounding the partition and independence of India, Alter portrayed Lord Mountbatten of Burma. He also acted in the Hollywood movie One Night with the King with Peter O'Toole.

Alter was also a stage actor. In 1977, he along with Naseeruddin Shah and Benjamin Gilani formed a theatre group called Motley Productions. Their first play was Samuel Beckett's play Waiting for Godot, which was staged at Prithvi Theatre, Mumbai, on 29 July 1979. He has been performing at Prithvi Theatre ever since, his latest being an adaptation of Vaikom Muhammad Basheer's My Grandad had an Elephant which was performed on 7 June 2011. He has also worked with the New Delhi theatre group Pierrot's Troupe.

Alter has written books including The Longest Race, Rerun at Rialto, and The Best in the World. He is also a Sports Journalist with a special interest in cricket, a game on which he has written extensively in publications such as Sportsweek, Outlook, Cricket Talk, Sunday Observer and Debonair. He played cricket for a film industry team MCC (Match Cut Club), which includes Naseeruddin Shah, Satish Shah, Vishal Bhardwaj, Aamir Khan, Nana Patekar, Bhupinder Singh and Amarinder Sangha. He also wrote on cricket in Indian publications. In 1996, he was invited by friend Siraj Syed to Singapore, to do cricket commentary in Hindi, for Indian viewers, on the Sports TV channel, ESPN. In addition to acting, Alter has also ventured into direction - he directed a one-shot episode for the short-lived series Yule Love Stories in the mid-1990s - and was a Sports Journalist in the late 1980s to early 1990s. He has written three books, one non-fiction and two fiction

In the early 2000s, he played the Indian freedom fighter, Maulana Azad, in a solo Urdu language play.

In 2008, he was awarded the Padma Shri by the Government of India.

Alter acknowledged, in a 2009 interview, "I still dream of being Rajesh Khanna. For me, in the early 1970s, he was the only hero — romantic to the core, not larger than life, so Indian and real — he was my hero; the reason I came into films and he still is." In another interview, he said, "There was something very warm about Jagadhri. I remained a Teacher there until the day I watched Rajesh Khanna romance Sharmila in Aradhana. That was the beginning of my addiction to the cinema." He disclosed in a 2017 interview that his major inspiration to act remained his idol Rajesh Khanna — "I came to Mumbai to become Rajesh Khanna; didn’t come to act on stage."

In April 2011 he acted in a short film Yours, Maria directed by Chirag Vadgama, playing the lead role of Matthew Chacha in the movie.

Alter lent his voice for the authorised audio autobiography of Dr. Verghese Kurien, titled The Man Who Made The Elephant Dance, which was released in 2012.

Alter appeared in many Indian television series, including Samvidhaan, all of which were praised by audience for his acting. In Zabaan Sambhalke he played the role of a British Writer, Charles Spencers, who lives in India and wants to learn Hindi language. He acted in TV series Khamosh Sa Afsana (as a Husain Baba), telecast on Doordarshan in 2014-15. In November 2014, he played Sahir Ludhianvi in a stage production based on life and work of the famous Urdu poet and film-lyricist. He also played a school Teacher in Yahan Ke Hum Sikandar. Alter has worked as the red robe guru in Mukesh Khanna's TV production Shaktiman (1998–2002). He played Indian characters in Indian television series, such as the long-running Junoon, in which he was the sadistic mob lord Keshav Kalsi.

In September 2017, Alter was diagnosed with Stage IV skin cancer (squamous cell carcinoma). His thumb had been amputated a year earlier because of the condition. He died on 29 September at his residence in Mumbai. A statement released on behalf of his family read: "It is with sadness we announce the death of our beloved Tom Alter, actor, Writer, Director, Padma Shri, and our dear husband and father. Tom passed away Friday night at home with his family and close family members in attendance. We ask for their privacy to be respected at this time."