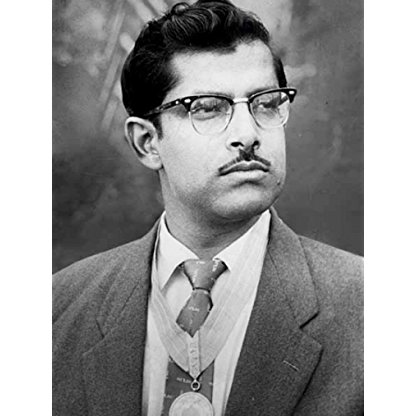 Hrishikesh Mukherjee was born on September 30, 1922, is Director, Editor, Writer. By no means is he any glamorous director, yet Hrishikesh Mukherjee is one of the most popular and beloved filmmakers in Indian cinema. His magic lay not in the glamor or largeness so often associated with cinema, but in its simplicity and warmth.He began his career in Bombay, 1951, as an editor and assistant director to Bimal Roy, another great director himself. His first directorial venture, Musafir (1957), centering on an old house where three unrelated stories dealing with birth, marriage and death occur in a series, was a disaster. But director Raj Kapoor was impressed and strongly recommended Hrishida as director for Anari (1959). Starring Kapoor himself and Nutan, the film was a critical and commercial success.His next film, Anuradha (1960), about an idealistic doctor who neglects his wife to focus on his work, got him the President's Medal Award. But from then on throughout the 1960s decade, none of Hrishida films were particularly distinguishable, barring Asli-Naqli (1962), a Muslim melodrama; Anupama (1966), which was based on a true incident; Aashirwad (1968), a family drama; and Satyakam (1969), about an idealist seeing his dreams crumble after Indian independence.Then Hrishida made what is considered his masterpiece - Anand (1971). This classic film gave a complex but compassionate look at the balance between hope, fear, life and death and saw Rajesh Khanna's greatest performance as a terminally ill man who wishes to live life to the full before he dies. It was an auspicious beginning to the 1970s, for that time proved to be an exceptionally good time for Hrishida as he gave the public excellent films like Guddi (1971), a semi-satiric look at the film industry and generally considered as Jaya Bhaduri's debut film; Abhimaan (1973), the Bachchans' greatest ever performance together; and Chupke Chupke (1975), a comedy about a newlywed professor's joke on his pompous brother-in-law. These films gave an extremely skilled and detailed look at the middle-class mentality.Few people understood human nature as well as Hrishida - in all his films he examined their aspects, particularly their failings and foibles and the outworn values people always seem to hold on to. However in the 1980s, the advent of the superstar Amitabh Bachchan and of larger-than-life films saw Hrishida's brand of filmmaking die out. Recently he attempted a comeback with _Jhooth Bole Kauwa Kaate (1999)_, but sadly it was a futile effort as the film was a commercial and critical failure. However, the magic of his films still lingers after three decades, and he will be best remembered for his film Anand (1971), which told that people who die but remain in heart and mind do not die, but become immortal. No one justifies this truth more than Hrishida.
Hrishikesh Mukherjee is a member of Director

Does Hrishikesh Mukherjee Dead or Alive?

Hrishikesh Mukherjee’s zodiac sign is Libra. According to astrologers, People born under the sign of Libra are peaceful, fair, and they hate being alone. Partnership is very important for them, as their mirror and someone giving them the ability to be the mirror themselves. These individuals are fascinated by balance and symmetry, they are in a constant chase for justice and equality, realizing through life that the only thing that should be truly important to themselves in their own inner core of personality. This is someone ready to do nearly anything to avoid conflict, keeping the peace whenever possible

Hrishikesh Mukherjee was born in the Year of the Dog. Those born under the Chinese Zodiac sign of the Dog are loyal, faithful, honest, distrustful, often guilty of telling white lies, temperamental, prone to mood swings, dogmatic, and sensitive. Dogs excel in business but have trouble finding mates. Compatible with Tiger or Horse. 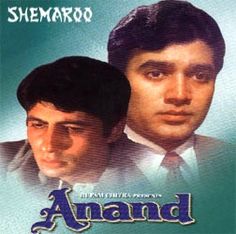 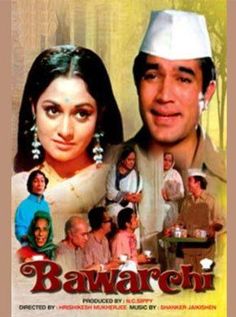 Mukherjee chose to begin working, initially as a cameraman, and then film Editor, in B. N. Sircar's New Theatres in Calcutta in the late 1940s, where he learned his skills from Subodh Mitter ('Kenchida'), a well known Editor of his times. He then worked with Bimal Roy in Mumbai as film Editor and assistant Director from 1951, participating in the landmark Roy films Do Bigha Zamin and Devdas.

His debut directorial venture, Musafir (1957), was not a success, but he persisted and received acclaim for his second film Anari in 1959. The film, crew and cast won five Filmfare Awards, with Mukherjee only losing the Best Director Award to his mentor, Bimal Roy.

Hrishikesh Mukherjee was honoured with the Dadasaheb Phalke Award by the Government of India, in 1999. Mukherjee was chairman of the Central Board of Film Certification and of the National Film Development Corporation. He was also awarded the Padma Vibhushan, the second highest civilian award for his contribution to Indian cinema by government of India in 2001 . The International Film Festival of India honoured him with a retrospective of his films in November 2005. He holds the distinction of working with almost all the top Indian stars since independence of India in 1947.

Hrishikesh Mukherjee was suffering from chronic renal failure and would go to Lilavati Hospital for dialysis. He was admitted to Leelavati Hospital in Mumbai early on Tuesday, 6 June 2006 after he complained of uneasiness. Mukherjee died ten weeks later on 27 August 2006.