Kevin Coughlin was born on May 13, 1970 in  New York City, New York, United States, is Actor, Soundtrack. John Kevin Barry Coughlin was born in Inwood, Manhattan, New York. His older sister Joan Marie Colette was a nun with the Sacred Heart of Mary. Their parents were John Joseph Coughlin (1909 - 1966) and Marguerite O'Brien (b. 1915). They lived at 45 Sickles Street in Manhattan until about 1960 when the family moved to Rye, New York. Kevin had been a Conover model since age 2. His television debut was on his seventh birthday, on December 12, 1952, on the memorable show "Mama", where he would stay as a regular for four years. You can see 19 episodes with Kevin (including his debut) and several more without him at the Museum of Television and Radio in Los Angeles and New York. "Mama" is definitely one of the best family shows ever made. The acting is of theater caliber. In her autobiography Peggy Wood writes that in the eight years she worked on the show, only on three occasions did someone forget a line. In 1956 Kevin starred in his first film, the highly controversial drama "Storm Center" (filmed in Santa Rosa, CA). Unfortunately, it is not available on video. Bette Davis thought it a failure, but it is quite good and relevant. Kevin appeared in many TV dramas, of which only "A Trip to Czardis" and "The Ballad of Huckleberry Finn" can be seen at the Museum of Television and Radio. Kevin attended Mace School. After starring in two more films, the hilarious "Happy Anniversary" and the bold classic "The Defiant Ones", his career seemed to fizzle. There are few roles in the early sixties. From about 1963 until 1967 Kevin attended Northwestern University in Evanston, IL, majoring in theater. In the late sixties he moved to Hollywood, appearing in several youth culture movies and marrying Pamela Elaine. In 1972 he started a production company with David Ladd: COLADD Productions. He also produced and hosted a TV talk-show, "The Age of Aquarius". His film and television career seemed to end suddenly after he starred in the comedy "The Gay Deceivers" (1969). It made a lot of money, and is available on video and DVD. In 1999 it was shown at the Turin Film Festival. Yet this film seemed to doom Kevin's chances. His last known screen appearance is a pathetic, small role on Gunsmoke in 1975 "Hard Labor". A newspaper mentions something about Kevin working in European films in the seventies, but there is no confirmation of it. On January 10, 1976, at 1:45 a.m. as Kevin was cleaning his windshield on Ventura Boulevard 1500 feet North of Whitsett, he was hit by a speeding car. Kevin's wife Marcia Kandell witnessed the tragedy. Thus ended the life of a very talented, highly intelligent, optimistic and promising human being. Kevin had a handicap that made walking difficult: clubfeet. He was not embarrassed about it, and appeared barefoot in "The Ballad of Huckleberry Finn" (1960). It took courage to give him that role, which turned out to be one of his most memorable performances. Grave location: Gate of Heaven Cemetery, Hawthorne, New York, Section 44, plot 604, grave 10. His grave has a simple, poignant inscription: "BELOVED BY ALL".
Kevin Coughlin is a member of Actor

Does Kevin Coughlin Dead or Alive?

As per our current Database, Kevin Coughlin is still alive (as per Wikipedia, Last update: May 10, 2020).

Kevin Coughlin’s zodiac sign is Capricorn. According to astrologers, Capricorn is a sign that represents time and responsibility, and its representatives are traditional and often very serious by nature. These individuals possess an inner state of independence that enables significant progress both in their personal and professional lives. They are masters of self-control and have the ability to lead the way, make solid and realistic plans, and manage many people who work for them at any time. They will learn from their mistakes and get to the top based solely on their experience and expertise.

Kevin Coughlin was born in the Year of the Dog. Those born under the Chinese Zodiac sign of the Dog are loyal, faithful, honest, distrustful, often guilty of telling white lies, temperamental, prone to mood swings, dogmatic, and sensitive. Dogs excel in business but have trouble finding mates. Compatible with Tiger or Horse. 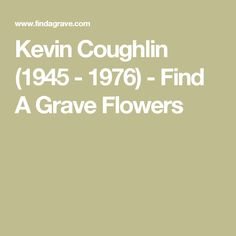 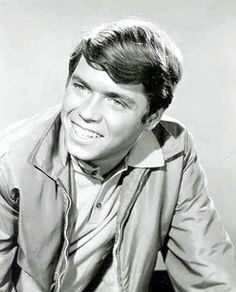 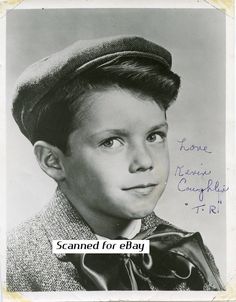 Coughlin graduated from Woodridge High School in Peninsula, Ohio in 1988, received a BA from Bowling Green State University in 1992, and a Masters of Public Administration from BGSU in 1994. In 1996, he ran for the Ohio House of Representatives after Representative Wayne Jones vacated to run for the Ohio Senate. He won the seat, and was sworn into office on January 3, 1997. He won reelection in 1998 with 63.64%, and again in 2000 with 63.9% of the vote.

After four terms in the Ohio Senate, Senator Roy Ray retired early in 2001, leaving Senate Republicans to appoint someone to the vacant 27th District. Coughlin was appointed, and was sworn into office on February 2, 2001. He won his own four-year term in 2002 with 52.98% of the electorate against Democrat Tom Bevan. He won reelection in 2006 with 52.28% again Judy Hanna. In the Ohio Senate, Coughlin was Chairman of the Senate Health, Human Services, & Aging Committee from 2004 to 2011.

Coughlin formed an exploratory committee to consider a run for United States Senate in 2012. In October 2011 he announced he would not run citing incumbent Sherrod Brown's strong polling numbers.