Senapathy Gopalakrishnan was born on April 05, 1955 in Bangalore, India, India. Cofounder of Infosys Senapathy "Kris" Gopalakrishnan retired from the company in 2014. Since his retirement he has personally invested in 63 startups, including 17 companies through his business incubator Axilor Ventures. Gopalakrishnan has also funded and created Itihaasa, a digital app that chronicles the evolution of India's IT industry. He has pledged $2.5 million for a new centre for innovation and entrepreneurship at IIT Madras, his alma mater.
Senapathy Gopalakrishnan is a member of Technology

Does Senapathy Gopalakrishnan Dead or Alive?

As per our current Database, Senapathy Gopalakrishnan is still alive (as per Wikipedia, Last update: May 10, 2020).

Senapathy Gopalakrishnan’s zodiac sign is Taurus. According to astrologers, Taurus is practical and well-grounded, the sign harvests the fruits of labor. They feel the need to always be surrounded by love and beauty, turned to the material world, hedonism, and physical pleasures. People born with their Sun in Taurus are sensual and tactile, considering touch and taste the most important of all senses. Stable and conservative, this is one of the most reliable signs of the zodiac, ready to endure and stick to their choices until they reach the point of personal satisfaction.

Senapathy Gopalakrishnan was born in the Year of the Goat. Those born under the Chinese Zodiac sign of the Goat enjoy being alone in their thoughts. They’re creative, thinkers, wanderers, unorganized, high-strung and insecure, and can be anxiety-ridden. They need lots of love, support and reassurance. Appearance is important too. Compatible with Pig or Rabbit. 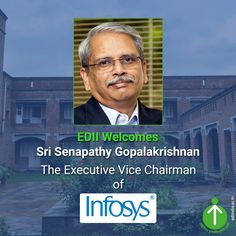 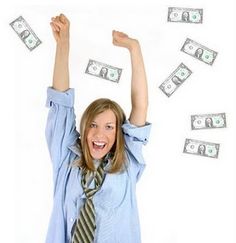 Civilian awards: In 2011, Government of India awarded him with Padma Bhushan which is India's third highest civilian honor.

Kris obtained an M.Sc. (Physics) in 1977 and M. Tech. (Computer Science) in 1979, both from IIT, Madras. He started his career as a software Engineer with Patni Computers, Mumbai in 1979.

In 1981, Gopalakrishnan co-founded Infosys with six other entrepreneurs. His initial years at Infosys included management of design, development, implementation and support of information systems for clients in the U.S. consumer products industry. From 1987 to 1994, Gopalakrishnan headed the technical operations of KSA/Infosys (a joint venture between Infosys and KSA in Atlanta, Georgia).

Civilian awards: In 2011, Government of India awarded him with Padma Bhushan which is India's third highest civilian honor.

He was also a keynote speaker at Consilience 2013, organised by National Law School of India University, Bengaluru on Legal Aspects of Cloud Computing.

In 2007, Kris took over as CEO and Managing Director of Infosys Technologies Limited from Nandan Nilekani. During his 4-year tenure, Infosys' topline doubled to $6 billion. Kris previously served as Chief Operating Officer (since April 2002), and as the President and Joint Managing Director (since August 2006). His responsibilities included Customer Services, Technology, Investments and Acquisitions. In August 2011, he handed over the responsibility of CEO and MD to his colleague and another co-founder of Infosys, S D Shibulal. He was later appointed Executive Vice-Chairman of Infosys Board. He served as Non-executive Vice Chairman of Infosys Board from June 14 till October 10, 2014.