Garrett Camp was born on October 04, 1978 in Calgary, Canada, is Cofounder and Chairman, Uber Technologies Inc.. Uber chairman Garrett Camp cofounded the ride-hailing startup with Travis Kalanick in 2009. The Uber mobile phone app lets users request a ride and a driver-contractor is routed to pick them up -- with Uber getting a cut of the fare. Now operating in 76 countries, Uber has facilitated more than 5 billion rides as of May 2017. Before Uber, Garrett Camp founded web discovery tool StumbleUpon, which he sold to eBay in 2007 for $75 million.
Garrett Camp is a member of Technology

Does Garrett Camp Dead or Alive?

As per our current Database, Garrett Camp is still alive (as per Wikipedia, Last update: May 10, 2020).

Currently, Garrett Camp is 42 years, 3 months and 14 days old. Garrett Camp will celebrate 43rd birthday on a Monday 4th of October 2021. Below we countdown to Garrett Camp upcoming birthday.

Garrett Camp’s zodiac sign is Scorpio. According to astrologers, Scorpio-born are passionate and assertive people. They are determined and decisive, and will research until they find out the truth. Scorpio is a great leader, always aware of the situation and also features prominently in resourcefulness. Scorpio is a Water sign and lives to experience and express emotions. Although emotions are very important for Scorpio, they manifest them differently than other water signs. In any case, you can be sure that the Scorpio will keep your secrets, whatever they may be.

Garrett Camp was born in the Year of the Horse. Those born under the Chinese Zodiac sign of the Horse love to roam free. They’re energetic, self-reliant, money-wise, and they enjoy traveling, love and intimacy. They’re great at seducing, sharp-witted, impatient and sometimes seen as a drifter. Compatible with Dog or Tiger. 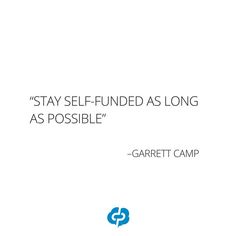 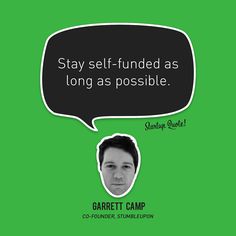 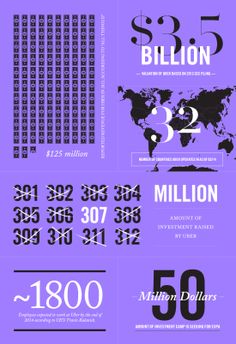 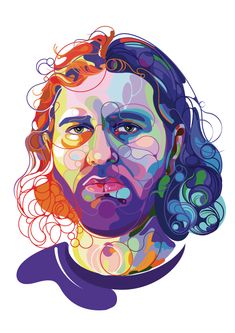 I believe that our business can have 10x the impact it has today--once we have additional leadership and training in place, and evolve our culture to be more inclusive and respectful.

Garrett was named to the TR35 List of Top Innovators under the age of 35 at Technology Review’s Emerging Technologies Conference at MIT in 2007. In 2008 Garrett was named by Bloomberg Businessweek as one of Tech’s Best Young Entrepreneurs. Most recently Garrett was honored at the 2013 Tribeca Disruptive Innovation Awards for his accomplishments at both StumbleUpon and Uber.

StumbleUpon is the first web-discovery platform and personalized recommendation engine, co-founded by Garrett in 2002. In 2006 StumbleUpon relocated to San Francisco upon receiving its first round of funding from Silicon Valley angels. In 2007 StumbleUpon was listed in TIME's 50 Best Websites and in TIME’s 50 Must-Have iPad Apps in 2013. StumbleUpon was acquired by eBay for $75M in 2007 and later spun-out in 2009, becoming an independent company again. Garrett grew the company to over one hundred employees and over 25 million registered users as its founding CEO before stepping down in mid 2012 to work on other ventures. In August 2015, StumbleUpon was in financial debt and was re-acquired by Garrett Camp, who re-gained a majority share of the company after resetting all previous shareholders at $0/share. StumbleUpon continues to have functional web and mobile apps.

In 2009, Travis Kalanick joined Camp, who gives Camp "full credit for the idea" of Uber. Camp spent $800 hiring a private driver with friends and had been mulling over ways to decrease the cost of black car services ever since. He realized that sharing the cost with people could make it affordable, and his idea morphed into Uber. "Garrett is the guy who invented that shit," Kalanick said at an early Uber event in San Francisco. In mid-2009, the first prototype was built by Camp, and his friends, Oscar Salazar and Conrad Whelan, with Kalanick being brought on as a "mega advisor" to the company.

Uber launched in San Francisco in mid 2010 with just a few cars on the road and, in late 2010, raised $1.25M in angel funding. Uber’s motto is "Everyone’s Private Driver" and, in mid-2012, launched UberX and Uber SUV to offer customers low cost options and more vehicle choices. In late 2012, Uber launched UberTAXI, allowing taxi drivers to use the application with taxi-like fares for customers, and, in early 2013, CEO Kalanick announced that Uber will begin offering a ride-sharing Service, allowing community drivers to use the application.

Previously, Garrett invested in Prism Skylabs, a video analytics platform founded by Stephen Russell; SoundTracking, a music sharing application co-founded by Steve Jang of Schematic Labs; WillCall a live music ticket-buying application; and PSDept, a personal shopping application and BlackJet, an on-demand private aviation Service. Garrett was also a Series-A investor in Behance, prior to its acquisition by Adobe in 2012.

Garrett has been a speaker at conferences such as Wireless Influencers and South by Southwest, and was a judge and panel member at DEMO Mobile 2013 in San Francisco. Garrett participated in the World Economic Forum in New York, the PARC Forum Going Beyond Web 2.0 Series, and the Young Leaders of Silicon Valley hosted by VLAB, the San Francisco Bay Area chapter of the MIT Enterprise Forum.

In 2015, he was the 283rd-richest person in the world and the third-richest Canadian, with an estimated wealth of US$5.3 billion according to Forbes. He has joined The Giving Pledge, a commitment to give away half of his wealth to charity. The Giving Pledge was created in 2010 by Warren Buffett and Bill and Melinda Gates to encourage the world's richest people to "publicly dedicate the majority of their wealth to philanthropy" while they're still alive. In a personal blog post announcing his plans, Camp spoke of recent travels to Kenya, where he connected with people living without access to basic services like clean water, food and electricity.

According to Tech Crunch, as of June 2017, Camp had not been involved in Uber’s day-to-day operations for some time. However, according to a post he made on Medium the same month, he is still involved with the company.