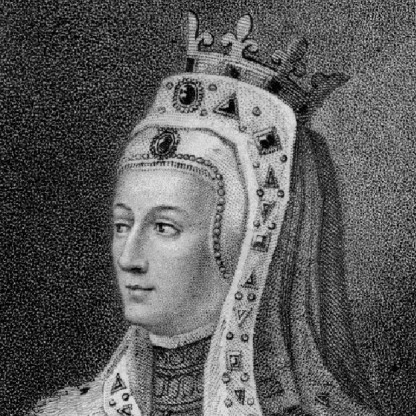 ✎ About Isabella of France

Isabella of France was born on 1295 in France, French, is Queen of England. Isabella of the Royal House of Capet was a French princess by birth and through marriage the Queen Consort of Edward II, and later the regent for her son, Edward III. Known for her beauty, diplomatic skills, and intelligence, she played a crucial role in the dethronement of her husband. She was the daughter of Philip IV of France and Joan I of Navarre. A diligent student, she received the proper education fit for a girl of noble birth of her time. She was married to Edward at the age of 12. Since the very day of the wedding, she had to compete for her husband’s affection with his favourite, Piers Gaveston. The kingdom was in turmoil with growing hostility between the king and the baronial factions. She supported her husband at the beginning, while consolidating power for herself. But when Gaveston was put to death by the barons and Edward’s attention shifted to a new favourite, Hugh Despenser the Younger, she decided to take things in her own hands. She then went to France under the pretext of diplomacy, started a passionate relationship with Roger Mortimer, and invaded England with a small group of mercenaries. After several quick victories, she overthrew Edward and put their son Edward III on the throne. Acting as his regent, she implemented several policies, which, while unpopular, were extremely effective and pragmatic. Edward III, upon turning 18, took back his authority and removed both Mortimer and Isabella from positions of power, executing the former and exiling the latter from the court. In cultural depictions, she is often portrayed as a ‘femme fatale’, a beautiful but dangerous and deceitful figure.
Isabella of France is a member of Historical Personalities

Some Isabella of France images 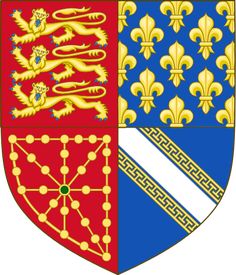 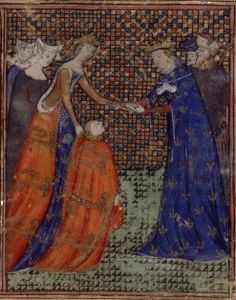 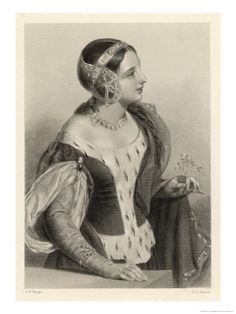 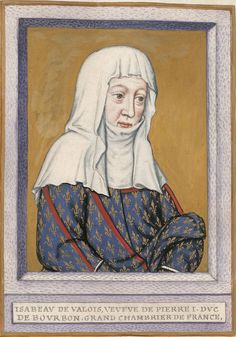 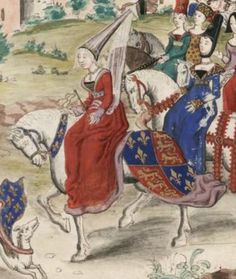 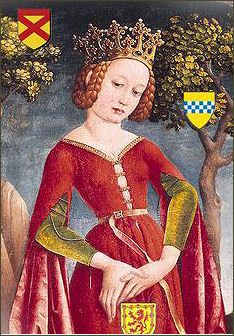 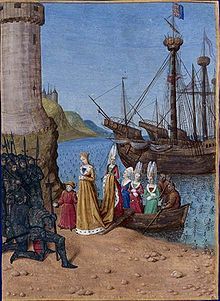 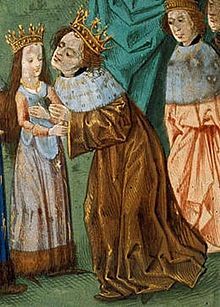 Queen Isabella appeared with a major role in Christopher Marlowe's play Edward II (c. 1592) and thereafter has been frequently used as a character in plays, books, and films, often portrayed as beautiful but manipulative or wicked. Thomas Gray, the 18th-century poet, combined Marlowe's depiction of Isabella with william Shakespeare's description of Margaret of Anjou (the wife of Henry VI) as the "She-Wolf of France", to produce the anti-French poem The Bard (1757), in which Isabella rips apart the bowels of Edward II with her "unrelenting fangs". The "She-Wolf" epithet stuck, and Bertolt Brecht re-used it in The Life of Edward II of England (1923).

In Derek Jarman's film Edward II (1991), based on Marlowe's play, Isabella is portrayed (by Actress Tilda Swinton) as a "femme fatale" whose thwarted love for Edward causes her to turn against him and steal his throne. In contrast to the negative depictions, Mel Gibson's film Braveheart (1995) portrays Isabella (played by the French Actress Sophie Marceau) more sympathetically. In the film, an adult Isabella is fictionally depicted as having a romantic affair with the Scottish hero William Wallace. However, in reality, she was nine years old at the time of Wallace's death. Additionally, Wallace is incorrectly suggested to be the father of her son, Edward III, despite Wallace's death being many years before Edward's birth.

The retribution began immediately. Hugh Despenser the elder had been captured at Bristol, and despite some attempts by Isabella to protect him, was promptly executed by his Lancastrian enemies – his body was hacked to pieces and fed to the local dogs. The remainder of the former regime were brought to Isabella. Edmund Fitzalan, a key supporter of Edward II and who had received many of Mortimer's confiscated lands in 1322, was executed on 17 November. Hugh Despenser the younger was sentenced to be brutally executed on 24 November, and a huge crowd gathered in anticipation at seeing him die. They dragged him from his horse, stripped him, and scrawled Biblical verses against corruption and arrogance on his skin. He was then dragged into the city, presented to Queen Isabella, Roger Mortimer, and the Lancastrians. Despenser was then condemned to hang as a thief, be castrated, and then to be drawn and quartered as a traitor, his quarters to be dispersed throughout England. Simon of Reading, one of the Despensers' supporters, was hanged next to him, on charges of insulting Isabella. Once the core of the Despenser regime had been executed, Isabella and Mortimer began to show restraint. Lesser nobles were pardoned and the clerks at the heart of the government, mostly appointed by the Despensers and Stapleton, were confirmed in office. All that was left now was the question of Edward II, still officially Isabella's legal husband and lawful king.