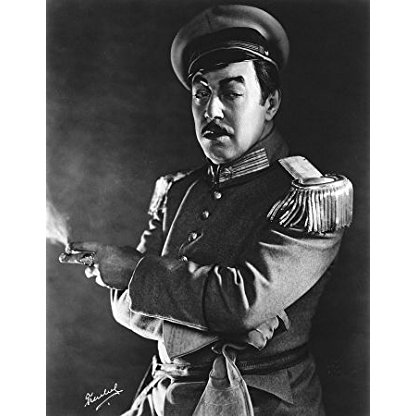 Warner Oland was born on October 03, 1879 in  Nyby, Västerbottens län, Sweden, Sweden, is Actor, Soundtrack. Warner Oland was born Johan Verner Olund in the small village of Nyby in Bjurholm parish in the county of Vasterbotten, Sweden, on October 3, 1879. Bjurholm is situated about 60 kilometers outside the town of Umea. His family emigrated to the US on October 15, 1892. His father Jonas was a shopkeeper and his mother was Maria Johanna (nee Forsberg).After finishing grade school and working on Broadway during his 20s, Oland settled in California in the early 1910s, where he worked odd jobs. The movie industry was in its beginning stages in Hollywood, and Johan Olund--changing his name to the more Americanized "Warner Oland"--worked as a stage actor for a while before getting small parts in films in the 1910s and 1920s. As Hollywood made the transition from silent to sound pictures in the late 1920s (Oland co-starred in Warner Brothers' groundbreaking part-talkie The Jazz Singer (1927)), he began landing more prominent roles.His greatest success came in 1931 when he was cast in the role of Charlie Chan, a Honolulu-based Chinese-American police detective in Charlie Chan Carries On (1931), based on the popular detective mystery series by Earl Derr Biggers [1884-1933] which was produced by Fox Films. His performance as the seemingly mild-mannered but razor-sharp Asian detective won him critical acclaim, which resulted in his playing Chan again in the sequel, The Black Camel (1931).The success of the Chan character turned into a cash cow for Fox Studios and Oland became a valuable property. It seems incredible today, but in Fox's pre-Shirley Temple period, Oland was considered the only guaranteed profit maker on the lot. He became wealthy and bred miniature schnauzers. Although seemingly happy, Oland became increasingly dependent upon alcohol and exhibited bizarre delusional behavior after periods of drinking.Oland appeared in a total of 16 Charlie Chan feature films from 1931 to 1937. The Chan films were budgeted approaching 1930s A-picture levels (approximately $275,000) and were usually shot within tight 30-day schedules, three films per year (sadly, a number of these have apparently been lost). The series was pretty much the only guaranteed profit-maker the ailing studio could bank on during the days leading to its takeover by ex-Warner's production chief Darryl F. Zanuck in 1935, that resulted in its transformation from Fox Films into Twentieth Century-Fox.From 1931 to 1935 Oland did other films besides the Chan series, but he was increasingly relegated to roles that didn't vary much beyond mysterious Asians, and in mid-1935 he became so identified as Charlie Chan that he was assigned to the series exclusively. His last eight films were all Chan entries, usually co-starring Keye Luke, who played Chan's Number One Son. While considered somewhat stereotypical today, these films were met with wide critical acclaim and all were hugely profitable. The best of the series is generally considered to be Charlie Chan at the Opera (1936), featuring lavish set design and a particularly effective menacing villain in Boris Karloff.Oland's physical and mental problems slowly began to catch up to him, and in 1937 he was said to have suffered a nervous breakdown apparently due to some kind of mental dementia. The Fox executives, knowing that Oland was one of its biggest money earners, kept his alcoholism and mental problems hidden from the public. In November 1937, Edith, his wife of 30 years, filed for divorce. In January 1938 "Charlie Chan at (the) Ringside" began production at Fox's Western Avenue lot under the direction of James Tinling with an increasingly erratic Oland. After a few days shooting inside Studio 6, Oland walked out and never returned. He was heard complaining the studio was possessed by voodoo and feared contracting pneumonia. Over the next month there were numerous negotiations between Oland and SAG (Oland had been an early member) and production was briefly resumed, then suspended after Oland again failed to report to work. He was hospitalized and released, then decided to return to his mother's home in Sweden. Oland's film career, unbeknown to him, was over. In the interim, producer Sol M. Wurtzel, desperate to salvage the property, ordered the Chan picture reworked as Mr. Moto's Gamble (1938), with minor supporting cast changes. Successful negotiations were made with the Biggers' estate and the film was quickly shot with Peter Lorre and released April 7, 1938. The film itself remains an anachronism in the Moto series, as it contains much Chan-like dialog, tacked on Moto-esque action scenes and a guest-starring role by Keye Luke. Regardless, it was also a hit.During his visit to Sweden, Oland negotiated a reconciliation with Edith but contracted bronchial pneumonia and died there on August 6, 1938, at age 57. Ironically, Fox contract (and Chan series) director John G. Blystone died the same day.Numerous actors were tested to fill Oland's shoes as Charlie Chan, among them Cy Kendall, Walter Connolly, J. Edward Bromberg, Noah Beery Jr., Michael Visaroff and Leo Carillo (Kendall and Connelly had played Chan on radio). The series continued at Fox for another 11 entries with Sidney Toler, who was signed by Zanuck in mid-October 1938. Toler injected more humor into the character as scripts became somewhat more pedestrian. By 1942 Fox considered the series exhausted and it would ultimately be sold to low-budget studio Monogram Pictures and continue on even after Toler's death in 1947 with Roland Winters in the role through six dismal films into 1949.In a postscript, Fox director Norman Foster paid a subtle tribute to Oland in the next Moto film, Mr. Moto's Last Warning (1939). During that movie's production in August 1938, cast and crew learned of Oland's passing in his native Sweden. Over the title Charlie Chan in Honolulu (1938), on the bill of the Sultana Theatre of Variety, they placed the banner "Last Day."
Warner Oland is a member of Actor

Does Warner Oland Dead or Alive?

Warner Oland’s zodiac sign is Scorpio. According to astrologers, Scorpio-born are passionate and assertive people. They are determined and decisive, and will research until they find out the truth. Scorpio is a great leader, always aware of the situation and also features prominently in resourcefulness. Scorpio is a Water sign and lives to experience and express emotions. Although emotions are very important for Scorpio, they manifest them differently than other water signs. In any case, you can be sure that the Scorpio will keep your secrets, whatever they may be.

Warner Oland was born in the Year of the Rabbit. Those born under the Chinese Zodiac sign of the Rabbit enjoy being surrounded by family and friends. They’re popular, compassionate, sincere, and they like to avoid conflict and are sometimes seen as pushovers. Rabbits enjoy home and entertaining at home. Compatible with Goat or Pig. 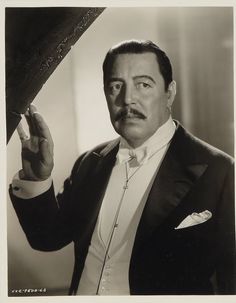 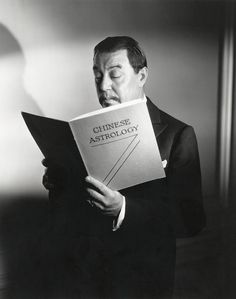 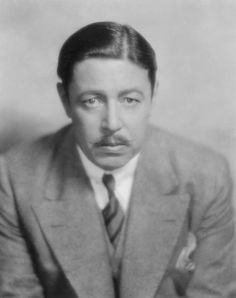 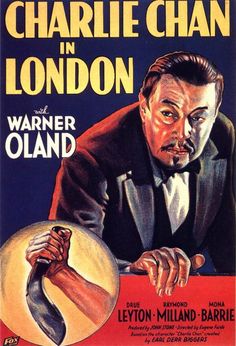 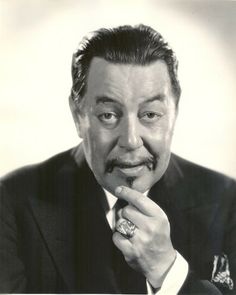 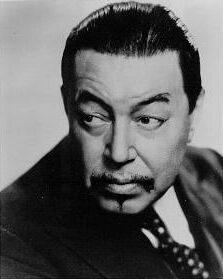 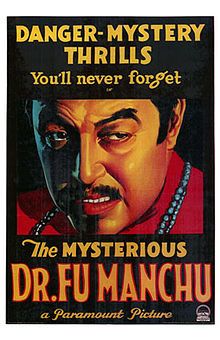 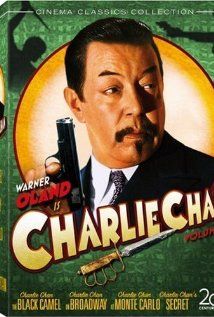 When he was 13, his family immigrated to the United States. Educated in Boston, he spoke English and his native Swedish, and eventually translated some of the plays of August Strindberg. As a young man he pursued a career in theater, at first working on set design while developing his skills as a dramatic actor. In 1906, he was signed to tour the country with the troupe led by Actress Alla Nazimova. The following year he met and married the Playwright and portrait Painter Edith Gardener Shearn. Shearn made an ideal partner for Oland. She mastered Swedish, helping him with the translation of Strindberg's works that they jointly published in book form in 1912.

After several years in theater, including appearances on Broadway as Warner Oland, in 1912 he made his silent film debut in Pilgrim's Progress, a film based on the John Bunyan novel. It would be another three years before he returned to film work with a role in The Romance of Elaine, an adventure film starring the extremely popular Pearl White. As a result of his training as a Shakespearean actor and his easy adoption of a sinister look, he was much in demand as a villain and in ethnic roles. He made several more films with Pearl White including his first portrayal of an oriental character in her film, The Lightning Raider (1919). Over the next 15 years, he appeared in more than 30 films, including a major role in The Jazz Singer (1927), one of the first talkies produced.

Oland's normal appearance fit the Hollywood expectation of caricatured Asianness of the time, despite his having no definitively proven Asian cultural background. Oland portrayed a variety of Asian characters in several movies before being offered the leading role in the 1929 film, The Mysterious Dr. Fu Manchu. It was the first onscreen portrayal of the Fu Manchu character in film. Oland continued to appear onscreen as an Asian, probably more often than any other white actor in the history of cinema. In Old San Francisco, Oland played an Asian unsuccessfully impersonating a white man.

The enormous worldwide box office success of his Charlie Chan film led to more, with Oland starring in 16 Chan films in total. The series, Jill Lepore later wrote, "kept Fox afloat" during the 1930s, while earning Oland $40,000 per movie. Oland took his role seriously, studying the Chinese language and calligraphy.

A box office success, The Mysterious Dr. Fu Manchu made Oland a star, and during the next two years he portrayed the evil Dr. Fu Manchu in three more films (althought, the second one was purely a cameo appearance). Firmly locked into such roles, he was cast as Charlie Chan in the international detective mystery film Charlie Chan Carries On (1931) and then in Director Josef von Sternberg's 1932 classic film Shanghai Express opposite Marlene Dietrich and Anna May Wong.

Oland was the first actor to play a werewolf in a major Hollywood film, biting the protagonist, played by Henry Hull, in Werewolf of London (1935). Once again, Oland's character was Asian.

In Sweden, Oland contracted bronchial pneumonia, worsened by the apparent onset of emphysema from years of heavy cigarette smoking and he died in a hospital in Stockholm. Oland's last film was the unfinished Charlie Chan at the Ringside. Fox reshot Oland's scenes with Peter Lorre and released the finished picture as Mr. Moto's Gamble (1938). Following cremation in Sweden, his ashes were brought back to the United States by his ex-wife for interment in the Southborough Rural Cemetery in Southborough, Massachusetts, a suburb of Boston, where the Olands had previously resided in an historic farmhouse.