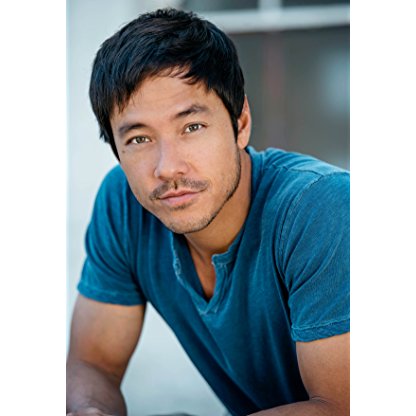 Does Vince Foster Dead or Alive?

Vince Foster was born in the Year of the Rooster. Those born under the Chinese Zodiac sign of the Rooster are practical, resourceful, observant, analytical, straightforward, trusting, honest, perfectionists, neat and conservative. Compatible with Ox or Snake. 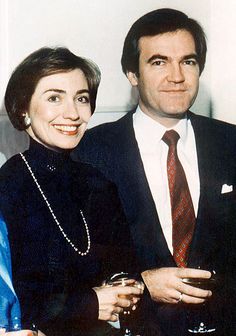 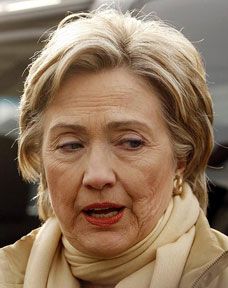 The reputation you develop for intellectual and ethical integrity will be your greatest asset or your worst enemy. You will be judged by your judgment. ... Treat every pleading, every brief, every contract, every letter, every daily task as if your career will be judged on it... There is no victory, no advantage, no fee, no favor, which is worth even a blemish on your reputation for intellect and integrity. ... Dents to the reputation in the legal profession are irreparable."

Vincent was a childhood friend of Bill Clinton (a year and a half his junior), who as Billy Blythe resided in an adjoining property to Foster's with his grandparents while his mother was often away studying nursing. As Clinton later recalled, "I lived with my grandparents in a modest little house across from Vince Foster's nice, big, white brick house." Another Clinton recollection was that Foster "was kind to me and never lorded it over me the way so many older boys did with younger ones." Another childhood friend was Mack McLarty, who would one day become White House Chief of Staff for Clinton. In 1950 Clinton's mother remarried and they moved to a different part of Hope. By several accounts Foster and Clinton attended Miss Marie Purkins' School for Little Folks, a private kindergarten, together, although Foster was a year ahead in school. Then around late 1952 the Clintons moved away to Hot Springs. However Clinton would often return to visit his grandparents in Hope during summers, weekends, and holidays after that, and he maintained connections with the people there.

Foster practiced mostly corporate law, eventually earning nearly $300,000 a year. Known for his extensive preparation of cases ahead of time, including the creation of decision trees, Foster developed a reputation as one of the best trial litigators in Arkansas. Hillary Clinton's memoir calls Foster "one of the best lawyers I've ever known," and compared him in style and substance to Gregory Peck's portrayal of Atticus Finch in the classic 1962 film To Kill a Mockingbird. In Bill Clinton's memoir, he characterizes Foster as "a tall, handsome, wise, good man." Writer Carl Bernstein has described Foster as "tall, with impeccable manners and a formal mien ... elegant in perfectly tailored suits, and soft-spoken to the point of taciturnity." Writer Dan Moldea characterized him as "a 'can-do' Lawyer who worked best when under pressure." Phillip Carroll, the leading litigator at Rose Law Firm, once said of Foster, "He was my ideal of a young Lawyer." The ABA Journal reported that Foster was "acknowledged by many as the soul of the firm".

Foster excelled as a student and athlete. At Hope High School, he became President of the student council, with McLarty as vice President. He graduated from there in 1963.

Foster attended Davidson College, graduating with a bachelor's degree in psychology in 1967. His father wanted him to join the family real estate Business, but he instead chose law.

Foster met Elizabeth Braden, known as Lisa, during his sophomore year at Davidson; she was the daughter of an insurance broker from Nashville and was attending Sweet Briar College. They married on April 20, 1968, at St. Henry Catholic Church in Nashville. They had three children: Vincent III, Laura, and John.

In 1971, Foster joined Rose Law Firm in Little Rock, Arkansas, and in 1974 was made partner, one of only nine in the firm at the time. He was the head of the Arkansas Bar Association committee that oversaw legal aid, and as such worked with legal aid clinic worker Hillary Rodham in successfully overcoming an unreasonable measuring requirement for indigent clients. Foster then initiated the hiring of Rodham at Rose Law Firm, where she became its first ever female associate (and later first female partner); Foster and fellow partner Webster Hubbell were instrumental in overcoming the reluctance of other partners to hire a woman. Foster and Rodham worked together on a number of cases. And as Bill Clinton's political career gained force, Foster supported him. They were also personal friends and Foster was the one who taught their daughter Chelsea Clinton how to swim.

After Clinton's 1992 election, Foster joined Clinton's presidential transition team. Once Clinton was inaugurated, Foster joined his White House staff as Deputy White House Counsel in early 1993. This was despite Foster's initial reluctance to leave his Little Rock life behind and come to Washington. There he worked under the White House Counsel, Bernard W. Nussbaum, although Nussbaum would consider the pair to be "co-senior partners". He was also joined with two other Rose Law Firm partners: william H. Kennedy, III, who served as his associate counsel, and Webster Hubbell, who became Associate Attorney General. The Foster residence was a small rented house in Georgetown in Washington, D.C.

Beginning in 1993, the Vince Foster, Jr., Outstanding Lawyer Award was given out annually by the Pulaski County Bar Association to recognize members who contributed to the bar and advanced the legal profession. An endowed chair at the University of Arkansas School of Law, the Vincent Foster University Professor of Legal Ethics and Professional Responsibility, was created in his name. In 2015 a holder of the chair, Howard W. Brill, was appointed Chief Justice of the Arkansas Supreme Court.

One was by Representative william F. Clinger Jr. from Pennsylvania, the ranking Republican on the House Government Reform and Oversight Committee, who reached this conclusion in a finding published on August 12, 1994.

The other was by the Senate Committee on Banking, Housing, and Urban Affairs, wherein both the majority Democratic and minority Republican reports reached the same conclusion in reports issued on January 3, 1995.

5. After a three-year investigation, Whitewater independent counsel Ken Starr released a report on October 10, 1997, also concluding that the death was a suicide. In response, Sheila Foster Anthony, Vince Foster's sister, said she agreed with Starr's findings but criticized his investigation for having taken so long, thus contributing to the existence of "ridiculous conspiracy theories proffered by those with a profit or political motive".