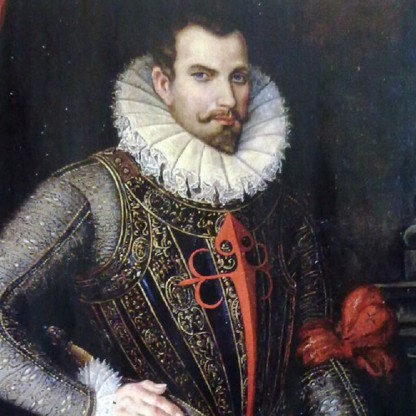 Pedro de Alvarado was born on 1485 in Badajoz, Spanish, is Explorers. Pedro de Alvarado was a Spanish conquistador credited with the conquest of much of Central America, including Guatemala and El Salvador. Well known for his skills as a soldier, he also played major roles in the conquest of Cuba and in the conquest of Mexico led by Hernán Cortés. Not much is known about his early life before he earned a name for himself as an adventurous and fearless conquistador, though folk legends give several accounts of his early exploits which however lack credibility. Born in Badajoz, Extremadura, he crossed the Atlantic Ocean to arrive in Santo Domingo, on Hispaniola. There he met another adventurous soul, Hernan Cortes, with whom he participated in the conquest of Cuba under the command of Diego de Velázquez. He then went on to participate in an expedition to Mexico and the siege of Tenochtitlan, commanding one of four forces under Cortes. An experienced and well known military commander by now, he led the conquest of Quiché and Cakchiquel of Guatemala and in 1524 founded Santiago de los Caballeros de Guatemala and served as its governor. Very famous for his bravery, he was also notorious for the unspeakable cruelties he inflicted upon the natives of the lands he conquered.
Pedro de Alvarado is a member of Miscellaneous 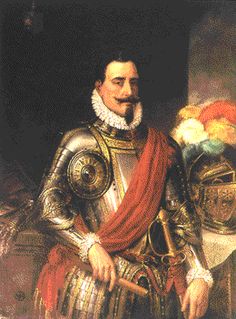 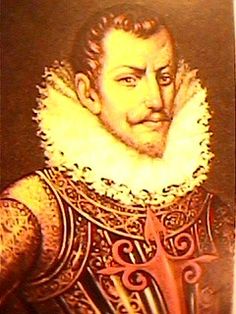 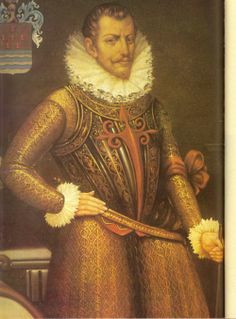 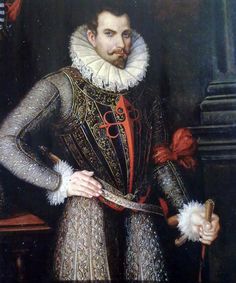 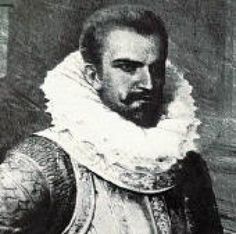 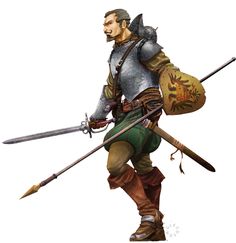 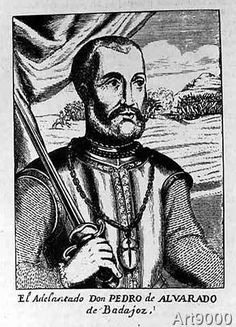 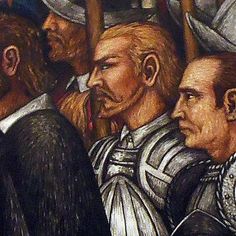 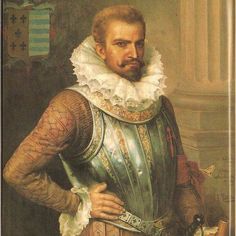 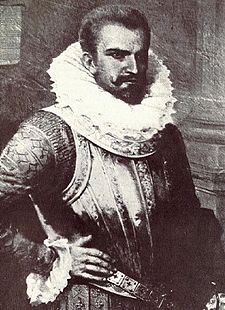 Alvarado was a cavalier of high family, gallant and chivalrous, and [Cortes'] warm personal friend. He had talents for action, was possessed of firmness and intrepidity, while his frank and dazzling manners made the Tonatiuh an especial favourite with the Mexicans. But, underneath this showy exterior, the future conqueror of Guatemala concealed a heart rash, rapacious, and cruel. He was altogether destitute of that moderation, which, in the delicate position he occupied, was a quality of more worth than all the rest.

Soon after arriving in Santo Domingo, on Hispaniola, Pedro de Alvarado established a friendship with Hernán Cortés, who at the time was serving as public scribe. Alvarado joined Cortés to participate in the conquest of Cuba, under the command of Diego de Velázquez. The conquest of Cuba was launched in 1511, and Pedro de Alvarado was accompanied by his brothers. Soon after the invasion, Alvarado was managing a prosperous hacienda in the new colony. It is around this time that Pedro de Alvarado emerges into the historical record as a prosperous and influential hacienda-owner, already well connected with Velázquez, who was now governor of Cuba.

The fleet left Cuba in April 1518, and made its first landfall upon the island of Cozumel, off the east coast of Yucatán. The Maya inhabitants of Cozumel fled the Spanish; the fleet then sailed south from Cozumel, along the east coast of the peninsula. The Spanish spotted three large Maya cities along the coast. On Ascension Thursday the fleet discovered a large bay, which the Spanish named Bahía de la Ascensión.

Alvarado had no children from either of his legal marriages. His life companion was his concubine Luisa de Tlaxcala (also called Xicoténcatl or Tecubalsi, her original names after Catholic baptism). She was a Nahua noblewoman, daughter of the Tlaxcallan Chief Xicotencatl the Elder. Luisa was given by her father in 1519 to Hernán Cortés as a proof of respect and friendship. In turn Cortés gave her in guard to Pedro de Alvarado, who quickly and unremarkably became her lover. Luisa followed Alvarado in his pursuit of conquests beyond central Mexico. Despite never being his legitimate wife, Luisa de Tlaxcala had numerous possessions and was respected as a Doña, both for her relationship with Alvarado and for her noble origin. She died in 1535 and was buried at the Guatemala Cathedral.

During Cortés' absence, relations between the Spaniards and their hosts went from bad to worse, and Alvarado ordered a preemptive slaughter of Aztec nobles and Priests observing a religious festival. When Cortés returned to Tenochtitlan, he found the Spanish force under siege. After Moctezuma was killed in the attempt to negotiate with his own people, the Spaniards determined to escape by fighting their way across one of the causeways that led from the city across the lake and to the mainland. In a bloody nocturnal action of 10 July 1520, known as La Noche Triste, Alvarado led the rear-guard and was badly wounded. According to satirical verses by Gonzalo Ocampo, in reference to Alvarado crossing a causeway gap during the escape, Alvarado's escape became known as Salto de Alvarado ("Alvarado's Leap").

Cortés despatched Pedro de Alvarado to invade Guatemala with 180 cavalry, 300 infantry, crossbows, muskets, 4 cannons, large amounts of ammunition and gunpowder, and thousands of allied Mexican warriors. Pedro de Alvarado passed through Soconusco with a sizeable force in 1523, en route to conquer Guatemala. Alvarado's army included hardened veterans of the conquest of the Aztecs, and included cavalry and artillery; there were also a great many indigenous allies from Cholula, Tenochtitlan, Texcoco, Tlaxcala, and Xochimilco.

Alvarado led the first effort by Spanish forces to extend their dominion to the nation of Cuzcatlan (in modern El Salvador), in June 1524. These efforts established many towns such as San José Acatempa in 1525 and Esquipulas in 1560. Spanish efforts were firmly resisted by the indigenous people known as the Pipil and their Mayan speaking neighbors. Despite Alvarado's initial success in the Battle of Acajutla, the indigenous people of Cuzcatlán, who according to tradition were led by a warlord called Atlacatl, defeated the Spaniards and their auxiliaries, and forced them to withdraw to Guatemala.

Alvarado was wounded on his left thigh, remaining handicapped for the rest of his life. He abandoned the war and appointed his brother, Gonzalo de Alvarado, to continue the task. Two subsequent expeditions were required (the first in 1525, followed by a smaller group in 1528) to bring the Pipil under Spanish control. In 1528 the conquest of Cuzcatlán was completed and the city of San Salvador was established.

Two years later, on 9 February 1526, a group of sixteen Spanish deserters burnt the palace of the Ahpo Xahil, sacked the temples and kidnapped a priest, acts that the Kaqchikel blamed on Pedro de Alvarado. The Kaqchikel kept up resistance against the Spanish for a number of years. On 9 May 1530, exhausted by the warfare that had seen the deaths of their best warriors and the enforced abandonment of their crops, the two kings of the most important clans returned from the wilds. A day later they were joined by many nobles and their families and many more people; they then surrendered at the new Spanish capital at Ciudad Vieja.

Francisca de la Cueva died shortly after their arrival in America. Alvarado remained governor of Guatemala until his death. He was made Knight of Santiago in 1527.

Francisca de la Cueva was well connected at the royal court, being the niece of Francisco de los Cobos, the king's secretary, and a member of the powerful noble house of Albuquerque. This marriage gave Alvarado extra leverage at court and was far more useful to his long term interests; Alvarado thereafter maintained a friendship with Francisco de los Cobos that allowed him access to the king's favour. In 1528, by coincidence both Alvarado and Cortés were in Seville at the same time, but Cortés ignored him.

According to Alvarado's letter to Cortés, the Pipil came back to the town and submitted to him, accepting the king of Spain as their overlord. The Spanish force camped in the captured town for eight days. A few years later, in 1529, Pedro de Alvarado was accused of using excessive brutality in his conquest of Izcuintepeque, amongst other atrocities.

In 1532, Alvarado received a Royal Cedula naming him Governor of the Province of Honduras. At that time, Honduras consisted of a single settlement of Spaniards in Trujillo, but he declined to act on it. In 1533 or 1534 he began to send his own work gangs of enslaved Africans and Native Americans into the parts of Honduras adjacent to Guatemala to work the placer gold deposits.

In 1536, ostensibly in response to a letter asking for aid from Andrés de Cereceda, then acting Governor of the Province of Honduras, Alvarado and his army of Indian allies arrived in Honduras, just as the Spanish colonists were preparing to abandon the country and go look for gold in Peru. In June, 1536, Alvarado engaged the indigenous resistance led by Cicumba in the lower Ulua river valley, and won. He divided up the Indian labor in repartimiento grants to his Soldiers and some of the colonists, and returned to Guatemala.

The siege was part of a major revolt by the Mixtón natives of the Nueva Galicia region of Mexico. Alvarado gathered his troops and went to help Oñate. In a freak accident, he was crushed by a horse that was spooked and ran amok. He died a few days later, on July 4, 1541, and was buried in the church at Tiripetío, a village between Pátzcuaro and Morelia (in present-day Michoacán).