Brad Whitford was born on February 23, 1952 in Wincester, MA. Longtime lead guitarist of Aerosmith who has been with the group on and off for over five decades. He wrote many of their hits, including "Last Child."
Brad Whitford is a member of Guitarist

Does Brad Whitford Dead or Alive?

As per our current Database, Brad Whitford is still alive (as per Wikipedia, Last update: May 10, 2020).

Currently, Brad Whitford is 70 years, 4 months and 5 days old. Brad Whitford will celebrate 71rd birthday on a Thursday 23rd of February 2023. Below we countdown to Brad Whitford upcoming birthday.

Brad Whitford’s zodiac sign is Pisces. According to astrologers, Pisces are very friendly, so they often find themselves in a company of very different people. Pisces are selfless, they are always willing to help others, without hoping to get anything back. Pisces is a Water sign and as such this zodiac sign is characterized by empathy and expressed emotional capacity.

Brad Whitford was born in the Year of the Dragon. A powerful sign, those born under the Chinese Zodiac sign of the Dragon are energetic and warm-hearted, charismatic, lucky at love and egotistic. They’re natural born leaders, good at giving orders and doing what’s necessary to remain on top. Compatible with Monkey and Rat. 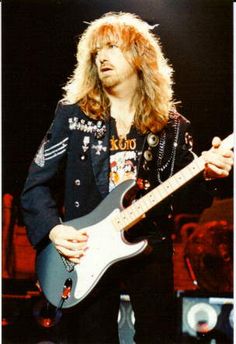 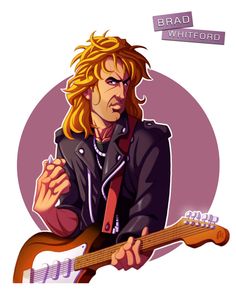 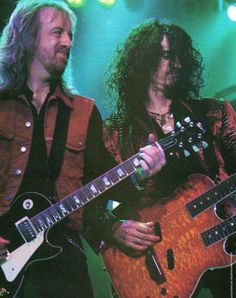 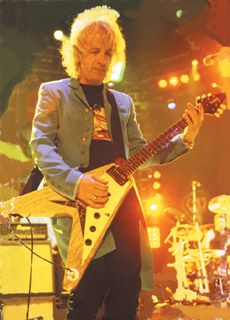 Longtime lead Guitarist of Aerosmith who has been with the group on and off for over five decades. He wrote many of their hits, including "Last Child."

He learned the guitar at age fourteen and joined Aerosmith in his early twenties, replacing Ray Tabano.

He was born the middle of three brothers to a father who worked as a Teacher. He married his third wife, Kimberley Whitford, in 2006.

He often played with Joe Perry, Aerosmith's other Guitarist.