Tracy McGrady was born on May 24, 1979 in Bartow, FL. 7-time NBA All-Star known as T-MAC who was one of the league's top scorers while playing for the Orlando Magic and Houston Rockets. He led the NBA in scoring in 2002-03 and 2003-04.
Tracy McGrady is a member of Basketball Player

Does Tracy McGrady Dead or Alive?

As per our current Database, Tracy McGrady is still alive (as per Wikipedia, Last update: May 10, 2020).

Currently, Tracy McGrady is 43 years, 0 months and 3 days old. Tracy McGrady will celebrate 44rd birthday on a Wednesday 24th of May 2023. Below we countdown to Tracy McGrady upcoming birthday.

Tracy McGrady’s zodiac sign is Gemini. According to astrologers, Gemini is expressive and quick-witted, it represents two different personalities in one and you will never be sure which one you will face. They are sociable, communicative and ready for fun, with a tendency to suddenly get serious, thoughtful and restless. They are fascinated with the world itself, extremely curious, with a constant feeling that there is not enough time to experience everything they want to see.

Tracy McGrady was born in the Year of the Goat. Those born under the Chinese Zodiac sign of the Goat enjoy being alone in their thoughts. They’re creative, thinkers, wanderers, unorganized, high-strung and insecure, and can be anxiety-ridden. They need lots of love, support and reassurance. Appearance is important too. Compatible with Pig or Rabbit.

7-time NBA All-Star known as T-MAC who was one of the league's top scorers while playing for the Orlando Magic and Houston Rockets. He led the NBA in scoring in 2002-03 and 2003-04.

After being named High School Player of the Year at Mount Zion Christian Academy in Durham, North Carolina, he skipped college and went directly into the NBA Draft where he was picked 9th overall by the Toronto Raptors in 1997.

One of the most remarkable performances of his career came in a game on December 9, 2004, when his Rockets faced the San Antonio Spurs and he scored an unthinkable 13 points - four straight three-pointers and a free throw - in the last 35 seconds of the game to lift the Rockets to an 81-80 victory.

He married Clerenda McGrady in 2006 and he has two daughters, Laycee and Layla, and two sons, Laymen and Layden. His third cousin is Vince Carter, an NBA star that he played with on the Toronto Raptors.

He was on a great Houston Rockets team alongside star Chinese center Yao Ming, but they could never get past the second round of the playoffs. 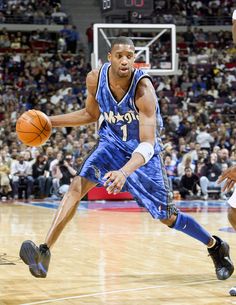 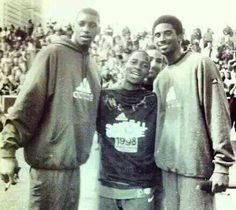 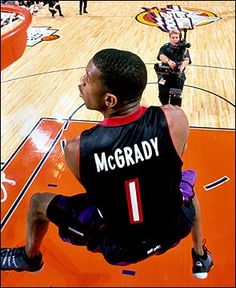 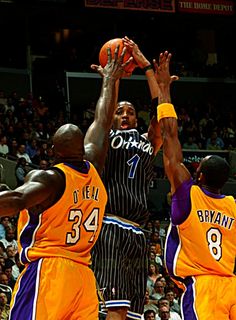 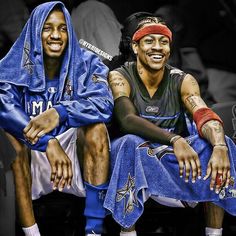 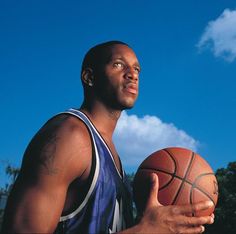 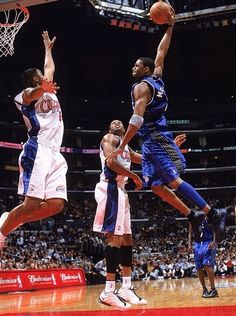 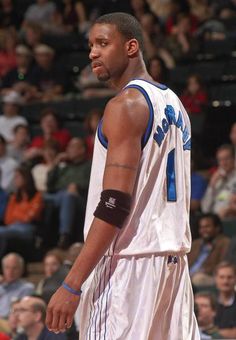 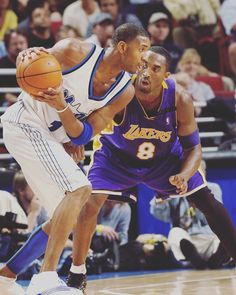 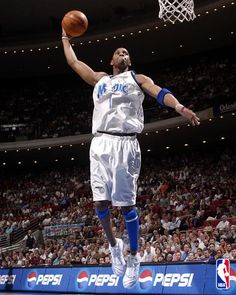