Thomas Friedkin was born on August 29, 1935 in United States. Thomas Friedkin's fortune comes from Gulf States Toyota, a firm with the exclusive rights to import Toyotas in Texas, Arkansas, Louisiana, Mississippi, and Oklahoma. The firm has operated since 1968 and profits from car parts as well. He also owns two Lexus dealerships in Houston. A former Hollywood stunt pilot and actor, he is credited in 10 movies. He owns a big collection of World War II fighter planes. He and his family have donated more than $100 million to wildlife conservation efforts in Tanzania. He also supports environmental groups in Texas.
Thomas Friedkin is a member of Automotive

Does Thomas Friedkin Dead or Alive?

Thomas Friedkin’s zodiac sign is Virgo. According to astrologers, Virgos are always paying attention to the smallest details and their deep sense of humanity makes them one of the most careful signs of the zodiac. Their methodical approach to life ensures that nothing is left to chance, and although they are often tender, their heart might be closed for the outer world. This is a sign often misunderstood, not because they lack the ability to express, but because they won’t accept their feelings as valid, true, or even relevant when opposed to reason. The symbolism behind the name speaks well of their nature, born with a feeling they are experiencing everything for the first time.

Thomas Friedkin was born in the Year of the Pig. Those born under the Chinese Zodiac sign of the Pig are extremely nice, good-mannered and tasteful. They’re perfectionists who enjoy finer things but are not perceived as snobs. They enjoy helping others and are good companions until someone close crosses them, then look out! They’re intelligent, always seeking more knowledge, and exclusive. Compatible with Rabbit or Goat. 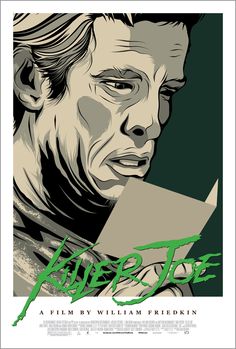 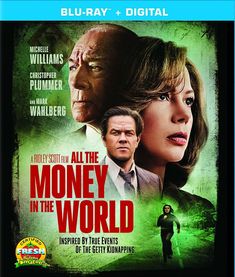 Thomas Friedkin was the son of Jean and Kenny Friedkin. His Father was a combat pilot and trainer with the British Royal Air Force during World War II. After the war, his Father opened Friedkin Aeronautics, a FLIGHT school in San Diego, California, before founding Pacific Southwest Airlines in 1949 with a single leased DC-3. In 1958, it carried nearly 300,000 passengers. Friedkin learned to fly while he was a youth and in 1962, started working as a pilot for PSA.

During the 1960s, one of Friedkin's hobbies was racing cars. He was friends with Carroll Shelby who had turned down an offer to become a distributor for Toyota Motors. Shelby introduced Friedkin to Toyota and Friedkin founded Gulf States Toyota Distributors (GST). Friedkin has built GST into a multibillion-dollar franchise that buys Toyota, Scion and Lexus cars wholesale and sells them—as well as parts and service—to about 150 dealerships in his franchise states of Arkansas, Louisiana, Mississippi, Oklahoma and Texas. GST's sales account for nearly 13% of Toyota sales in the United States. GST is a wholly owned subsidiary of the Friedkin Companies and ranked 53rd on the Forbes 2008 list of America's Largest Private Companies with revenues estimated at $5.7 billion.

In 1962, Friedkin's Father died abruptly of a cerebral hemorrhage at age 47. In 1963, PSA went public and soon after, his mother also died, making the younger Friedkin the largest shareholder of the airline. Although he had a seat on the Board of Directors, he continued working as a full-time pilot for the carrier. The airline continued operating until 1988 reaching $500 million in revenues, when US Airways purchased the carrier for $400 million. Friedkin received just $3.4 million.

He was a Grand National Owner from 1965–1969 and two of his drivers, Jim Paschal and Bobby Allison were moderately successful. Tom Friedkin was friends with Bill Thomas of Bill Thomas Race Cars in Anaheim California and creator of the Bill Thomas Cheetah. Bill Thomas Race Cars built one of the first sprint cup cars for Friedkin enterprises in 1965 for driver Jim Paschal to race in the 1965 season. It was a 1965 Impala powered by a new secret 396 Chevrolet big block engine that was bored to 427 cubic inches. Friedkin's close friend Carroll Shelby, the Texan who was famous for designing the Shelby Cobra and the Shelby Mustang for Ford, would probably be a Billionaire today if he had accepted Toyota's 1968 offer to become an automobile distributor. According to Shelby, "I turned it down because I went to Lee Iacocca, and he told me not to take it because the domestic makers were going to push the Japanese back into the ocean. In the end I was just 'dumb' for listening to him at all."

For several years, Friedkin co-owned the Miss Budweiser with Bernie Little. The Hydroplane boat won American Power Boat Association Gold Cup Races in 1969, 1970, and 1973. He also owned a North American F-86F Sabre, a Chinese Air Force MiG-15, a Republic P-47D Thunderbolt and the General Motors version of a Grumman F4F Wildcat, among other planes. Many have been used in motion picture and television production. When asked to allow his F4U Corsair to be used in the television show Baa Baa Black Sheep, Friedkin insisted on piloting it himself; he has since flown in several films. Friedkin is a member of the Screen Actors Guild and the Motion Picture Pilots Association.

Friedkin hunted big game in Africa, having started his own game-hunting company in Botswana in 1972, which he sold in 1997. In 1989, he chose to hunt in Tanzania and after purchasing a preserve there, began Tanzania Game Tracker Safaris. The new company charges $2,000 a day, but returns some profits through the Friedkin Conservation Fund, a non-governmental organization established in 1994 that operates in Tanzania.

By 2001, Tom Friedkin, then 66, had turned over responsibility for running the holding firm and its 3,000 employees to son Dan, but remained chairman and was content to dispense advice. "I'm kind of a bum these days," he told Forbes. "I am not a greedy person, and I don't have to make the last dollar there ever was."

The Friedkin Companies, the owner of Gulf States Toyota, contributed $2 million in 2005 to establish the Friedkin Disaster Relief Fund to help provide relief to Hurricane Katrina victims who worked for Toyota and other dealerships. The Friedkin Foundation takes care of his philanthropic activities.

In 2011, Dan was named the head of the Texas Parks and Wildlife Commission by Texas governor Rick Perry.

Thomas Friedkin died after a short illness on March 14, 2017.