Stephanie Lemelin was born on June 29, 1979 in  Sewell, New Jersey, United States, is Actress, Writer, Producer. Stephanie Lemelin is a versatile actress appearing in both TV and film, comedies and dramas, and lending her unique voice to many cartoons, movies, video games, and commercials. In 2007, she also co-wrote and produced two movies with the company In-Motion Pictures.Stephanie began acting professionally soon after moving to L.A. in 2001, following her graduation from the University of Pennsylvania, where she majored in Communications with a minor in English. During her junior year, she spent a year abroad at UNSW (Sydney, Australia), interning for Network 9 as a production assistant.Born in southern New Jersey to a mom from Philly and a dad from Quebec,Stephanie grew up outside of Philadelphia until she was 10. In the winters, her family (including brother Brian) lived wherever her Dad was playing hockey, which included: Atlanta, Georgia; Calgary, Alberta, Canada; and Boston, Massachusetts. She credits these moves as her first experiences in acting, learning to blend in different towns and cities at a young age.As of 2012, Stephanie had been cast in 13 consecutive TV pilots (several of which went to series) including Satisfaction (CTV) Men At Work (TNT), The Whole Truth(ABC), Bunker Hill (TNT), Canned(ABC), Good Behavior(ABC), Cavemen(ABC), The Funkhousers (ABC), as well as FOX's Worst Week of My Life, Dirtbags, and Titletown, and had a lead in the SyFy Channel's original TV movie/back door pilot -- Anonymous Rex,based on the books by Eric Garcia. Stephanie has also guest-starred in many network shows, with comedic and dramatic roles on Bones(Fox), Brothers and Sisters (ABC), The League (FX), The Closer (TNT), Melissa & Joey (ABC Family), CSI: Las Vegas (CBS), Malcolm in the Middle (Fox), Rules of Engagement (CBS), Run of the House (WB), Out of Practice (CBS), The Mullets (UPN). Her network television debut was on the critically acclaimed but short-lived Fox show, Undeclared, in which she was cast after one month of moving to LA.In 2008, Stephanie began adding voice-over credits to her resume. Her first big gig was as Mei Ling in the Dreamworks Kung Fu Panda franchise. She also appears as the voice in several commercials, including some by Taco Bell, Nintendo 3DS, Lunchables, and Supercuts. However her break-out v/o role was series regular Artemis on Cartoon Network's "Young Justice", where she also played Tigress, Catherine Colbert, and the voice of The Computer. She also appears as Sporty Shorty in the children's cartoon "Twinkletoes", and had a recurring role as Nurse Lady Pam on Nickelodeon's "Fan Boy & Chum Chum." Additionally, Stephanie has voiced numerous characters in video games-- from the leading role in Sunset Overdrive, to Misty in Call of Duty: Black Ops 2, to a killer nun in Hitman: Absolution, to the role of Eep in The Croods video game, along with reprising the role of Artemis in Young Justice: Legacy.Personal life: In 2007, Stephanie married her longtime boyfriend, martial artist and Krav Maga third degree black belt A.J. Draven. Before kids the two were very active in the dog rescue community, with two of their own rescued dogs, pit bull mixes, named Brucely & Stanley. Brucely was adopted from the South Los Angeles Shelter, and Stanley (named for the Stanley cup) was rescued off the streets of New Orleans while Stephanie was volunteering post Hurricane Katrina. In 2010, Stephanie joined the board of the non-profit Angel City Pit Bulls. She also volunteered with Best Friends Animal Society and NKLA.In March of 2013, Stephanie & AJ welcomed their first child, a son, named Xavier. Two years later, they welcome identical twin girls, Lola & Rocky. Following their births, Stephanie's husband AJ Draven launched his own YouTube channel in the Summer of 2017, dedicated to Krav Maga self defense, health, and wellness... and she often appears alongside him in his tutorials with their children.
Stephanie Lemelin is a member of Actress

Does Stephanie Lemelin Dead or Alive?

As per our current Database, Stephanie Lemelin is still alive (as per Wikipedia, Last update: May 10, 2020).

Stephanie Lemelin’s zodiac sign is Cancer. According to astrologers, the sign of Cancer belongs to the element of Water, just like Scorpio and Pisces. Guided by emotion and their heart, they could have a hard time blending into the world around them. Being ruled by the Moon, phases of the lunar cycle deepen their internal mysteries and create fleeting emotional patterns that are beyond their control. As children, they don't have enough coping and defensive mechanisms for the outer world, and have to be approached with care and understanding, for that is what they give in return.

Stephanie Lemelin was born in the Year of the Goat. Those born under the Chinese Zodiac sign of the Goat enjoy being alone in their thoughts. They’re creative, thinkers, wanderers, unorganized, high-strung and insecure, and can be anxiety-ridden. They need lots of love, support and reassurance. Appearance is important too. Compatible with Pig or Rabbit. 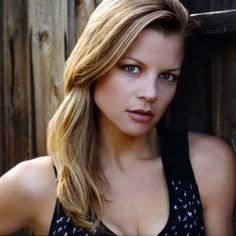 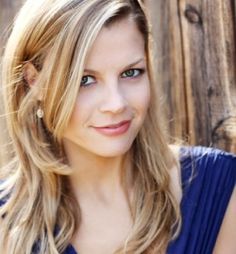 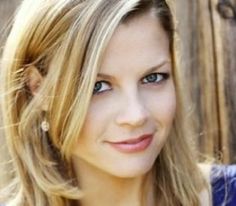 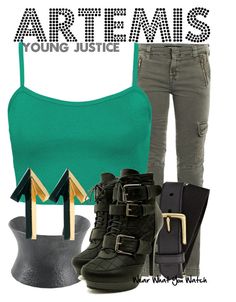 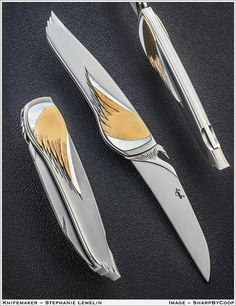 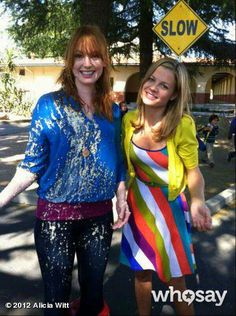 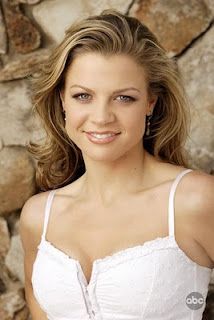 Lemelin graduated in 2001 from the University of Pennsylvania, majoring in communications and minoring in English. During her junior year, she spent a year abroad at the University of New South Wales in Sydney, Australia, while also interning for Network 9 as a production assistant.

In 2007, she joined In-Motion Pictures as a Writer and Producer of independent films. She co-wrote screenplays for Absolute Fear (formerly known as Project Fear) and Special Ops (formerly titled Disarmed). In 2008, Lemelin began voice-over work, playing an animated character in the DreamWorks' Kung Fu Panda franchise, as well as voicing several commercials. She is most known for her series regular role on the Cartoon Network's popular cartoon, Young Justice. In November 2016, production began for the third season of the Young Justice series with Lemelin as a cast member.

In 2010, Lemelin joined the board of the nonprofit Angel City Pit Bulls. Since 2002, she has regularly volunteered with Los Angeles-based Free Arts for Abused Children, and she is a regular volunteer for Best Friends Animal Society, including for its Pup My Ride program, which transports small dogs from high-kill animal shelters to other parts of the United States where there is a greater demand for small dogs.

As of 2011, in addition to acting in several studio and independent films (Playdate, WER, Get the Gringo, Absolute Fear, and The Republic of Two), Lemelin has been cast in 12 consecutive TV pilots (several of which went to series), including Men At Work (TNT), $h*! My Dad Says (CBS), The Whole Truth (ABC), Bunker Hill (TNT), Canned (ABC), Good Behavior (ABC), Cavemen (ABC), The Funkhousers (ABC), as well as FOX's Worst Week of My Life, Dirtbags, and Titletown, and had a lead in the SciFi Channel's original TV movie/back door pilot Anonymous Rex based on the books by Eric Garcia. Lemelin has also guest-starred in many network shows, with comedic and dramatic roles on Bones (FOX), The Mentalist (CBS), Brothers and Sisters (ABC), The League (FX), The Closer (TNT), Melissa & Joey (ABC Family), CSI: Las Vegas (CBS), Malcolm in the Middle (Fox), Rules of Engagement (CBS), Run of the House (WB), Out of Practice (CBS) and The Mullets (UPN). Her network television debut was on the critically acclaimed but short-lived Fox show Undeclared, in which she was cast one month after moving to Los Angeles.