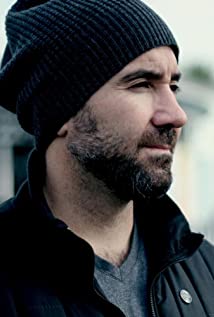 As per our current Database, Ricardo de Montreuil is still alive (as per Wikipedia, Last update: May 10, 2020).

Ricardo de Montreuil’s zodiac sign is Taurus. According to astrologers, Taurus is practical and well-grounded, the sign harvests the fruits of labor. They feel the need to always be surrounded by love and beauty, turned to the material world, hedonism, and physical pleasures. People born with their Sun in Taurus are sensual and tactile, considering touch and taste the most important of all senses. Stable and conservative, this is one of the most reliable signs of the zodiac, ready to endure and stick to their choices until they reach the point of personal satisfaction.

Ricardo de Montreuil was born in the Year of the Tiger. Those born under the Chinese Zodiac sign of the Tiger are authoritative, self-possessed, have strong leadership qualities, are charming, ambitious, courageous, warm-hearted, highly seductive, moody, intense, and they’re ready to pounce at any time. Compatible with Horse or Dog.

LOWRIDERS made close to three million dollars in its opening in the US, with barely 300 screens, having the highest average per theater in the US that weekend.His debut feature film, LA MUJER DE MI HERMANO enjoyed both the largest release and opening weekend box-office for a Spanish language film in the USA at the time.

His second film MANCORA was selected for competition in the World Drama category at the Sundance Film Festival, where it premiered in 2008.De Montreuil is developing a feature version of his short film THE RAVEN for Universal Pictures with Mark Wahlberg producing.

He is also working with Samantha Vincent and One Race Film on THE OMEGA, an original sci-fi horror script written by de Montreuil, and Elizabeth Avellan on the sci-fi thriller SAVE ME, based on his original idea.

De Montreuil is a former VP Creative Director at NBC Universal's mun2. Since his involvement the channel had massive rating growth, becoming the number one Hispanic cable channel in the US. Prior to this, De Montreuil was Senior Creative at MTV Networks Latin America, where he oversaw the overall promotional design for the MTV channels throughout the Latin American region.