Louis Kahn was born on February 20, 1901 in Kuressaare, Governorate of Estonia, Russian Empire, United States, is Architect. Louis Kahn was one of the most revered architects of his time. He worked in various capacities for several architectural firms and founded his own business soon after. Kahn continued practicing as an architect and also became a professor at Yale School of Architecture and at the School of Design in the University of Pennsylvania. Most of his designs were colossal and extremely avant-garde, way ahead of the time in terms of design and styling. He was honored with a number of medals and at the time of his death, Kahn was known to the world as 'America's foremost living architect'. Some of his grandest and most iconic projects include the 'Urban and Traffic Study', 'Yale University Art Gallery', 'The Salk Institute', the 'Indian Institute of Management, Ahmedabad' and the 'Center of Philadelphia'.
Louis Kahn is a member of Architects

Does Louis Kahn Dead or Alive?

Louis Kahn’s zodiac sign is Pisces. According to astrologers, Pisces are very friendly, so they often find themselves in a company of very different people. Pisces are selfless, they are always willing to help others, without hoping to get anything back. Pisces is a Water sign and as such this zodiac sign is characterized by empathy and expressed emotional capacity.

Louis Kahn was born in the Year of the Ox. Another of the powerful Chinese Zodiac signs, the Ox is steadfast, solid, a goal-oriented leader, detail-oriented, hard-working, stubborn, serious and introverted but can feel lonely and insecure. Takes comfort in friends and family and is a reliable, protective and strong companion. Compatible with Snake or Rooster. 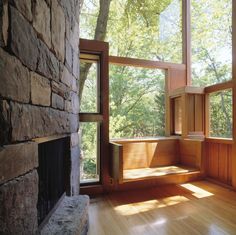 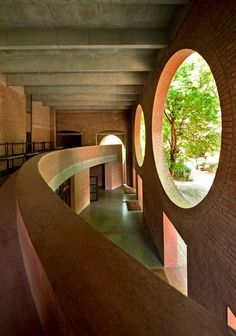 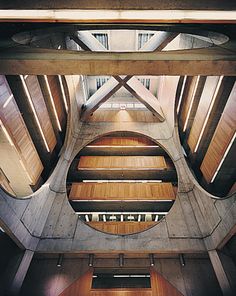 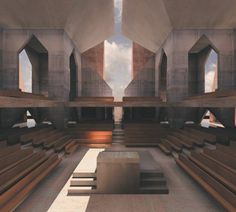 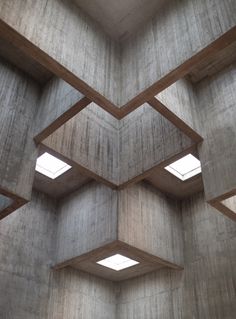 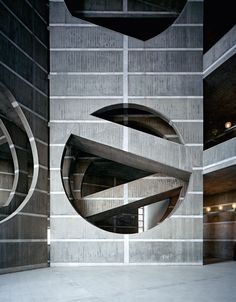 In the center of town the streets should become buildings. This should be interplayed with a sense of movement which does not tax local streets for non-local traffic. There should be a system of viaducts which encase an area which can reclaim the local streets for their own use, and it should be made so this viaduct has a ground floor of shops and usable area. A model which I did for the Graham Foundation recently, and which I presented to Mr. Entenza, showed the scheme.

Kahn was elected a Fellow in the American Institute of Architects (AIA) in 1953. He was made a member of the National Institute of Arts and Letters in 1964. He was awarded the Frank P. Brown Medal in 1964. In 1965 he was elected into the National Academy of Design as an Associate Academician. He was made a member of the American Academy of Arts and Sciences in 1968 and awarded the AIA Gold Medal, the highest award given by the AIA, in 1971, and the Royal Gold Medal by the RIBA, in 1972.

Kahn had three children with three women. With his wife, Esther (1905-1996), whom he married in 1930, he had a daughter, Sue Ann. With Anne Tyng, who began her working collaboration and personal relationship with Kahn in 1945, he also had a daughter, Alexandra. When Tyng became pregnant in 1953, to mitigate the scandal, she went to Rome, Italy, for the birth of their daughter. With Harriet Pattison, he had a son, Nathaniel Kahn.

In 1906, his family emigrated to the United States, as they feared that his Father would be recalled into the military during the Russo-Japanese War. His birth year may have been inaccurately recorded in the process of immigration. According to his son's 2003 documentary film, the family could not afford pencils. They made their own charcoal sticks from burnt twigs so that Louis could earn a little money from drawings. Later he earned money by playing piano to accompany silent movies in theaters. He became a naturalized citizen on May 15, 1914. His Father changed their name to Kahn in 1915.

Kahn trained at the University of Pennsylvania in a rigorous Beaux-Arts tradition, with its emphasis on drawing. After completing his Bachelor of Architecture in 1924, Kahn worked as senior draftsman in the office of the city Architect, John Molitor. He worked on the designs for the 1926 Sesquicentennial Exposition.

In 1928, Kahn made a European tour. He was interested particularly in the medieval walled city of Carcassonne, France, and the castles of Scotland, rather than any of the strongholds of classicism or modernism. After returning to the United States in 1929, Kahn worked in the offices of Paul Philippe Cret, his former studio critic at the University of Pennsylvania, and then with Zantzinger, Borie and Medary in Philadelphia.

Among the more important of Kahn's early collaborations was one with George Howe. Kahn worked with Howe in the late 1930s on projects for the Philadelphia Housing Authority and again in 1940, along with German-born Architect Oscar Stonorov, for the design of housing developments in other parts of Pennsylvania. A formal architectural office partnership between Kahn and Oscar Stonorov began in February 1942 and ended in March 1947, which produced fifty-four documented projects and buildings.

In 1932, Kahn and Dominique Berninger founded the Architectural Research Group, whose members were interested in the populist social agenda and new aesthetics of the European avant-gardes. Among the projects Kahn worked on during this collaboration are schemes for public housing that he had presented to the Public Works Administration, which supported some similar projects during the Great Depression. They remained unbuilt.

Kahn did not arrive at his distinctive architectural style until he was in his fifties. Initially working in a fairly orthodox version of the International Style, he was influenced vitally by a stay as Architect in Residence at the American Academy in Rome during 1950, which marked a turning point in his career. After visiting the ruins of ancient buildings in Italy, Greece, and Egypt, he adopted a back-to-the-basics approach. He developed his own style as influenced by earlier modern movements, but not limited by their sometimes-dogmatic ideologies.

Kahn was elected a Fellow in the American Institute of Architects (AIA) in 1953. He was made a member of the National Institute of Arts and Letters in 1964. He was awarded the Frank P. Brown Medal in 1964. In 1965 he was elected into the National Academy of Design as an Associate Academician. He was made a member of the American Academy of Arts and Sciences in 1968 and awarded the AIA Gold Medal, the highest award given by the AIA, in 1971, and the Royal Gold Medal by the RIBA, in 1972.

In 1961 he received a grant from the Graham Foundation for Advanced Studies in the Fine Arts to study traffic movement in Philadelphia and to create a proposal for a viaduct system.

He described this proposal at a lecture given in 1962 at the International Design Conference in Aspen, Colorado:

In 1974, Kahn died of a heart attack in a restroom at Penn Station in Manhattan. He had just returned from a work trip to India. Owing to police miscommunications in both New York City and Philadelphia, his wife and his office were not notified until two days after his death. After his long career, he was in debt when he died.

Pulitzer Prize-winning Composer Lewis Spratlan, with collaborators Jenny Kallick and John Downey (Amherst College class of 2003), composed the chamber opera Architect as a character study of Kahn. The premiere recording was due to be released in 2012 by Navona Records.

A group spearheaded by william J. vanden Heuvel raised over $50 million in public and private funds between 2005 and 2012 to establish the memorial. Franklin D. Roosevelt Four Freedoms Park officially opened to the public on October 24, 2012.