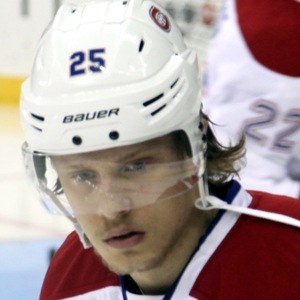 As per our current Database, Jacob de la Rose is still alive (as per Wikipedia, Last update: May 10, 2020).

Jacob de la Rose’s zodiac sign is Taurus. According to astrologers, Taurus is practical and well-grounded, the sign harvests the fruits of labor. They feel the need to always be surrounded by love and beauty, turned to the material world, hedonism, and physical pleasures. People born with their Sun in Taurus are sensual and tactile, considering touch and taste the most important of all senses. Stable and conservative, this is one of the most reliable signs of the zodiac, ready to endure and stick to their choices until they reach the point of personal satisfaction.

Jacob de la Rose was born in the Year of the Pig. Those born under the Chinese Zodiac sign of the Pig are extremely nice, good-mannered and tasteful. They’re perfectionists who enjoy finer things but are not perceived as snobs. They enjoy helping others and are good companions until someone close crosses them, then look out! They’re intelligent, always seeking more knowledge, and exclusive. Compatible with Rabbit or Goat.

With a passion for the sport early on, he was selected in 2013 as the 34th overall pick of the NHL Draft. He went on to score his first point in his fifth NHL game in February of 2015. He then went on to serve as Sweden's captain during the 2015 World Junior Ice Hockey Championships.

He is known for helping the Swedish national team win the gold medal at the Ice Hockey World Championships in Denmark in 2018.

He was born and raised in Arvika, Sweden. His father Anders is a retired ice hockey player and youth coach who helped inspire him in his career.

He played alongside Filip Forsberg on the Leksand IF team as well as the Swedish national team.