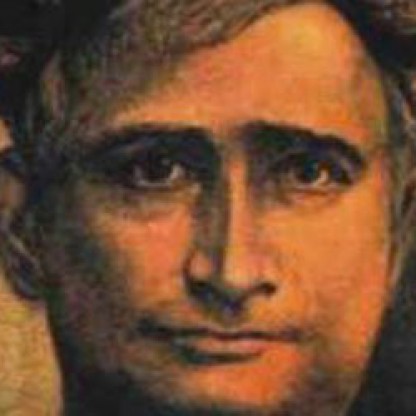 Bankim Chandra Chattopadhyay was born on June 27, 1838 in Kanthalpara, Bengal, Indian. Bankim Chandra Chattopadhyay was a famous Bengali poet, writer and journalist. He was the author of Anandamath containing the National Song of India - Vande Mataram. He is credited with initiating the cultural resurgence of Bengal by giving its people intellectually refreshing material to read, through his literary campaign. He graduated from Presidency College in Arts and later obtained a degree in Law from the University of Calcutta and became Deputy Collector just like his father. He was into government service for thirty two years and was later made the Companion, Order of the Indian Empire (1894). His literary interest was always alive but he discovered it further when he started publishing his Bengali romantic novels. His famous novels include Kapalkundala (1866), Mrinalini (1869), Chandrasekhar (1877), Devi Chaudhurani (1884), Anandmath (1882), etc. He also published a monthly literary magazine called Bangadarshan in which he published novels, stories, humorous sketches, historical essays, informative articles, religious discourses, literary criticisms and reviews. Bankim inspired a number of prominent Indian personalities with his work and ideas—Bipin Chandra Pal decided to start a patriotic journal in 1906, by the name of Vande Mataram, after Bankim's song and Lala Lajpat Rai also published a journal of the same name.
Bankim Chandra Chattopadhyay is a member of Writers

Bankim Chandra Chattopadhyay’s zodiac sign is Cancer. According to astrologers, the sign of Cancer belongs to the element of Water, just like Scorpio and Pisces. Guided by emotion and their heart, they could have a hard time blending into the world around them. Being ruled by the Moon, phases of the lunar cycle deepen their internal mysteries and create fleeting emotional patterns that are beyond their control. As children, they don't have enough coping and defensive mechanisms for the outer world, and have to be approached with care and understanding, for that is what they give in return.

Bankim Chandra Chattopadhyay was born in the Year of the Dog. Those born under the Chinese Zodiac sign of the Dog are loyal, faithful, honest, distrustful, often guilty of telling white lies, temperamental, prone to mood swings, dogmatic, and sensitive. Dogs excel in business but have trouble finding mates. Compatible with Tiger or Horse. 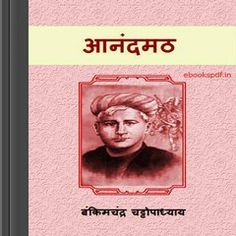 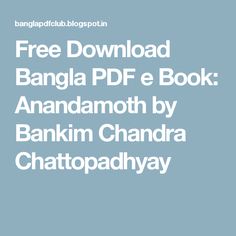 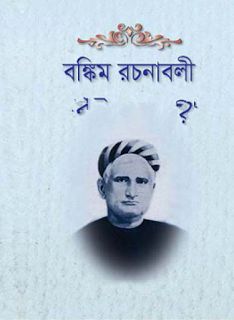 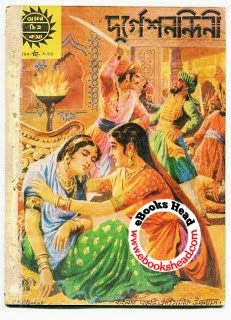 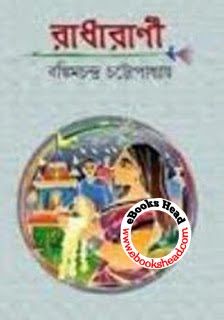 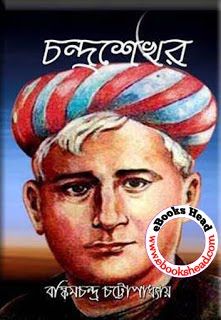 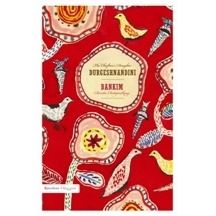 Have you read the Poison Tree
of Bankim Chandra Chatterjee?

He was educated at the Hooghly Mohsin College and later at the Presidency College, graduating with a degree in Arts [Law] in 1858. He was one of the first two graduates of the University of Calcutta namely he and Jadunath Bose. He later obtained a degree in Law as well, in 1869.

Chattopadhyay was married at a very young age of eleven. He had a son with his first wife, who died in 1859. He later married Rajalakshmi Devi with whom he had three daughters.

Chattopadhyay's earliest publications were in Ishwar Chandra Gupta's weekly newspaper Sangbad Prabhakar. Following the model of Ishwar Chandra Gupta, he began his literary career as a Writer of verse. His majestic talents showed him other directions, and turned to fiction. His first attempt was a novel in Bengali submitted for a declared prize. He did not win the prize, and the novelette was never published. His first fiction to appear in print was Rajmohan's Wife. It was written in English and is regarded as the first Indian novel to be written in English. He couldn't gain any praise by writing his novel in English, realizing the fact that he couldn't have a smooth literary career if he wrote in English, he turned his attention towards Bengali literature. Durgeshnondini, his first Bengali romance and the first ever novel in Bengali, was published in 1865.

Kapalkundala (1866) is Chattopadhyay's first major publication. The heroine of this novel, named after the mendicant woman in Bhavabhuti's Malatimadhava, is modelled partly after Kalidasa's Shakuntala and partly after Shakespeare's Miranda. The hero of this novel was Nabakumar. However, the partial similarities are only inferential analysis by critics, and Chattopadhyay's heroine may be completely his original. He had chosen Dariapur in Contai Subdivision as the background of this famous novel.

His next romance, Mrinalini (1869), marks his first attempt to set his story against a larger historical context. This book marks the shift from Chattopadhyay's early career, in which he was strictly a Writer of romances, to a later period in which he aimed to stimulate the intellect of the Bengali speaking people and bring about a cultural renaissance of Bengali literature.

Chattopadhyay started publishing a monthly literary magazine Bangadarshan in April 1872, the first edition of which was filled almost entirely with his own work. The magazine carried serialised novels, stories, humorous sketches, historical and Miscellaneous essays, informative articles, religious discourses, literary criticisms and reviews. Vishabriksha (The Poison Tree, 1873) is the first novel of Chattopadhyay that appeared serially in Bangodarshan.

Chattopadhyay's humorous sketches are his best known works other than his novels. Kamalakanter Daptar (From the Desk of Kamalakanta, 1875; enlarged as Kamalakanta, 1885) contains half humorous and half serious sketches. Kamalakanta is an opium-addict, similar to De Quincey's Confessions of an English Opium-Eater, but Bankim Chandra goes much beyond with his deft handling of sarcastic, political messages that Kamalakanta delivers.

Chattopadhyay's next major novel was Chandrasekhar (1877), which contains two largely unrelated parallel plots. Although the scene is once shifted back to eighteenth century, the novel is not historical. His next novel was Rajani (1877), which features an autobiographical plot, with a blind girl in the title role. Autobiographical plots had been used in Wilkie Collins' "A Woman in White", and a precedent for blind girl in a central role existed in Edward Bulwer-Lytton's Nydia in "The Last Days of Pompeii", though the similarities of Rajani with these publications end there.

In Krishnakanter Will (Krishnakanta's Will, 1878) Chattopadhyay produced a complex plot. It was a brilliant depiction of contemporary India and its lifestyle and corruption. In that complexity, critics saw resemblance to Western novels.

One of the many novels of Chattopadhyay that are entitled to be termed as historical fiction is Rajsimha (1881, rewritten and enlarged 1893). Anandamath (The Abbey of Bliss, 1882) is a political novel which depicts a Sannyasi (Hindu ascetic) army fighting the British Soldiers. The book calls for the rise of Indian nationalism. The novel was also the source of the song Vande Mataram (I worship my Motherland for she truly is my mother) which, set to music by Rabindranath Tagore, was taken up by many Indian nationalists, and is now the National Song of India. The plot of the novel is loosely set on the Sannyasi Rebellion. He imagined untrained Sannyasi Soldiers fighting and beating the highly experienced British Army; ultimately however, he accepted that the British cannot be defeated. He categorically claimed that the British are not the enemy but friends; the Muslims are the real enemy. Hence, this novel is also termed communal in nature. The novel first appeared in serial form in Bangadarshan, the literary magazine that Chattopadhyay founded in 1872. Vande Mataram became prominent during the Swadeshi movement, which was sparked by Lord Curzon's attempt to partition Bengal into a Hindu majority West and a Muslim majority East. Drawing from the Shakti tradition of Bengali Hindus, Chattopadhyay personified India as a Mother goddess, which gave the song a Hindu undertone that would prove to be problematic for some Muslims.

Chattopadhyay's next novel, Devi Chaudhurani, was published in 1884. His final novel, Sitaram (1886), tells the story of a local Hindu lord, torn between his wife and the woman he desires but unable to attain, makes a series of blunders and takes arrogant, self-destructive decisions. Finally, he must confront his self and motivate the few loyal Soldiers that stand between his estate and the Muslim Nababs army about to take over.

He was appointed as Deputy Collector, just like his father, of Jessore, Chattopadhyay went on to become a Deputy Magistrate, retiring from government Service in 1891. His years at work were peppered with incidents that brought him into conflict with the ruling British. However, he was made a Companion, Order of the Indian Empire in 1894.

When Bipin Chandra Pal decided to start a patriotic journal in August 1906, he named it Vande Mataram, after Chattopadhyay's song. Lala Lajpat Rai also published a journal of the same name.

Critics, like Pramathnath Bishi, consider Chattopadhyay as the best Novelist in Bangla literature. Their belief is that few Writers in world literature have excelled in both philosophy and art as Bankim has done. They have felt that in a colonised nation Bankim could not overlook politics. He was one of the first intellectuals who wrote in a British colony, accepting and rejecting the status at the same time. Bishi also rejects the division of Bankim in 'Bankim the artist' and 'Bankim the moralist' – for Bankim must be read as a whole. The Artist in Bankim cannot be understood unless you understand him as a moralist and vice versa.

Chattopadhyay's commentary on the Gita was published eight years after his death and contained his comments up to the 19th Verse of Chapter 4. Through this work, he attempted to reassure Hindus who were increasingly being exposed to Western ideas. His belief was, that there was "No serious hope of progress in India except in Hinduism-reformed, regenerated and purified". He wrote an extensive commentary on two verses in particular - 2.12 and 2.13 - which deal with the immortality of the soul and its reincarnation