Gilbert K. Chesterton was born on May 29, 1874 in Kensington, British, is Writer. Gilbert Keith Chesterton, better known as G. K. Chesterton, was a prominent literary figure of the 20th century London. He was a highly versatile individual who was as respected as a writer as he was for being an orator and Christian apologist. His works covered a wide range of genres and he could write anything from poetry to drama, from biographies to crime novels, and about almost all imaginable topics. He was a religious man who was drawn closer to religion with age and eventually converted to Roman Catholicism. As a Christian, he wrote several apologies, the best known of which were ‘Orthodoxy’ and ‘The Everlasting Man’. He had a unique writing style characterized by the use of popular proverbs and allegories which he would twist according to his requirements, thus earning him the nickname ‘prince of paradox’. An outspoken man and a political thinker, he was apprehensive about both Progressivism and Conservatism. He never finished college and began his career as a manuscript reader for a publisher. Gradually he moved on to writing art criticisms and soon expanded his repertoire to include poetry, essays, articles and stories. He became well known as a writer of detective novels and as the creator of the fictional detective priest, Father Brown.
Gilbert K. Chesterton is a member of Writers

Gilbert K. Chesterton’s zodiac sign is Gemini. According to astrologers, Gemini is expressive and quick-witted, it represents two different personalities in one and you will never be sure which one you will face. They are sociable, communicative and ready for fun, with a tendency to suddenly get serious, thoughtful and restless. They are fascinated with the world itself, extremely curious, with a constant feeling that there is not enough time to experience everything they want to see.

Gilbert K. Chesterton was born in the Year of the Dog. Those born under the Chinese Zodiac sign of the Dog are loyal, faithful, honest, distrustful, often guilty of telling white lies, temperamental, prone to mood swings, dogmatic, and sensitive. Dogs excel in business but have trouble finding mates. Compatible with Tiger or Horse. 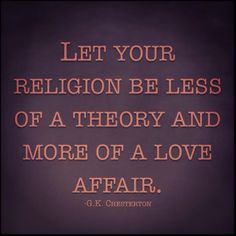 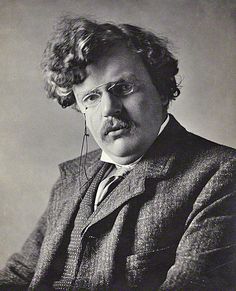 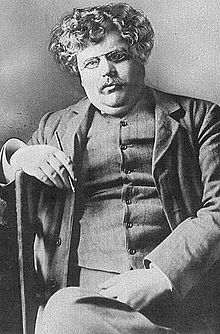 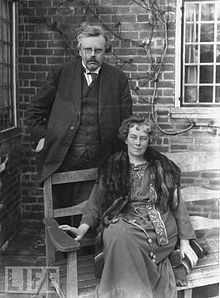 After belabouring a great many people for a great many years for being unprogressive, Mr. Shaw has discovered, with characteristic sense, that it is very doubtful whether any existing human being with two legs can be progressive at all. Having come to doubt whether humanity can be combined with progress, most people, easily pleased, would have elected to abandon progress and remain with humanity. Mr. Shaw, not being easily pleased, decides to throw over humanity with all its limitations and go in for progress for its own sake. If man, as we know him, is incapable of the philosophy of progress, Mr. Shaw asks, not for a new kind of philosophy, but for a new kind of man. It is rather as if a nurse had tried a rather bitter food for some years on a baby, and on discovering that it was not suitable, should not throw away the food and ask for a new food, but throw the baby out of window, and ask for a new baby.

In September 1895 Chesterton began working for the London publisher Redway, where he remained for just over a year. In October 1896 he moved to the publishing house T. Fisher Unwin, where he remained until 1902. During this period he also undertook his first journalistic work, as a freelance art and literary critic. In 1902 the Daily News gave him a weekly opinion column, followed in 1905 by a weekly column in The Illustrated London News, for which he continued to write for the next thirty years.

Chesterton married Frances Blogg in 1901; the marriage lasted the rest of his life. Chesterton credited Frances with leading him back to Anglicanism, though he later considered Anglicanism to be a "pale imitation". He entered full communion with the Catholic Church in 1922.

Another contemporary and friend from schooldays was Edmund Bentley, Inventor of the clerihew. Chesterton himself wrote clerihews and illustrated his friend's first published collection of poetry, Biography for Beginners (1905), which popularised the clerihew form. Chesterton was also godfather to Bentley's son, Nicolas, and opened his novel The Man Who Was Thursday with a poem written to Bentley.

Chesterton faced accusations of anti-Semitism during his lifetime, as well as posthumously. An early supporter of Captain Dreyfus, by 1906 he had turned into an anti-dreyfusard. From the early 20th century, his fictional work included caricatures of Jews, stereotyping them as greedy, cowardly, disloyal and communists.

The Marconi scandal of 1912–13 brought issues of anti-Semitism into the political mainstream, on the basis that senior ministers in the Liberal government had secretly profited from advanced knowledge of deals regarding wireless telegraphy. Some of the key players were Jewish. Historian Todd Edelman identifies Catholic Writers as central critics:

In Eugenics and Other Evils Chesterton attacked eugenics as Britain was moving towards passage of the Mental Deficiency Act 1913. Some backing the ideas of eugenics called for the government to sterilise people deemed "mentally defective"; this view did not gain popularity but the idea of segregating them from the rest of society and thereby preventing them from reproducing did gain traction. These ideas disgusted Chesterton who wrote, "It is not only openly said, it is eagerly urged that the aim of the measure is to prevent any person whom these propagandists do not happen to think intelligent from having any wife or children." He blasted the proposed wording for such measures as being so vague as to apply to anyone, including "Every tramp who is sulk, every labourer who is shy, every rustic who is eccentric, can quite easily be brought under such conditions as were designed for homicidal maniacs. That is the situation; and that is the point … we are already under the Eugenist State; and nothing remains to us but rebellion."

In a work of 1917, titled A Short History of England, Chesterton considers the royal decree of 1290 by which Edward I expelled Jews from England, a policy that remained in place until 1655. Chesterton writes that popular perception of Jewish moneylenders could well have led Edward I's subjects to regard him as a "tender father of his people" for "breaking the rule by which the rulers had hitherto fostered their bankers' wealth". He felt that Jews, "a sensitive and highly civilized people" who "were the capitalists of the age, the men with wealth banked ready for use", might legitimately complain that "Christian kings and nobles, and even Christian popes and bishops, used for Christian purposes (such as the Crusades and the cathedrals) the money that could only be accumulated in such mountains by a usury they inconsistently denounced as unchristian; and then, when worse times came, gave up the Jew to the fury of the poor".

Mayers also shows that Chesterton didn't just portray Jews as culturally and religiously distinct, but racially as well. Chesterton wrote The Feud of the Foreigner in 1920, saying that the Jew "is a foreigner far more remote from us than is a Bavarian from a Frenchman; he is divided by the same type of division as that between us and a Chinaman or a Hindoo. He not only is not, but never was, of the same race."

Chesterton's fence is the principle that reforms should not be made until the reasoning behind the existing state of affairs is understood (compare to the Precautionary principle). The quotation is from Chesterton's 1929 book, The Thing: Why I am a Catholic, in the chapter, "The Drift from Domesticity": "In the matter of reforming things, as distinct from deforming them, there is one plain and simple principle; a principle which will probably be called a paradox. There exists in such a case a certain institution or law; let us say, for the sake of simplicity, a fence or gate erected across a road. The more modern type of reformer goes gaily up to it and says, 'I don't see the use of this; let us clear it away.' To which the more intelligent type of reformer will do well to answer: 'If you don't see the use of it, I certainly won't let you clear it away. Go away and think. Then, when you can come back and tell me that you do see the use of it, I may allow you to destroy it.'"

In 1931, the BBC invited Chesterton to give a series of radio talks. He accepted, tentatively at first. However, from 1932 until his death, Chesterton delivered over 40 talks per year. He was allowed (and encouraged) to improvise on the scripts. This allowed his talks to maintain an intimate character, as did the decision to allow his wife and secretary to sit with him during his broadcasts.

Chesterton died of congestive heart failure on the morning of 14 June 1936, at his home in Beaconsfield, Buckinghamshire. His last known words were a greeting spoken to his wife. The homily at Chesterton's Requiem Mass in Westminster Cathedral, London, was delivered by Ronald Knox on 27 June 1936. Knox said, "All of this generation has grown up under Chesterton's influence so completely that we do not even know when we are thinking Chesterton." He is buried in Beaconsfield in the Catholic Cemetery. Chesterton's estate was probated at £28,389, approximately equivalent in 2012 terms to £1.3 million.

In 1974, Father Ian Boyd, C.S.B, founded The Chesterton Review, a scholarly journal devoted to Chesterton and his circle. The journal is published by the G.K. Chesterton Institute for Faith and Culture based in Seton Hall University, South Orange, New Jersey, US

Near the end of Chesterton's life, Pope Pius XI invested him as Knight Commander with Star of the Papal Order of St. Gregory the Great (KC*SG). The Chesterton Society has proposed that he be beatified. He is remembered liturgically on 13 June by the Episcopal Church, with a provisional feast day as adopted at the 2009 General Convention.

This style of argumentation is what Chesterton refers to as using 'Uncommon Sense' – that is, that the thinkers and popular Philosophers of the day, though very clever, were saying things that were nonsensical. This is illustrated again in Orthodoxy: "Thus when Mr. H. G. Wells says (as he did somewhere), 'All chairs are quite different', he utters not merely a misstatement, but a contradiction in terms. If all chairs were quite different, you could not call them 'all chairs'." Or, again from Orthodoxy: