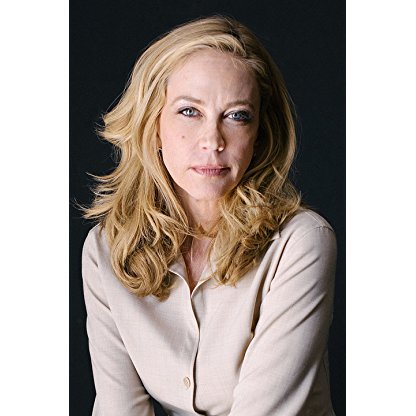 Ally Walker was born on August 25, 1961 in  Tullahoma, Tennessee, United States, is Actress, Writer, Producer. Ally Walker was born in Tullahoma, Tennessee and raised in Santa Fe, New Mexico. Actress Ally Walker studied biology and chemistry at the University of California Santa Cruz and went on to work for a genetic engineering firm in San Francisco. While spending a semester at Richmond College of the Arts in London, Ally became interested in theater but did not pursue it in lieu of her education in the sciences. After graduating with a science degree, Ally continued to work in genetic engineering, but her life changed one day when a producer discovered her in an L.A. restaurant and cast her in her first project.From that point on, Ally made her mark in both television and film, starring in daytime's Emmy-winning Santa Barbara (1984) and True Blue (1989), followed by the cult classic Singles (1992) and the action flick, Universal Soldier (1992). Ally then returned to TV, playing a private eye in the series Moon Over Miami (1993). It was during this time that Ally was offered the opportunity to test for both "Rachel" and "Monica" for NBC's Nhung Nguoi Ban (1994), choosing instead to take on a different type of comedic role in the film Steal Big Steal Little (1995), starring alongside Andy Garcia and directed by Andrew Davis.Although Walker has appeared in a number of big screen films, she is popularly remembered as "Ashley Bartlett Bacon", Peter Gallagher's girlfriend in While You Were Sleeping (1995). Her most notable role however, was that of "Dr. Samantha Waters" in Profiler (1996), where she played a forensic psychologist with a dark past. The show was a pioneer in what is now the forensic drama phenomenon, and combined the standard "whodunit" with an intuitive/psychic twist which changes the landscape of television. Many credit Profiler (1996) with paving the way for hit shows such as Doi Dieu Tra Hien Truong (2000), Medium (2005) and Tam Ly Vien (2008). At the time, Walker was the only single female lead on network television and it ranked in the top ten in worldwide syndication for several years that followed its run.Some have compared Ally to Leigh Anne Tuohy, who was portrayed by Sandra Bullock in the film The Blind Side (2009), for making her documentary, "For Norman...Wherever You Are". Shot in 2005, it chronicles Ally's experience through the Los Angeles Foster Care System, a journey that she was inspired to take after helping a one-year-old baby and his mother get off the streets. The film exposes the errors in the system, but never loses sight of the fact that the system itself is necessary. This heartfelt project won Best Documentary Feature at the San Fernando Valley International Film Festival, as well as the Champion of Conscience Award at Wine Country Film Festival. Ally returned to the small screen in HBO's "Tell Me You Love Me" (2007), a show that holds a special place in her heart. It was an honest depiction of people in relationships, filled with scenarios that were tender and raw. "To explore intimacy in such an honest, brave way was a dream come true for me", Walker says. "I had been brought up on the films of the 1970s, and the material we were given on the show was sort of a throwback to a time when films were about people, not car explosions". Ally also continued to be seen on the big screen, most recently starring in Toe to Toe (2009) and Wonderful World (2009), alongside Matthew Broderick.However, in a complete about face, Ally can now be seen as the sociopath, "ATF Agent June Stahl", on Giang Ho Dam Mau (2008), FX's dramatic hit series. Originally cast for three episodes by the show's creator, Kurt Sutter, Ally has been recurring every year, and is now on her third season.Walker has supported the Environmental Defense Fund and CYFC - Children Youth and Family Collaborative, among many other children's organizations. She resides in Santa Monica with her husband, three boys John Walker, William, Caleb, and her three dogs - Flora, Daisy and Flower, 2 mutts and a Rottweiler.
Ally Walker is a member of Actress

Does Ally Walker Dead or Alive?

As per our current Database, Ally Walker is still alive (as per Wikipedia, Last update: May 10, 2020).

Currently, Ally Walker is 60 years, 3 months and 9 days old. Ally Walker will celebrate 61rd birthday on a Thursday 25th of August 2022. Below we countdown to Ally Walker upcoming birthday.

Ally Walker’s zodiac sign is Virgo. According to astrologers, Virgos are always paying attention to the smallest details and their deep sense of humanity makes them one of the most careful signs of the zodiac. Their methodical approach to life ensures that nothing is left to chance, and although they are often tender, their heart might be closed for the outer world. This is a sign often misunderstood, not because they lack the ability to express, but because they won’t accept their feelings as valid, true, or even relevant when opposed to reason. The symbolism behind the name speaks well of their nature, born with a feeling they are experiencing everything for the first time.

Ally Walker was born in the Year of the Ox. Another of the powerful Chinese Zodiac signs, the Ox is steadfast, solid, a goal-oriented leader, detail-oriented, hard-working, stubborn, serious and introverted but can feel lonely and insecure. Takes comfort in friends and family and is a reliable, protective and strong companion. Compatible with Snake or Rooster. 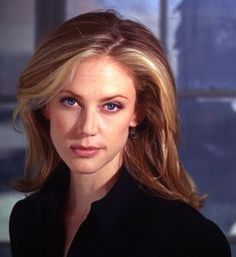 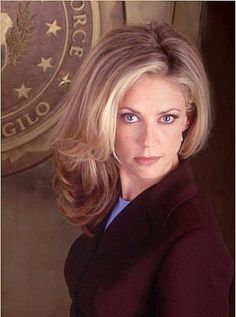 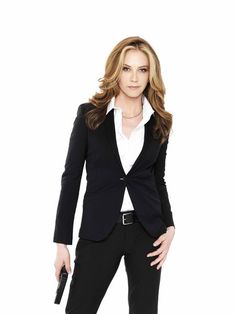 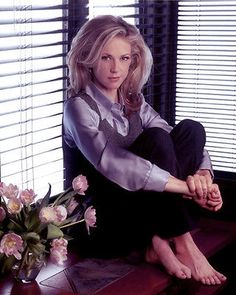 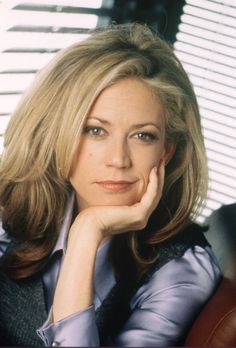 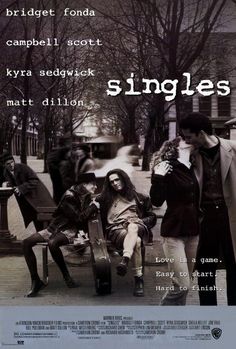 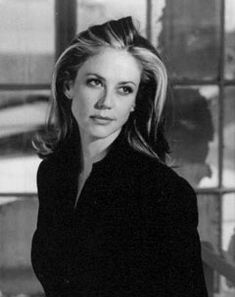 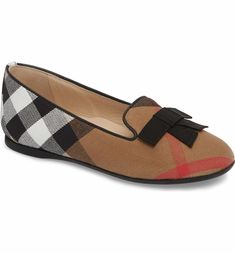 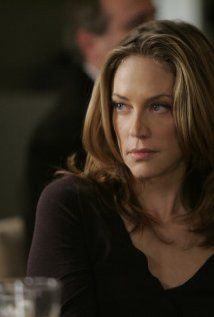 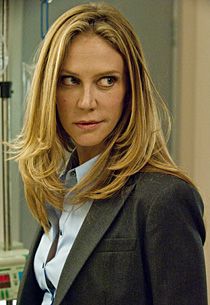 In early 1988, Walker joined the cast of NBC daytime soap opera Santa Barbara, playing Andrea Bedford. After leaving daytime later that year, she began appearing on primetime television. During 1989-90 television season, she played the female lead in the short-lived NBC crime drama series True Blue. She later guest-starred on Matlock, L.A. Law, and Tales from the Crypt. She starred in the 1991 NBC television movie Perry Mason and the Case of the Fatal Fashion as the devious daughter of Diana Muldaur. In 1993, she starred alongside Billy Campbell in the short-lived ABC comedy-drama, Moon Over Miami.

During the 1990s, Walker had roles in films such as Universal Soldier (1992), Singles (1992), When the Bough Breaks (1994), While You Were Sleeping (1995), Kazaam (1996), and Happy, Texas (1999). From 1996 to 1999, she played the leading role as Doctor Samantha Waters on the NBC crime drama series Profiler, for which she received Saturn Award for Best Actress on Television nomination. She returned to television with role in the HBO drama series Tell Me You Love Me (2007), and later played villainous Agent June Stahl in the FX crime drama, Sons of Anarchy, (2008–2010). Walker also had the leading role in the short-lived Lifetime police drama series The Protector in 2011. During Seasons 4 and 5 (2014 and 2015) of Longmire, she played Dr. Donna Monaghan, a therapist treating veterans who is the title character's love interest.

In 1992, Walker played the female leading role opposite Jean-Claude Van Damme in the science-fiction action film Universal Soldier directed by Roland Emmerich. Later that year, she played supporting role in the Cameron Crowe romantic comedy Singles. Her first star-billed role was in the 1994 thriller When the Bough Breaks. In 1995, she had supporting roles in Sandra Bullock's box-office hit While You Were Sleeping, and Andy García's flop Steal Big Steal Little. The following year, Walker co-starred alongside Shaquille O'Neal in the fantasy comedy film, Kazaam.

In 1996, Walker was cast in the leading role as Doctor Samantha Waters in the NBC crime drama series Profiler, a role for which she received a Saturn Award for Best Actress on Television nomination in 1998, and a Satellite Award for Best Actress – Television Series Drama. In 1996, she was listed as one of People's "40 Most Fascinating People on TV". Walker starred as the lead during the first three seasons, but left the show in the fall of 1999. She was replaced by Jamie Luner as a new profiler during the show's final season. Later in 1999, Walker co-starred opposite Steve Zahn in the comedy film Happy, Texas, and played the lead role in the Lifetime television movie, If You Believe.

On June 14, 1997, Walker married John Landgraf, then a Producer for NBC, at her parents' home in Santa Fe. The couple have three sons.

In 2002, after three years on hiatus, Walker returned to star in and produce the ABC pilot comedy called My Wonderful Life. It never got picked up. In 2005, she released a documentary film For Norman... Wherever You Are as Director and Producer, which screened at several film festivals. She returned to the New York stage, appearing in a number of Off-Broadway productions. From 2005 to 2010, Walker played many guest roles on television, including Sleeper Cell, ER, The Shield, Boston Legal, Law & Order, CSI: Crime Scene Investigation, Southland, and Law & Order: Special Victims Unit.

In 2007, Walker starred in the HBO drama series about sexual relationships, Tell Me You Love Me; unlike the other regular characters on the show, her character refrained from nudity or sex during the course of the season, but in the season finale, Walker appeared in a graphic nude masturbation scene. The series was cancelled after a single season. Later that year, she played the lead role in, and was a scriptwriter for, a thriller. In 2009, she co-starred in films Toe to Toe and Wonderful World opposite Matthew Broderick. From 2008 to 2010, Walker had the recurring role as ATF Agent June Stahl, a major antagonist on the FX crime drama series Sons of Anarchy.

In 2011, Walker played the leading role in the Lifetime police drama series The Protector, which revolves around a single mother who struggles to balance her family and professional life as an LAPD homicide detective. The series was canceled after one season. In 2014, she played Chyler Leigh' lead character's mother in the short-lived NBC police procedural, Taxi Brooklyn. She made her feature scripted film directing and writing debut with Sex, Death and Bowling starring Selma Blair. In 2015, she was cast in the recurring roles in the Netflix crime drama Longmire, and USA Network thriller, Colony.