Alan Cranston was born on June 19, 1914 in Palo Alto, United States, is Former United States Senator. Alan Cranston was an American journalist and a Democratic Senator from California. Hailing from a rich family of real estate developers, he studied journalism at Stanford University. He started his journalism career as a correspondent of International News Service. Before joining politics, he served in the armed forces as a private (a soldier of the lowest military rank). He acted as a part of the Banking, Housing, Urban Affairs and Foreign Relations Committees. He was credited for his service of 24 years in the senate. He was a strong supporter of world government. His book The Killing of The Peace, published in 1945, discusses about the defeat of the League of Nations in the United States Senate. During the later part of 1980s, his name was involved with the savings and loan scandal that marred his reputation. After leaving the Senate in 1993, he operated a nonprofit group, the Global Security Institute, which worked towards abolishing nuclear weapons. He was a member of the Banking Committee and the chairman of the Veterans Committee. He also worked as the Democratic whip for 14 years. He took the initiative to gather support to end the Vietnam War. He was the founder and President of the Global Security Institute.
Alan Cranston is a member of Political Leaders

Does Alan Cranston Dead or Alive?

Alan Cranston’s zodiac sign is Cancer. According to astrologers, the sign of Cancer belongs to the element of Water, just like Scorpio and Pisces. Guided by emotion and their heart, they could have a hard time blending into the world around them. Being ruled by the Moon, phases of the lunar cycle deepen their internal mysteries and create fleeting emotional patterns that are beyond their control. As children, they don't have enough coping and defensive mechanisms for the outer world, and have to be approached with care and understanding, for that is what they give in return.

Alan Cranston was born in the Year of the Tiger. Those born under the Chinese Zodiac sign of the Tiger are authoritative, self-possessed, have strong leadership qualities, are charming, ambitious, courageous, warm-hearted, highly seductive, moody, intense, and they’re ready to pounce at any time. Compatible with Horse or Dog. 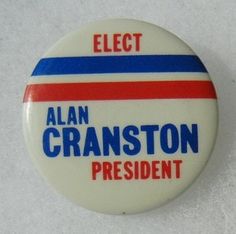 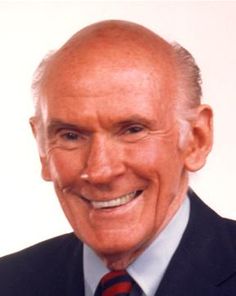 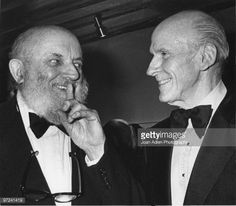 Cranston was born in Palo Alto, California, the son of Carol (née Dixon) and william MacGregor Cranston. He attended Pomona College for one year, studied abroad for a summer at the National Autonomous University of Mexico before graduating from Stanford University in 1936 with a degree in English.

Cranston was a correspondent for the International News Service for two years preceding World War II. When an abridged English-language translation of Adolf Hitler's Mein Kampf was released, sanitized to exclude some of Hitler's anti-semitism and militancy, Cranston published a different translation (with annotations) which he believed more accurately reflected the contents of the book. In 1939, Hitler's publisher sued him for copyright violation in Connecticut; a judge ruled in Hitler's favor and publication of the book was halted.

Before enlisting in the armed forces in 1944 as a private (he held the rank of sergeant at his discharge), he worked as an Editor and Writer for the magazine Common Ground and later worked in the Office of War Information. The following year he wrote a second book, The Killing of the Peace, a synopsis of the failed bid to get the United States to join the League of Nations immediately following World War I.

Cranston, a supporter of world government, attended the 1945 conference that led to the Dublin Declaration, and became President of the World Federalist Association in 1948. He successfully pushed for his state's legislature to pass the 1949 World Federalist California Resolution, calling on Congress to amend the Constitution to allow U.S. participation in a federal world government. Also in the late 1940s, Cranston began his longstanding opposition to nuclear weapons.

In 1952, Cranston co-founded the California Democratic Council (CDC), and served as chairman. Since that time, the CDC has served as an unofficial coalition of local Democratic clubs that coordinate electoral activities and activism throughout California. The CDC provided substantial support to Cranston in his bid for State Controller in 1958 and his numerous runs for the U.S. Senate.

A Democrat, Cranston was elected California State Controller in 1958 and re-elected in 1962, and defeated for reelection in 1966.

In 1968, he was elected to the first of four six-year terms United States Senate, defeating Republican Max Rafferty in the general election after the staunchly conservative Rafferty had defeated the liberal Republican incumbent, Thomas Kuchel, in that party's primary.

During his first few months in office, Cranston introduced a resolution calling for President Nixon to halt closing 59 Job Corps Centers. He amended the original resolution to include a June 30 deadline that would allow Congress to do a study into the targeted facilities and removed language critiquing the Nixon administration for doing damage to the lives of trainees by closing the facilities down. In late April 1969, the Senate Labor and Public Welfare Committee approved the revised Cranston proposal in a vote of 10 to 6. Cranston predicted victory for the resolution when it was taken up for a vote by the entire chamber. The Senate rejected his proposal on May 13, 1969, by a vote of 52 to 40.

In a September 12, 1971 statement, Cranston disputed claims by the Pentagon that military manpower and national security would be threatened by Congress not renewing President Nixon's draft authority and stated that he would filibuster the draft measure.

In November 1973, Cranston announced his support for the nomination of Gerald Ford as Vice President. He stated his support came after consulting "several hundred persons — Democrats and Republicans, Business and labor Leaders, elected politicians and party functionaries —in his own state of California" and finding Ford to have little opposition.

In 1979, after nineteen senators signed a letter indicating that their support for the SALT II treaty was hinged on President Jimmy Carter's response to its impact on U.S. defense posture, Cranston stated that their concerns were legitimate but mostly did not "relate directly to the text of the SALT II treat" and it was likely their hope that their issues with the treaty could be resolved without the usage of killer amendments.

In 1980, Cranston defeated Republican Paul Gann, 4,705,399 (56.5 percent) to 3,093,426 (37.1 percent). His 1980 reelection campaign was notable for a July 31 benefit that would be the last concert The Eagles played at together for 14 years. During the event Cranston's wife thanked Eagles Guitarist Don Felder for performing, to which Felder reportedly replied, "You're welcome...I guess." Bandmate Glenn Frey took exception to Felder's comment, leading to onstage bickering and the breakup of the band immediately following the concert.

In April 1981, during a Senate floor speech, Cranston asserted that India and Pakistan had entered the final stages of their preparation for nuclear test sites, speculating that India "will decide to make another test at the Pokaran site in the next few months" and Pakistan "could produce the fissile materials for a similar test, perhaps by the end of this year, most likely by the end of 1982." While Cranston did not identify the source of his information, senior officials in the Reagan administration verified "the gist of Senator Cranston's information."

He was an unsuccessful candidate for the Democratic presidential nomination for the 1984 election. He became the first announced candidate on February 1, 1983. Despite his age (69) and appearance that seemed even older (he dyed his little remaining white hair a color that most called orange), Cranston quickly became a recognized candidate. His strong support for a nuclear freeze won him an intense following among anti-nuclear Activists, support that translated into campaign donations, committed staff (future Washington Senator Maria Cantwell moved to the state in 1983 to head up Cranston's caucus campaign effort there) and volunteers and straw poll victories in Wisconsin, California, and Alabama. However, the entry of George McGovern into the race in September 1983 cut into Cranston's support. He finished a weak fourth in Iowa in February 1984 and dropped out a week later after finishing seventh out of eight candidates in New Hampshire, with only 2 percent of the vote.

Cranston also faced a campaign debt of $2 million from his 1984 run as he began gearing up for an expensive and tough re-election fight in 1986, when he narrowly defeated the liberal Republican U.S. Representative Ed Zschau, who later left the Republican Party.

On October 2, 1990, Cranston was one of nine senators to vote against the nomination of David Souter for Associate Justice on the Supreme Court.

Cranston was reprimanded by the U.S. Senate Select Committee on Ethics for "improper conduct" on November 20, 1991, after Lincoln Savings head Charles Keating's companies contributed $850,000 to voter registration groups closely affiliated with the senator. Keating had wanted federal regulators to stop "hounding" his savings and loan association. Although the committee found that "no evidence was presented to the Committee that Senator Cranston ever agreed to help Mr. Keating in return for a contribution," the committee deemed Cranston's misconduct the worst among the Keating Five. Cranston decided against running for a fifth term while he battled prostate cancer.

He dedicated his retirement to the global abolition of nuclear weapons, first through the Nuclear Weapon Elimination Initiative of the State of the World Forum, and then as President of the Global Security Institute, which he founded in 1999.

He lived in Los Altos, California, from his retirement until his death on December 31, 2000.