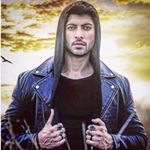 Does Abhimanyu Chaudhary Dead or Alive?

As per our current Database, Abhimanyu Chaudhary is still alive (as per Wikipedia, Last update: May 10, 2020).

Abhimanyu Chaudhary’s zodiac sign is Sagittarius. According to astrologers, Sagittarius is curious and energetic, it is one of the biggest travelers among all zodiac signs. Their open mind and philosophical view motivates them to wander around the world in search of the meaning of life. Sagittarius is extrovert, optimistic and enthusiastic, and likes changes. Sagittarius-born are able to transform their thoughts into concrete actions and they will do anything to achieve their goals.

Abhimanyu Chaudhary was born in the Year of the Rooster. Those born under the Chinese Zodiac sign of the Rooster are practical, resourceful, observant, analytical, straightforward, trusting, honest, perfectionists, neat and conservative. Compatible with Ox or Snake.

Actor who began his career with a role in the Indian drama film Shamitabh (2015). In 2018, he branched out into television, playing Anurag Basu on the seris Kasautii Zindagii Kay 2.

Before making his acting debut, he served as an assistant editor on the film Delhi Belly (2011).

He is a model who has walked in fashion shows for designers like Manish Malhotra.

He has a younger brother named Abhinav.

He acted alongside Indian legend Amitabh Bachchan in Shamitabh.