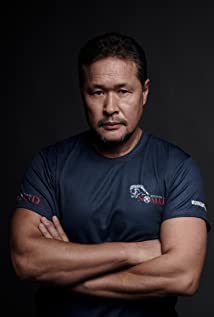 As per our current Database, Zhaidarbek Kunguzhinov is still alive (as per Wikipedia, Last update: May 10, 2020).

Zhaidarbek Kunguzhinov’s zodiac sign is Leo. According to astrologers, people born under the sign of Leo are natural born leaders. They are dramatic, creative, self-confident, dominant and extremely difficult to resist, able to achieve anything they want to in any area of life they commit to. There is a specific strength to a Leo and their "king of the jungle" status. Leo often has many friends for they are generous and loyal. Self-confident and attractive, this is a Sun sign capable of uniting different groups of people and leading them as one towards a shared cause, and their healthy sense of humor makes collaboration with other people even easier.

Zhaidarbek Kunguzhinov was born in the Year of the Rooster. Those born under the Chinese Zodiac sign of the Rooster are practical, resourceful, observant, analytical, straightforward, trusting, honest, perfectionists, neat and conservative. Compatible with Ox or Snake.

Zhaidarbek Kunguzhinov (Jaydok) was born on August 6th, 1969 in Kazakhstan. He is the most famous stunt coordinator, fight coordinator and horse master in CIS and Central Asia. In 2000 he founded the "Nomad Stunts" on the basis of horse-acrobatic "Nomad" performance of the Kazakh State Circus.

He is the Taurus World Stunt Award Nominee in Los Angeles, 2017, has the Medal of Honor awarded by Art Martial Magazine, USA, the winner of Bronze and Silver Lions at the International Festival of Equestrian Sports in China in 1993 and 2001.

The winner of "Sports Oscar" from Martial Arts Academy in Atlantic City in 2013. Honored Artist of the Republic of Kazakhstan, Knight of the Kurmet Order.