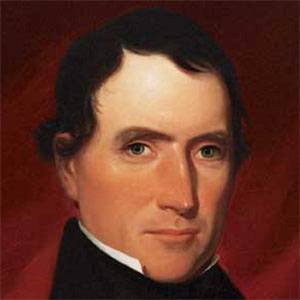 William R. King’s zodiac sign is Aries. According to astrologers, the presence of Aries always marks the beginning of something energetic and turbulent. They are continuously looking for dynamic, speed and competition, always being the first in everything - from work to social gatherings. Thanks to its ruling planet Mars and the fact it belongs to the element of Fire (just like Leo and Sagittarius), Aries is one of the most active zodiac signs. It is in their nature to take action, sometimes before they think about it well.

William R. King was born in the Year of the Horse. Those born under the Chinese Zodiac sign of the Horse love to roam free. They’re energetic, self-reliant, money-wise, and they enjoy traveling, love and intimacy. They’re great at seducing, sharp-witted, impatient and sometimes seen as a drifter. Compatible with Dog or Tiger.

American Democratic politician who served as 13th Vice President of the United States. He was only in office for six weeks before he passed away.

He attended the University of North Carolina at Chapel Hill and opened a law practice in North Carolina before entering the House of Representatives.

In between his tenure as a North Carolina Representative and an Alabama Senator, he served as the Minister to France.

He never married, however there were rumors that he was involved with U.S. President James Buchanon, with whom he had a close friendship.

He was Vice President under 14th U.S. President Franklin Pierce.