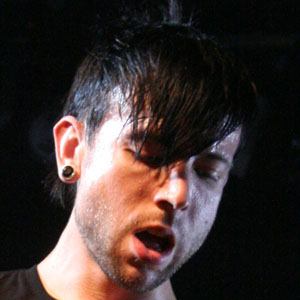 As per our current Database, William Dean Martin is still alive (as per Wikipedia, Last update: May 10, 2020).

William Dean Martin’s zodiac sign is Gemini. According to astrologers, Gemini is expressive and quick-witted, it represents two different personalities in one and you will never be sure which one you will face. They are sociable, communicative and ready for fun, with a tendency to suddenly get serious, thoughtful and restless. They are fascinated with the world itself, extremely curious, with a constant feeling that there is not enough time to experience everything they want to see.

William Dean Martin was born in the Year of the Rooster. Those born under the Chinese Zodiac sign of the Rooster are practical, resourceful, observant, analytical, straightforward, trusting, honest, perfectionists, neat and conservative. Compatible with Ox or Snake.

Known by his nickname Billy, he rose to fame as the lead guitarist and keyboardist for the pop punk group Good Charlotte.

He started playing guitar after he got his first one for Christmas in sixth grade. His first band was called Overflow.

He published a children's book, Damious McDreary: A Boy and His Bat, in 2009.

He married Linzi Williamson on March 1, 2008. They have sons named Dreavyn Kingslee and Zander Jace together.

He appeared with his bandmates in the 2001 film Not Another Teen Movie starring Chris Evans.