Wilfrid Brambell was born on March 22, 1912 in Ireland. Irish stage and screen actor who most notably appeared in a popular English sitcom called Steptoe and Son. He was also part of the cast of A Hard Day's Night, a 1964 film produced by the Beatles.
Wilfrid Brambell is a member of TV Actor

Does Wilfrid Brambell Dead or Alive?

Wilfrid Brambell’s zodiac sign is Aries. According to astrologers, the presence of Aries always marks the beginning of something energetic and turbulent. They are continuously looking for dynamic, speed and competition, always being the first in everything - from work to social gatherings. Thanks to its ruling planet Mars and the fact it belongs to the element of Fire (just like Leo and Sagittarius), Aries is one of the most active zodiac signs. It is in their nature to take action, sometimes before they think about it well.

Wilfrid Brambell was born in the Year of the Rat. Those born under the Chinese Zodiac sign of the Rat are quick-witted, clever, charming, sharp and funny. They have excellent taste, are a good friend and are generous and loyal to others considered part of its pack. Motivated by money, can be greedy, is ever curious, seeks knowledge and welcomes challenges. Compatible with Dragon or Monkey. 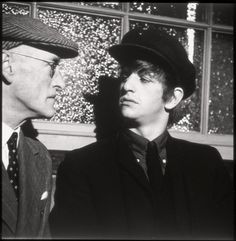 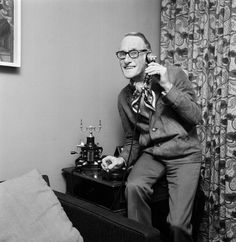 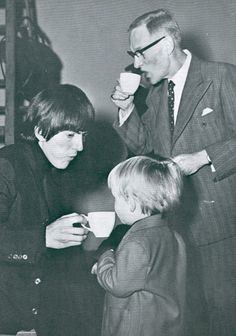 Irish stage and screen actor who most notably appeared in a popular English sitcom called Steptoe and Son. He was also part of the cast of A Hard Day's Night, a 1964 film produced by the Beatles.

He began his acting career at Dublin's famed Abbey Theatre and later performed at the nearby Gate Theatre.

He played the iconic role of Scrooge in a musical stage production of A Christmas Carol. The play was so popular that it was adapted into a radio drama that aired on Christmas Eve of 1966.

He grew up in Dublin, Ireland as the son of an opera singer mother and a Guinness Brewery employee father.

He acted alongside Hayley Mills in a 1962 film entitled In Search of the Castaways.