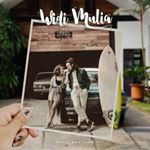 As per our current Database, Widi Mulia Sunarya is still alive (as per Wikipedia, Last update: May 10, 2020).

Widi Mulia Sunarya’s zodiac sign is Taurus. According to astrologers, Taurus is practical and well-grounded, the sign harvests the fruits of labor. They feel the need to always be surrounded by love and beauty, turned to the material world, hedonism, and physical pleasures. People born with their Sun in Taurus are sensual and tactile, considering touch and taste the most important of all senses. Stable and conservative, this is one of the most reliable signs of the zodiac, ready to endure and stick to their choices until they reach the point of personal satisfaction.

Widi Mulia Sunarya was born in the Year of the Goat. Those born under the Chinese Zodiac sign of the Goat enjoy being alone in their thoughts. They’re creative, thinkers, wanderers, unorganized, high-strung and insecure, and can be anxiety-ridden. They need lots of love, support and reassurance. Appearance is important too. Compatible with Pig or Rabbit.

Indonesian singer and actress who rose to fame for being a member of the musical group AB Three. She played Luna in the 2007 film Lantai 13 and Sayekti in the TV series Sayekti dan Hanafi in 2005.

She began singing from an early age and used to participate in competitions. She later won the Asia Monthly Championship contest in Singapore in 1993.

She served as chief editor of the magazine Fitness Indonesia in 2008.

She was a jury member alongside Melly Goeslaw on the show The Next Boy/Girl Band.