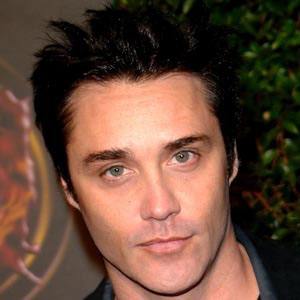 As per our current Database, Vincent D Young is still alive (as per Wikipedia, Last update: May 10, 2020).

Vincent D Young’s zodiac sign is Gemini. According to astrologers, Gemini is expressive and quick-witted, it represents two different personalities in one and you will never be sure which one you will face. They are sociable, communicative and ready for fun, with a tendency to suddenly get serious, thoughtful and restless. They are fascinated with the world itself, extremely curious, with a constant feeling that there is not enough time to experience everything they want to see.

Vincent D Young was born in the Year of the Dragon. A powerful sign, those born under the Chinese Zodiac sign of the Dragon are energetic and warm-hearted, charismatic, lucky at love and egotistic. They’re natural born leaders, good at giving orders and doing what’s necessary to remain on top. Compatible with Monkey and Rat.

Most famous for his role as Noah Hunter on the popular Fox series Beverly Hills, 90210, he also appeared on episodes of NCIS, JAG, and CSI: New York.

Early in his career, he appeared with Stanley Tucci in an independent film titled A Modern Affair.

He was cast in a 1996 episode of the television series Pacific Blue.

He was born and raised in Philadelphia, Pennsylvania.