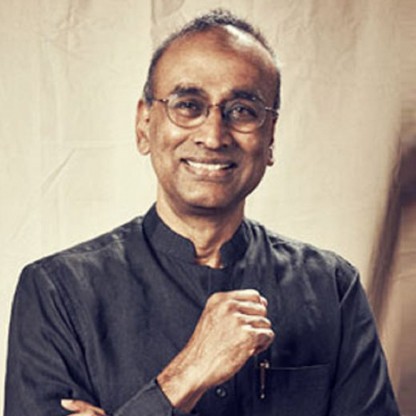 Venkatraman Ramakrishnan was born on 1952 in Chidambaram,Tamilnadu India, American, is Structural biologist. Venkatraman Ramakrishnan is a British-American structural biologist of Indian origin. He is currently serving as the President of the Royal Society. He is also serving as a team leader at the Medical Research Council (MRC) Laboratory of Molecular Biology (LMB), UK, where he holds the position of the Deputy Director as well. Known for his study and research on ribosomes, Ramakrishnan has received several awards and honors till date. In 2009 he was awarded the ‘Nobel Prize’ in Chemistry along with Ada Yonath and Thomas A. Steitz. He has also received the ‘Padma Vibhushan’—India's second highest civilian honor. Besides these, the structural biologist has been awarded with the Louis-Jeantet Prize for Medicine as well as Medal of the Federation of European Biochemical Societies (FEBS). Ramakrishnan was also honored with the Heatley Medal of the British Biochemical Society. Well, his achievements don’t end here! The British-American biologist is an elected member of European Molecular Biology Organization, Fellow of the Royal Society (FRS) as well as U.S. National Academy of Sciences.
Venkatraman Ramakrishnan is a member of Scientists 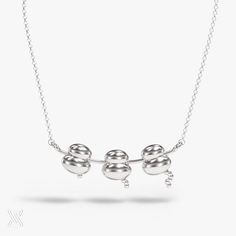 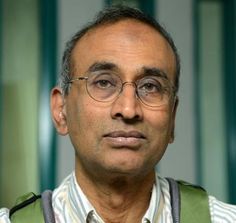 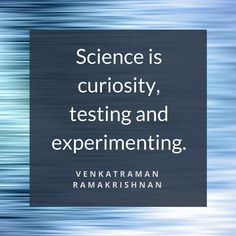 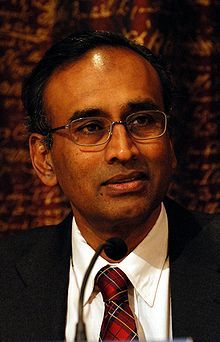 His mother obtained a PhD in Psychology from McGill University in 1959 which she completed in only 18 months, and was mentored by Donald O. Hebb. Lalita Ramakrishnan, his younger sister, is professor of immunology and infectious diseases at the Department of Medicine, University of Cambridge, and is a member of the National Academy of Sciences.

Ramakrishnan moved to Vadodara (previously also known as Baroda) in Gujarat at the age of three, where he had his schooling at Convent of Jesus and Mary, except for spending 1960–61 in Adelaide, Australia. Following his pre-science at the Maharaja Sayajirao University of Baroda, he did his undergraduate studies in the same university on a National Science Talent Scholarship, graduating with a Bachelor of Science degree in Physics in 1971. At the time, the physics course at Baroda was new, and based in part on The Berkeley Physics Course and The Feynman Lectures on Physics.

Ramakrishnan married Vera Rosenberry, an author and Illustrator of children's books, in 1975. His stepdaughter Tanya Kapka is a Doctor in Oregon, and his son Raman Ramakrishnan is a Cellist based in New York.

Immediately after graduation he moved to the U.S., where he obtained his PhD degree in Physics from Ohio University in 1976 for research into the ferroelectric phase transition of potassium dihydrogen phosphate (KDP) supervised by Tomoyasu Tanaka. He then spent two years studying biology as a graduate student at the University of California, San Diego while making a transition from theoretical physics to biology.

He continued to work on ribosomes from 1983-95 as a staff scientist at Brookhaven National Laboratory. In 1995 he moved to the University of Utah as a Professor of Biochemistry, and in 1999, he moved to his current position at the Medical Research Council Laboratory of Molecular Biology in Cambridge, England, where he had also been a sabbatical visitor during 1991-92.

In 1999, Ramakrishnan's laboratory published a 5.5 Angstrom resolution structure of the 30S subunit. The following year, his laboratory determined the complete molecular structure of the 30S subunit of the ribosome and its complexes with several antibiotics. This was followed by studies that provided structural insights into the mechanism that ensures the fidelity of protein biosynthesis. More recently in 2007 his laboratory has determined the atomic structure of the whole ribosome in complex with its tRNA and mRNA ligands. Ramakrishnan is also known for his past work on histone and chromatin structure. He has supervised several PhD students and postdoctoral researchers including Nathan James.

Ramakrishnan was elected a Member of the European Molecular Biology Organization (EMBO) in 2002 and a Fellow of the Royal Society (FRS) in 2003. He was elected a Member of the U.S. National Academy of Sciences in 2004. In 2007, Ramakrishnan was awarded the Louis-Jeantet Prize for Medicine and the Datta Lectureship and Medal of the Federation of European Biochemical Societies (FEBS). In 2008, he won the Heatley Medal of the British Biochemical Society. Since 2008, he is a Fellow of Trinity College, Cambridge and a foreign Fellow of the Indian National Science Academy.

In 2009, Ramakrishnan was awarded the Nobel Prize in Chemistry along with Thomas A. Steitz and Ada Yonath. He received India's second highest civilian honor, the Padma Vibhushan, in 2010. Ramakrishnan was knighted in the 2012 New Year Honours for services to Molecular Biology, but does not generally use the title 'Sir'. In the same year, he was awarded the Sir Hans Krebs Medal by the FEBS. In 2014, he was awarded the XLVI Jiménez-Díaz Prize by the Fundación Conchita Rábago (Spain). Ramakrishnan was included as one of 25 Greatest Global Living Indians by NDTV Channel, India on 14 December 2013. His certificate of election to the Royal Society reads:

As of 2015 his most cited papers (according to Scopus) have been published in Nature, Science, and Cell.