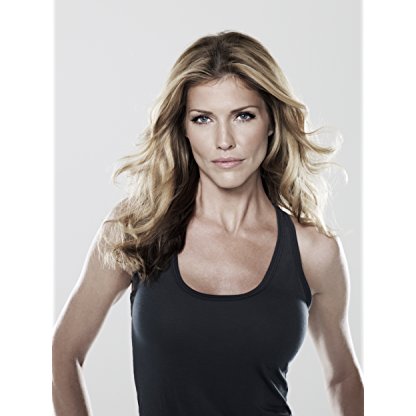 Tricia Helfer was born on April 11, 1974 in  Donalda, Alberta, Canada, is Actress, Producer, Soundtrack. Tricia Helfer is a Canadian cover girl model-turned-actress who has developed her resume beyond the catwalk to include many diverse roles highlighting her versatile and natural screen presence. Best known as the face of the series, and for her Leo award-winning lead performance as the humanoid, Cylon 'Number Six' in the critically acclaimed Syfy series, "Battlestar Galactica," Helfer has since gone on to book leading roles on a wide variety of networks. Tricia currently stars in FOX's "Lucifer", switching gears from the role as Lucifer's mother Charlotte, to an attorney by the same name.Prior to "Lucifer," Tricia was recurring in season two of the Playstation & Sony Picture TV series, "Powers." Just before that, Helfer also played the lead of the Syfy channel's original miniseries "Ascension" co-starring Brian Van Holt. In early 2014, Helfer starred as the lead of the ABC series, "Killer Women". The Sofia Vergara-produced series followed beautiful badass Molly Parker (Helfer), in the notorious Texas Rangers frontier patrol, as she pursued justice despite being embroiled in a continuous fight for her peers' respect.Born in Donalda, Alberta, Canada, Helfer launched her modeling career at age 17, and erupted into an international superstar after winning the Ford Models' Supermodel of the World Contest in 1992. Her modeling credits include appearances in high-end ad campaigns for Giorgio Armani, Ralph Lauren, Versace, Givenchy, and Dolce & Gabbana as well as covers for national publications such as ELLE, Cosmopolitan, Marie Claire, Flare and Vogue.In 2002, Helfer turned her focus to acting, moving to Los Angeles and quickly earning a guest star spot on the second season finale of "C.S.I.: Crime Scene Investigation." The following year she earned her break with "Battlestar Galactica," achieving a remarkably fast and successful transition into acting. During her hiatus from "Battlestar Galactica," Helfer portrayed the legendary Farrah Fawcett in NBC's film, "Behind the Camera: The Unauthorized Story of Charlie's Angels." She furthered expanded her portfolio by starring as 'Stephanie Jacobs' opposite Dennis Hopper and Billy Zane in the independent feature "Memory," and later starred alongside LeeLee Sobieski in another independent, "Walk All Over Me," which premiered at the Toronto International Film Festival.Helfer returned to the small-screen in 2008, joining the cast of the USA Network's hit series, "Burn Notice" for a multi-episode arc. The next year she filmed recurring guest spots on the award-winning CBS comedy, "Two and a Half Men," while appearing on Fox's crime shows "Chuck," and "Lie to Me." In 2010, Helfer booked a series regular role on the ten-episode arc of Jerry Bruckheimer's "Dark Blue," starring opposite Dylan McDermott and went on to do a variety of terrific roles on series such as "Suits," on USA Network, "Key and Peale," "The Librarians," "Community," "Chuck," "Jeremiah" and "Franklin & Bash," among others.In addition to her vast array of television roles, Tricia starred in the film, "A Beginner's Guide to Endings," with Harvey Keitel, Scott Caan, and JK Simmons and ;ater, went on to star in "Authors Anonymous" with Kaley Cuoco-Sweeting. Next up, is another lead role in thriller, "Isolation" co-starring Luke Malby, a film that will portray the true events of a couple vacationing in the Bahamas. The getaway quickly spirals out of control, forcing the couple into survival mode.Adding to her impressive resume, Helfer has done prolific voiceover work in mega-hit video game franchises including, playing the roles of Commander Veronica Dare in Halo: ODST, EDI in Mass Effect 2 and 3, Sarah Kerrigan in Blizzard Entertainment's StarCraft II: Wings of Liberty, for which she won the 2010 VGA for Best Performance by a Human Female, as well as in StarCraft II: Heart of the Swarm. She also showcased her voice talent in animated productions, "Green Lantern: First Flight," a Cartoon Network TV movie, on Disney XD's "The Spectacular Spiderman", and on Disney XD's TRON: Uprising.In addition to acting, Helfer continues to support as many causes as she can, as she strongly believes in giving back. Tricia supports the Humane Society of United States, Best Friends Animal Society, AmFAR, PETA, Kitten Rescue and Richmond Animal Protection Society.Tricia, who has dual citizenship in the US and Canada, and resides in Los Angeles.
Tricia Helfer is a member of Actress

Does Tricia Helfer Dead or Alive?

As per our current Database, Tricia Helfer is still alive (as per Wikipedia, Last update: May 10, 2020).

Currently, Tricia Helfer is 48 years, 9 months and 21 days old. Tricia Helfer will celebrate 49rd birthday on a Tuesday 11th of April 2023. Below we countdown to Tricia Helfer upcoming birthday.

Tricia Helfer’s zodiac sign is Taurus. According to astrologers, Taurus is practical and well-grounded, the sign harvests the fruits of labor. They feel the need to always be surrounded by love and beauty, turned to the material world, hedonism, and physical pleasures. People born with their Sun in Taurus are sensual and tactile, considering touch and taste the most important of all senses. Stable and conservative, this is one of the most reliable signs of the zodiac, ready to endure and stick to their choices until they reach the point of personal satisfaction.

Tricia Helfer was born in the Year of the Tiger. Those born under the Chinese Zodiac sign of the Tiger are authoritative, self-possessed, have strong leadership qualities, are charming, ambitious, courageous, warm-hearted, highly seductive, moody, intense, and they’re ready to pounce at any time. Compatible with Horse or Dog.

In 1992 she won Ford Models' Supermodel of the World contest. Helfer retired from fashion modelling in 2002 and claimed all her shoots since then are related to projects or product endorsements. She has appeared in ad campaigns for Ralph Lauren, Versace, Chanel, and Giorgio Armani.

Helfer relocated to Los Angeles in 2002 to pursue a full-time acting career. Her first acting assignment was a co-starring role as Sarah on the television series Jeremiah. She later played a model named Ashleigh James on the May 16, 2002, episode of CSI: Crime Scene Investigation ("The Hunger Artist"). In 2002, she played "Eva" in the independent film White Rush.

Helfer has walked for top fashion shows, such as Carolina Herrera, Christian Dior, Claude Montana, Givenchy, John Galliano, and Dolce & Gabbana. Helfer has appeared on the covers of Flare, Amica, ELLE, Cosmopolitan, Marie Claire, and Vogue, among others. She also regularly appeared in photo shoots by Maxim magazine, was the magazine's wall calendar girl for 2005, and was ranked #57 on the Maxim's Hot 100 Women of 2007. Helfer was also featured as the cover model for the February 2007 issue of Playboy.

In October 2006, it was announced that Helfer would not return to host the second season of Canada's Next Top Model so she could concentrate on Battlestar Galactica. Helfer also played a major role in Electronic Arts Command & Conquer 3: Tiberium Wars, as the high-level Nod general Kilian Qatar, along with her Battlestar Galactica co-star, Actress Grace Park. She also starred in the episode "Roadkill" on the second season of Supernatural.

In August 2008 Helfer appeared on the stage of NVISION 08, an event sponsored by NVIDIA, where she discussed her role in Battlestar Galactica as well as the use of computer graphics on the show. Helfer appeared as Chuck’s Season 2 secret agent "handler" in the NBC series Chuck, and as Michael Westen's Season 2 nemesis in the USA Network series Burn Notice as "Carla". She appears as herself in Old 97's music video for their song, "Dance with Me".

She guest starred in "Resonance", the second episode of Warehouse 13 as FBI Agent Bonnie Belski on Syfy. She made a guest appearance in the pilot episode of Fox's 2009 mid-season series Human Target. She has played several prominent video game roles in recent years; including Kilian Quatar in Command & Conquer 3: Tiberium Wars, Veronica Dare in Halo 3: ODST and EDI, the ship-borne artificial intelligence aboard the Normandy SR-2 in Mass Effect 2 and Mass Effect 3. She voices Sarah Kerrigan in StarCraft II: Wings of Liberty as well as the expansion sets Starcraft II: Heart of the Swarm and Starcraft II: Legacy of the Void. Helfer voices the Black Cat in The Spectacular Spider-Man and she reprises the role in Spider-Man: Web of Shadows and Ultimate Spider-Man.

Helfer joined the cast of Jerry Bruckheimer's TNT drama, Dark Blue, as FBI Special Agent Alex Rice. The show was cancelled in November 2010 because of its very low ratings. In October 2010 she made a guest appearance on Lie to Me.

In 2011 she starred in The Black Keys' music video for "Howlin' for You". She made guest appearances in No Ordinary Family (2011), and Franklin & Bash (2011). In 2011, Helfer starred as Morgana, a necromancer, in the TV series pilot 17th Precinct from Ron Moore with Galactica's co-stars James Callis and Jamie Bamber. In October 2011 she got the lead role in the TV Pilot Scent of the Missing as Susannah, a K-9 Search and Rescue Volunteer. In November 2011, she appeared in the Hallmark TV movie Mistletoe Over Manhattan. For 2012, she signed for the recurring role of Alex Clark in the new NBC TV Series The Firm. On May 16, 2012, she appeared in the two-part finale of season 7 of the CBS series Criminal Minds, in which she led a team of bank-robbing serial killers. She guest starred in the second season of the Jane Espenson scripted romantic comedy web series, Husbands.

She co-founded the charity web site "Acting Outlaws" with former Battlestar Galactica co-star Katee Sackhoff, which is open for donations for different causes and charity events. She is also involved in various causes, from animal rescue to the oil spill in the Gulf of Mexico. In 2014, she appeared in a PETA video campaign, encouraging cat owners to keep their pets indoors.

In 2015, she appeared in the series finale of Falling Skies as the Espheni Queen, the leader of the alien race that had invaded Earth and devastated humanity. She also played Louise, a woman attending a doll convention, in the web series Con Man.

In 2016, Helfer was added to the main cast for Season 2 of the Fox TV series Lucifer, playing the lead character's mother who is also the exiled wife of God.

She was married to Jonathan Marshall, a Lawyer whom she met at a mutual friend's birthday party. They separated in May 2017 and Helfer filed for divorce in January 2018. 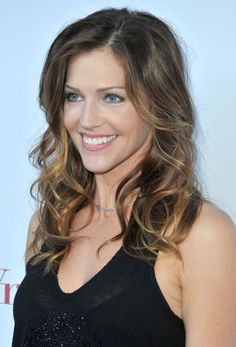 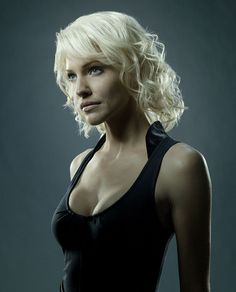 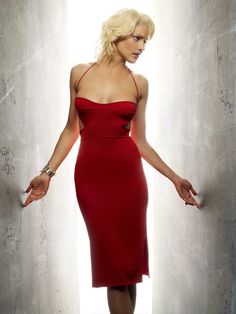 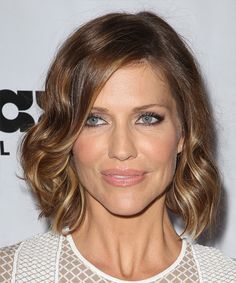 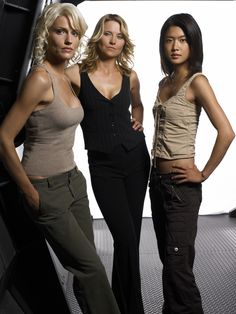 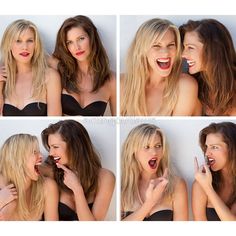 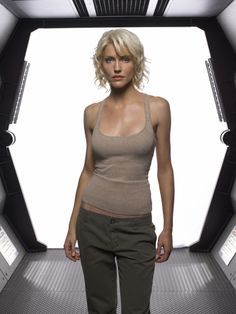 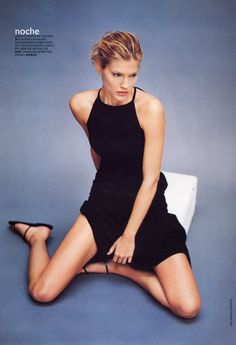 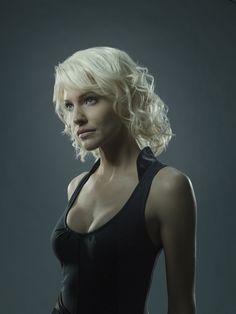 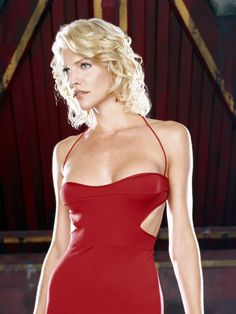