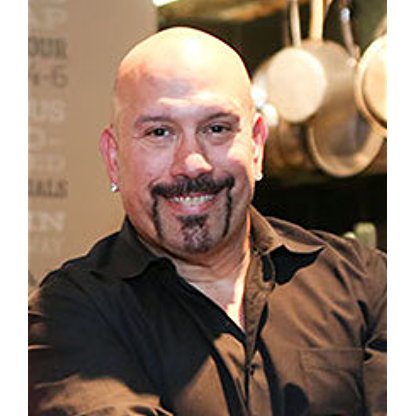 Tony Luke Jr. was born on March 12, 1962 in  Philadelphia, Pennsylvania, United States, is Actor, Writer, Producer. A true son of South Philly, Tony Luke Jr., is a man of many talents and enormous energy. In the 1990's, Tony Jr. worked tirelessly with his father Tony Sr. and brother Nick to build the Tony Luke's legend. From lunch trucks to full Italian meal take-out, they tried it all until they hit on the "Old Philly Style" sandwich formula that took enormous culinary leaps beyond the famous Philly Cheesesteak. Tony Luke's opened in South Philly in February 1992. Tony Luke's redefined the Philly sandwich experience with specialty favorites like roast pork Italian with broccoli rabe and sharp provolone, chicken cheesesteaks and chicken cutlets. Tony Luke's has twice been hailed by Gourmet Magazine for quality and innovation and is a member of Philadelphia Magazine's "Best of Philly Hall of Fame". What began as a single sandwich shop in South Philly has now expanded to 22 locations and growing across the Mid-Atlantic region, and overseas in Bahrain. Tony Luke's sandwich empire also includes retail products. Tony Luke's Steak meat is now available in local supermarkets. Tony's artistic gifts bloomed early as a student at the Philadelphia High School for the Creative and Performing Arts. Tony trained as a Drama Major with Music as a minor Tony continued to hone his craft as an actor, appearing in many feature film productions, including co-writing and co-producing his own feature film, "The Nail: The Story of Joey Nardone". He has written and produced songs for artists such as Billy Paul, Brandy Wells, AC Black on Motown Records and others and even topped the CD Baby charts with his song, "Right Here". Which was also up for Grammy Consideration Luke and his restaurants have appeared in many reality TV shows including "Man vs. Food", "Throwdown with Bobby Flay", "Not My Mama's Meals", "Dinner: Impossible" and more. In 2014 Tony Luke Jr. co-hosted SpikeTV's first culinary based show, "Frankenfood". And in 2016 with the help of Comedian Craig Shoemaker Tony started fulfilling one of his dreams as a Stand up Comic
Tony Luke Jr. is a member of Actor

Tony Luke Jr.’s zodiac sign is Aries. According to astrologers, the presence of Aries always marks the beginning of something energetic and turbulent. They are continuously looking for dynamic, speed and competition, always being the first in everything - from work to social gatherings. Thanks to its ruling planet Mars and the fact it belongs to the element of Fire (just like Leo and Sagittarius), Aries is one of the most active zodiac signs. It is in their nature to take action, sometimes before they think about it well.

Tony Luke Jr. was born in the Year of the Tiger. Those born under the Chinese Zodiac sign of the Tiger are authoritative, self-possessed, have strong leadership qualities, are charming, ambitious, courageous, warm-hearted, highly seductive, moody, intense, and they’re ready to pounce at any time. Compatible with Horse or Dog. 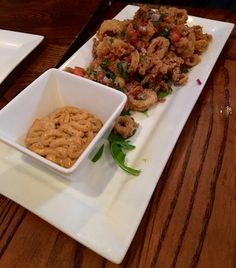 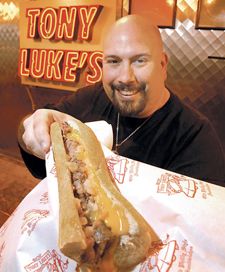 After high school, Luke married at age 18. With a growing family to support, Luke went to work with his father in food trucks and other odd jobs. He was a state kickboxing champion in 1982-83.

In the early 1990s Luke, his father and his brother, Nicky, bought a property near the expressway in South Philadelphia. To avoid competition with other local businesses, the original Tony Luke's stand offered a more Diversified menu, offering hoagies and other fare, along with cheesesteaks. Luke Jr. soon took over the store's marketing.

He was the host of "Tony Luke's Eaglemania" which aired Saturday nights on Philadelphia's ABC affiliate WPVI-TV for a portion of the Eagles' 2010 season.

In 2011, after 31 years of marriage, Luke and his wife divorced. He has three sons, all of whom work for him.