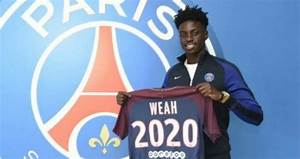 Timothy Weah was born on February 22, 2000 in New York City, NY. American professional soccer player who is known for his position of forward for Paris Saint-Germain within the Ligue 1. He also earned his first senior international cap for the United States.
Timothy Weah is a member of Soccer Player

Does Timothy Weah Dead or Alive?

As per our current Database, Timothy Weah is still alive (as per Wikipedia, Last update: May 10, 2020).

Currently, Timothy Weah is 22 years, 5 months and 26 days old. Timothy Weah will celebrate 23rd birthday on a Wednesday 22nd of February 2023. Below we countdown to Timothy Weah upcoming birthday.

Timothy Weah’s zodiac sign is Pisces. According to astrologers, Pisces are very friendly, so they often find themselves in a company of very different people. Pisces are selfless, they are always willing to help others, without hoping to get anything back. Pisces is a Water sign and as such this zodiac sign is characterized by empathy and expressed emotional capacity.

Timothy Weah was born in the Year of the Dragon. A powerful sign, those born under the Chinese Zodiac sign of the Dragon are energetic and warm-hearted, charismatic, lucky at love and egotistic. They’re natural born leaders, good at giving orders and doing what’s necessary to remain on top. Compatible with Monkey and Rat. 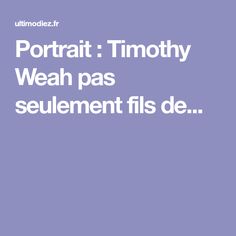 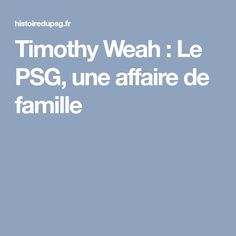 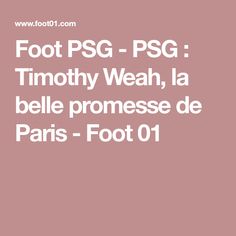 American professional soccer player who is known for his position of forward for Paris Saint-Germain within the Ligue 1. He also earned his first senior international cap for the United States.

Was first taught to play soccer by his mother, he began playing recreationally in the West Pines United F.C. in Florida. He then began playing for the New York Red Bulls Academy in 2013. In 2014, he relocated to France so he could play as a part of the Paris Saint-Germain Academy.

He is known for having been a part of both the under 17 national team and the United States national team where he first began playing in 2018.

He was born and raised in New York City. He is also the son of ex-football player and President of Liberia George Weah.

Other players known for their association with the United States national team include Bob Bradley, Roy Wegerle, and Brian Mullan.