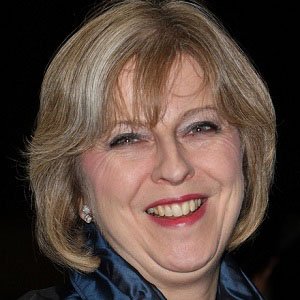 ✎ About Theresa May

Theresa May was born on October 1, 1956 in Eastbourne, England. British Conservative Party politician who became Prime Minister of the United Kingdom in 2016. She previously served as Shadow Leader of the House of Commons and as Home Secretary and Minister for Women and Equalities.
Theresa May is a member of Politician

Does Theresa May Dead or Alive?

As per our current Database, Theresa May is still alive (as per Wikipedia, Last update: May 10, 2020).

Currently, Theresa May is 66 years, 4 months and 4 days old. Theresa May will celebrate 67rd birthday on a Sunday 1st of October 2023. Below we countdown to Theresa May upcoming birthday.

Theresa May’s zodiac sign is Libra. According to astrologers, People born under the sign of Libra are peaceful, fair, and they hate being alone. Partnership is very important for them, as their mirror and someone giving them the ability to be the mirror themselves. These individuals are fascinated by balance and symmetry, they are in a constant chase for justice and equality, realizing through life that the only thing that should be truly important to themselves in their own inner core of personality. This is someone ready to do nearly anything to avoid conflict, keeping the peace whenever possible

Theresa May was born in the Year of the Monkey. Those born under the Chinese Zodiac sign of the Monkey thrive on having fun. They’re energetic, upbeat, and good at listening but lack self-control. They like being active and stimulated and enjoy pleasing self before pleasing others. They’re heart-breakers, not good at long-term relationships, morals are weak. Compatible with Rat or Dragon.

British Conservative Party Politician who became Prime Minister of the United Kingdom in 2016. She previously served as Shadow Leader of the House of Commons and as Home Secretary and Minister for Women and Equalities.

Before becoming a member of Parliament in the late 1990s, she earned a bachelor's degree in geography from the University of Oxford and worked for the Bank of England.

Although she supported the UK remaining in the EU, it was the vote to leave that ultimately led to her being appointed Prime Minister.

The child of Zaidee Barnes Brasier and Anglican cleric Hubert Brasier, she spent her childhood in Sussex and Oxfordshire, England. Her marriage to Philip John May began in late 1980.

She was appointed to high-ranking political positions under the administration of Prime Minister David Cameron, whom she eventually succeeded.

Some Theresa May images 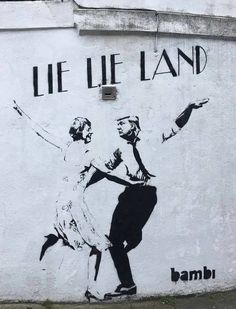