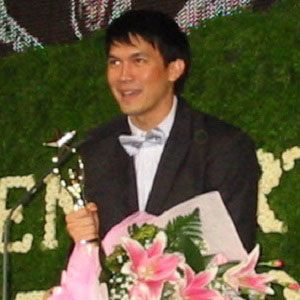 Theeradej Wongpuapan was born on December 3, 1977 in Bangkok, Thailand. Famous for his starring role as Issara Kriangkrai in the Thai television series Song Rao Nirun Dorn, Wongpuapan went on to receive Best Actor awards for his performances in the shows Oum Rak, Sawan Bieng, and Sood Sanaeha.
Theeradej Wongpuapan is a member of TV Actor

As per our current Database, Theeradej Wongpuapan is still alive (as per Wikipedia, Last update: May 10, 2020).

Theeradej Wongpuapan’s zodiac sign is Sagittarius. According to astrologers, Sagittarius is curious and energetic, it is one of the biggest travelers among all zodiac signs. Their open mind and philosophical view motivates them to wander around the world in search of the meaning of life. Sagittarius is extrovert, optimistic and enthusiastic, and likes changes. Sagittarius-born are able to transform their thoughts into concrete actions and they will do anything to achieve their goals.

Theeradej Wongpuapan was born in the Year of the Snake. Those born under the Chinese Zodiac sign of the Snake are seductive, gregarious, introverted, generous, charming, good with money, analytical, insecure, jealous, slightly dangerous, smart, they rely on gut feelings, are hard-working and intelligent. Compatible with Rooster or Ox. 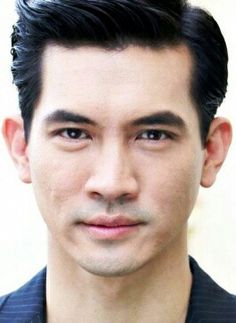 Famous for his starring role as Issara Kriangkrai in the Thai television series Song Rao Nirun Dorn, Wongpuapan went on to receive Best Actor awards for his performances in the shows Oum Rak, Sawan Bieng, and Sood Sanaeha.

At the age of seven, he acted in a television show called The Six Siblings. After putting his career on hold to study at ABAC University and at California's Brooks Institute of Photography, he returned to television in the late 1990s, appearing in Super Luk Toong.

On numerous occasions, the Suan Dusit Poll listed Wongpuapan as the "Most Popular Thai Male Star" of the year.

He was born in Bangkok, Thailand, to Director Weeraprawat Wongpuapan and television Writer Kanchana Wongpuapan. He and his wife, Actress Boosakorn "Noi" Pornwannasiriwej, welcomed their first son, Khun, in 2008, and their second son, Jun, in 2010.

He and Anne Thongprasom were both in the cast of the 2001 television series Raeng Ngao.