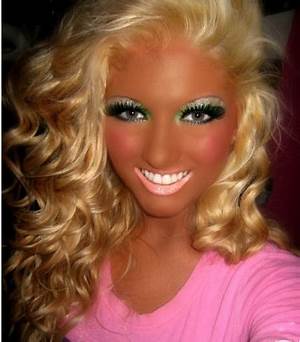 Does Sue Jones-Davies Dead or Alive?

As per our current Database, Sue Jones-Davies is still alive (as per Wikipedia, Last update: May 10, 2020).

Sue Jones-Davies was born in the Year of the Ox. Another of the powerful Chinese Zodiac signs, the Ox is steadfast, solid, a goal-oriented leader, detail-oriented, hard-working, stubborn, serious and introverted but can feel lonely and insecure. Takes comfort in friends and family and is a reliable, protective and strong companion. Compatible with Snake or Rooster.

Sue Jones-Davies was born in Wales in 1949. She lived in Dinas Cross, Pembrokeshire. She is a graduate of the University of Bristol.

In the 1970s she was singer in The Bowles Brothers Band. She sings in the Welsh-language acoustic band Cusan Tan along with Annie Jones. She is also a regular performer on Welsh-language television. In 1981, she played in The Life and Times of David Lloyd George as Megan Lloyd George, the prime minister's daughter.

Jones-Davies worked in London for several years. She appeared in the original London production of Jesus Christ Superstar. Other credits include Life of Brian, Radio On, Rock Follies, French and Saunders, Victoria Wood As Seen On TV and Brideshead Revisited. Her role in 'Rock Follies' earned her a chart hit single with "OK" in partnership with Julie Covington, Rula Lenska and Charlotte Cornwell, reaching no.10 in June 1977. In August 1976, Jones-Davies was shortlisted for the part of Leela in the long running BBC series Doctor Who, but lost out to Louise Jameson for the role.

Between June 2008 and May 2009, she served as Mayor of Aberystwyth, and sponsored a charity screening of Life of Brian. Upon taking the office, she was informed that the town had banned the film and prohibited it for nearly 30 years. In July 2008 Jones-Davies was interviewed on BBC Radio Wales and BBC Radio 2 about the film and its status in Aberystwyth. She was also profiled on BBC Radio 4's Woman's Hour. The film was screened on 28 March 2009 at the Aberystwyth Arts Centre. It was attended by cast members and co-writers of the film, Michael Palin and Terry Jones. The event was broadcast on BBC One on 12 May 2009 as a documentary titled Monty Python in Aberystwyth: A Mayor and Two Pythons.