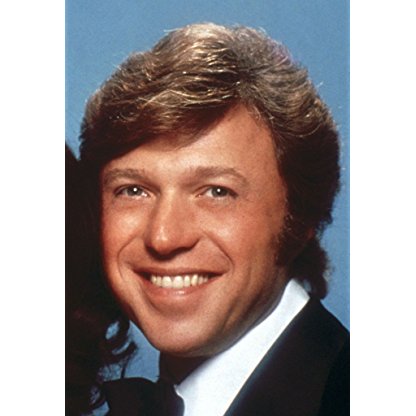 Steve Lawrence was born on July 08, 1935 in  Brooklyn, New York, United States, is Actor, Soundtrack, Producer. Singer, composer, actor and author, educated at Brooklyn's Thomas Jefferson High School and a student of saxophone and piano. Between 1958 and 1960 he served in the US Army and was a vocalist with the US Army Band and Orchestra based in Fort Myers, Virginia. After he was discharged, he commenced his singing career on television, night clubs and recordings, both as a single performer and with his wife Eydie Gormé. He appeared in the mid-1960s Broadway musical "What Makes Sammy Run?". Joining ASCAP in 1957, his popular-song compositions include "After Midnight Waltz"; "All Of My Life"; "At a Time Like This"; "Can't Get Over the Bossa Nova"; "The Chase"; "Damila"; "Hi-Ho, Steve-O"; "Hurry Home for Christmas"; "I Gotta Run": "I'll Follow You"; "I'll Never Be Alone"; "It's Easier Said than Done"; "Just For Now"; "Laugh My Face"; "Let Me Be the First"; " A Little Bit Bluer"; "Oh, How You Lied"; "Only You"; "Pity, Pity"; "The Second Time Around"; "The Shortest Love Song"; "Sittin' on the Fence of Life"; "Tall People"; "Tell Me"; "Time to Say Goodnight"; "Two on the Aisle"; "What's the Use of Talking"; "When You're in Love"; "While There's Still Time"; "The World of You"; "You Better Run"; and "Your Kisses Kill Me".
Steve Lawrence is a member of Actor

Does Steve Lawrence Dead or Alive?

As per our current Database, Steve Lawrence is still alive (as per Wikipedia, Last update: May 10, 2020).

Steve Lawrence’s zodiac sign is Leo. According to astrologers, people born under the sign of Leo are natural born leaders. They are dramatic, creative, self-confident, dominant and extremely difficult to resist, able to achieve anything they want to in any area of life they commit to. There is a specific strength to a Leo and their "king of the jungle" status. Leo often has many friends for they are generous and loyal. Self-confident and attractive, this is a Sun sign capable of uniting different groups of people and leading them as one towards a shared cause, and their healthy sense of humor makes collaboration with other people even easier.

Steve Lawrence was born in the Year of the Pig. Those born under the Chinese Zodiac sign of the Pig are extremely nice, good-mannered and tasteful. They’re perfectionists who enjoy finer things but are not perceived as snobs. They enjoy helping others and are good companions until someone close crosses them, then look out! They’re intelligent, always seeking more knowledge, and exclusive. Compatible with Rabbit or Goat. 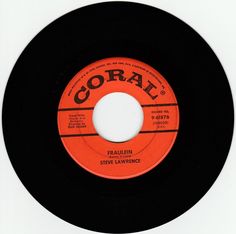 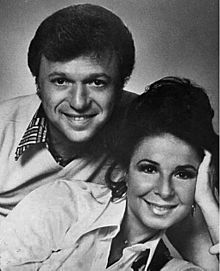 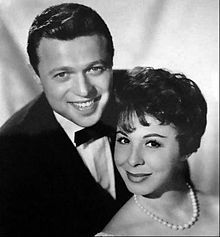 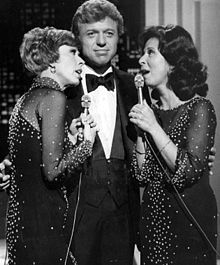 Lawrence had success on the record charts in the late 1950s and early 1960s with such hits as "Go Away Little Girl" (U.S. #1), "Pretty Blue Eyes" (U.S. #9), "Footsteps" (U.S. #7), "Portrait of My Love" (U.S. #9), and "Party Doll" (U.S. #5). "Go Away Little Girl" sold over one million copies, and was awarded a gold disc. However, much of his musical career has centered on nightclubs and the musical stage. He is also an actor, appearing in guest roles on television shows in every decade since the 1950s, in shows such as The Danny Kaye Show, The Judy Garland Show, The Carol Burnett Show, The Julie Andrews Hour, Night Gallery, The Flip Wilson Show, Police Story, Murder, She Wrote, Gilmore Girls, and CSI. In the fall of 1965, Lawrence was briefly the star of a variety show called The Steve Lawrence Show, "one of the last television shows in black and white on CBS".

Lawrence and Gormé married on December 29, 1957 at the El Rancho Hotel in Las Vegas, Nevada. They had two sons together. David Nessim Lawrence (b. 1960) is an ASCAP Award-winning Composer who composed the score for High School Musical. Michael Robert Lawrence (1962–1986) died suddenly from ventricular fibrillation resulting from an undiagnosed heart condition at the age of 23. Michael was an assistant Editor for a television show at the time of his death and was apparently healthy despite a previous diagnosis of slight arrhythmia.

Lawrence received a New York Drama Critics' Circle Award and a Tony Award nomination for his performance as Sammy Glick in What Makes Sammy Run? on Broadway (1964), and two Emmy Awards, one for production for Steve & Eydie Celebrate Irving Berlin (1978).

He and Gormé appeared together in the Broadway musical Golden Rainbow, which ran from February 1968 until January 1969. Although the show was not a huge success (a summary of this experience is chronicled in unflattering detail in william Goldman's 1968 book The Season), the show contained the memorable song "I've Gotta Be Me". This song was originally sung by Lawrence at the end of the first act of the musical; Sammy Davis, Jr. would later record a version of the song that became a Top 40 hit in 1969. None less than the "Chairman of the Board" himself, Frank Sinatra, was known to have repeatedly stated that the best male vocalist he had ever heard was Steve Lawrence.

He starred as Gary McBride in the 1972 film Stand Up and Be Counted, opposite Jacqueline Bisset and Stella Stevens. In 1980, he was introduced to a new generation of fans with his portrayal of Maury Sline in The Blues Brothers and later reprised the role in the 1998 sequel Blues Brothers 2000. His other films include the Steve Martin comedy The Lonely Guy (1984) and the crime thriller The Yards (2000).

In 1985, Steve and Eydie Gorme played Tweedledee (Gorme) and Tweedledum (Lawrence) in Irwin Allen's film adaptation of "Alice in Wonderland".

The duo also won a Las Vegas Entertainment Award for "Musical Variety Act of the Year" four times, three of them consecutively. They were honored with a lifetime achievement award from the Songwriters Hall of Fame, and in 1995 were the recipients of an Ella Lifetime Achievement Award from the Society of Singers, a non-profit organization that helps professional Singers with counseling and financial assistance.

He played Mark McCormick's father, Sonny Daye, in two episodes of Hardcastle and McCormick. In 1999, he appeared as the much-talked about, but never really seen, Morty Fine, father of Fran Fine in a few of the final episodes of The Nanny. In 2011, he portrayed Jack, a wealthy love interest of Betty White's character, Elka Ostrovsky, on Hot in Cleveland. In 2014, he guest-starred in an episode of Two and a Half Men on CBS, and sang the theme song to the parody miniseries The Spoils of Babylon.