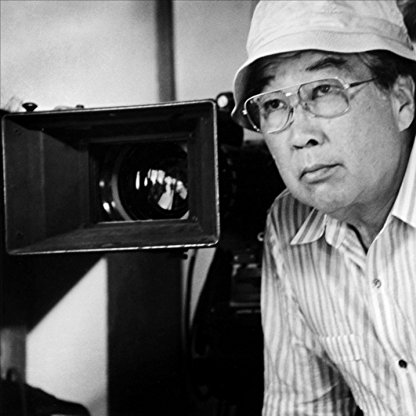 Shôhei Imamura was born on September 15, 1926 in  Tokyo, Japan, Japan, is Director, Writer, Assistant Director. Shohei Imamura's films dig beneath the surface of Japanese society to reveal a wellspring of sensual, often irrational, energy that lies beneath. Along with his colleagues Nagisa Ôshima and Masahiro Shinoda, Imamura began his serious directorial career as a member of the New Wave movement in Japan. Reacting against the studio system, and particularly against the style of Yasujirô Ozu, the director he first assisted, Imamura moved away from the subtlety and understated nature of the classical masters to a celebration of the primitive and spontaneous aspects of Japanese life. To explore this level of Japanese consciousness, Imamura focuses on the lower classes, with characters who range from bovine housewives to shamans, and from producers of blue movies to troupes of third-rate traveling actors. He has proven himself unafraid to explore themes usually considered taboo, particularly those of incest and superstition. Imamura himself was not born into the kind of lower-class society he depicts. The college-educated son of a physician, he was drawn toward film, and particularly toward the kinds of films he would eventually make, by his love of the avant-garde theater. Imamura has worked as a documentarist, recording the statements of Japanese who remained in other parts of Asia after the end of WWII, and of the "karayuki-san"--Japanese women sent to accompany the army as prostitutes during the war period. His heroines tend to be remarkably strong and resilient, able to outlast, and even to combat, the exploitative situations in which they find themselves. This is a stance that would have seemed impossible for the long-suffering heroines of classical Japanese films. In 1983, Imamura won the Palme d'Or at the Cannes Film Festival for Narayama bushikô (1983), based on a Shichirô Fukazawa novel about a village where the elderly are abandoned on a sacred mountaintop to die. Unlike director Keisuke Kinoshita's earlier version of the same story, Imamura's film, shot on location in a remote mountain village, highlights the more disturbing aspects of the tale through its harsh realism. In his attempt to capture what is real in Japanese society, and what it means to be Japanese, Imamura used an actual 40-year-old former prostitute in his Nippon konchûki (1963); a woman who was searching for her missing fiancé in Ningen jôhatsu (1967); and a non-actress bar hostess as the protagonist of his Nippon Sengoshi - Madamu onboro no Seikatsu (1970). Despite this anthropological bent, Imamura has cleverly mixed the real with the fictional, even within what seems to be a documentary. This is most notable in his Ningen jôhatsu (1967), in which the fiancée becomes more interested in an actor playing in the film than with her missing lover. In a time when the word "Japanese" is often considered synonymous with "coldly efficient," Imamura's vision of a more robust and intuitive Japanese character adds an especially welcome cinematic dimension.
Shôhei Imamura is a member of Director

Does Shôhei Imamura Dead or Alive?

Shôhei Imamura’s zodiac sign is Libra. According to astrologers, People born under the sign of Libra are peaceful, fair, and they hate being alone. Partnership is very important for them, as their mirror and someone giving them the ability to be the mirror themselves. These individuals are fascinated by balance and symmetry, they are in a constant chase for justice and equality, realizing through life that the only thing that should be truly important to themselves in their own inner core of personality. This is someone ready to do nearly anything to avoid conflict, keeping the peace whenever possible

Shôhei Imamura was born in the Year of the Tiger. Those born under the Chinese Zodiac sign of the Tiger are authoritative, self-possessed, have strong leadership qualities, are charming, ambitious, courageous, warm-hearted, highly seductive, moody, intense, and they’re ready to pounce at any time. Compatible with Horse or Dog.

Imamura was born to a comfortably upper-middle-class doctor's family in Tokyo in 1926. For a short time after 1945, when Japan was in a devastated condition following the war, Imamura participated in the black market selling cigarettes and liquor. Reflecting this period of his life, Imamura's interests as a filmmaker were usually focused on the lower strata of Japanese society. He studied Western history at Waseda University, but spent more time participating in theatrical and political activities. He cited a viewing of Akira Kurosawa's Rashomon in 1950 as an early inspiration, and said he saw it as an indication of the new freedom of expression possible in Japan in the post-war era.

Upon graduation from Waseda in 1951, Imamura began his film career working as an assistant to Yasujirō Ozu at Shochiku Studios on the films Early Summer (1951), The Flavor of Green Tea over Rice (1952) and Tokyo Story (1953). Imamura, however, was uncomfortable with the way Ozu portrayed Japanese society. While Imamura's films were to have a quite different style from Ozu's, Imamura, like Ozu, was to focus on what he saw as particularly Japanese elements of society in his films. "I've always wanted to ask questions about the Japanese, because it's the only people I'm qualified to describe," he said. He expressed surprise that his films were appreciated overseas.

Imamura left Shochiku in 1954 for a better salary at Nikkatsu. There he worked as an assistant Director to Yuzo Kawashima and also co-authored the screenplay to Kawashima's Sun in the Last Days of the Shogunate. Much later he edited a book about Kawashima, entitled Sayonara dake ga jinsei da.

In 1958, at Nikkatsu, Imamura made his first film, Stolen Desire. With this early tale of traveling actors, Imamura indulged in some of the controversial and eccentric themes that were to mark his career as a filmmaker. Nikkatsu, however, was not enthusiastic about his more radical tendencies, and forced him to make a series of lighter films with which he was not happy. Nishi Ginza Station was a comedy based on a pop-song. Endless Desire and My Second Brother were similar light fare that did not satisfy Imamura.

His 1961 film, Pigs and Battleships was a wild and energetic story about the U.S. military base at Yokosuka and its relationship with lower elements of Japanese society. Shocked by the film and what they perceived as anti-American sentiments, Nikkatsu did not allow Imamura another project for two years. His next films, 1963's The Insect Woman and 1964's Unholy Desire showed no toning down of his style. With these three films, Imamura had established himself as a Director with a strong and unique vision, and one of the leading figures of the Japanese New Wave.

To more freely explore themes without studio interference, he established his own production company, Imamura Productions, in 1965. His first independent feature was a free adaptation of Akiyuki Nosaka's 1963 novel about life on the fringes of Osaka society, The Pornographers.

He next made his first venture into the documentary genre with 1967's A Man Vanishes. His 1968 film The Profound Desire of the Gods investigates the clash between modern and traditional societies on a southern Japanese island. One of Imamura's more ambitious and costly projects, this film's poor box-office performance led to a retreat back into smaller, documentary-like films for the next decade.

History of Postwar Japan as Told by a Bar Hostess and Karayuki-san, the Making of a Prostitute were two of these projects, both focusing on one of his favorite themes: Strong women who survive on the periphery of Japanese society. Imamura returned to fiction with 1979's Vengeance Is Mine, though this film about a serial killer is based on a true story.

Imamura played the role of a Historian in the 2002 South Korean film 2009 Lost Memories.