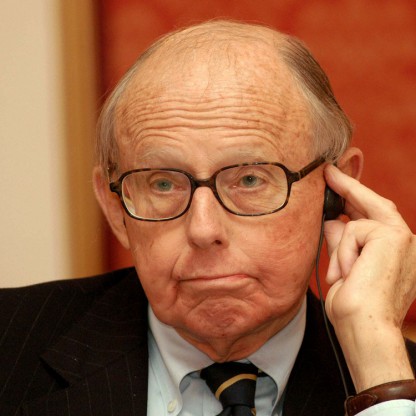 Samuel P. Huntington was born on April 18, 1927 in New York City, United States. Samuel Phillips Huntington was an American political scientist and writer who rose to fame with his thesis ‘The Clash of Civilizations?’ which he later expanded into a book ‘The Clash of Civilizations and the Remaking of World Order.’ A very prominent political scientist, he specialized in defense and international affairs, though his work covered diverse fields of political science. He played an important role as a political commentator on national debates on US Foreign Policy. After earning his doctorate from the Harvard University, he began teaching there. He specialized in American politics at the beginning of his career, later branching into other areas such as foreign policy, comparative politics, international relations and modernization. Huntington, along with Warren Demian Manshel founded an academic quarterly, ‘Foreign Policy’ in 1970 which was later changed into a bimonthly magazine. Huntington was a prolific writer and had published major works on multiple fields like defense policy, American political ideology, national security strategy, transnational organizations, processes of democratization, etc. He wrote, co-wrote or edited 17 books and numerous scholarly articles. He was an original thinker and many of his works were considered to be highly controversial at the time of their publication. Each one of his books dealt with a central political issue and his writings helped shape the American viewpoints on political development.
Samuel P. Huntington is a member of Writers

Samuel P. Huntington’s zodiac sign is Taurus. According to astrologers, Taurus is practical and well-grounded, the sign harvests the fruits of labor. They feel the need to always be surrounded by love and beauty, turned to the material world, hedonism, and physical pleasures. People born with their Sun in Taurus are sensual and tactile, considering touch and taste the most important of all senses. Stable and conservative, this is one of the most reliable signs of the zodiac, ready to endure and stick to their choices until they reach the point of personal satisfaction.

Samuel P. Huntington was born in the Year of the Rabbit. Those born under the Chinese Zodiac sign of the Rabbit enjoy being surrounded by family and friends. They’re popular, compassionate, sincere, and they like to avoid conflict and are sometimes seen as pushovers. Rabbits enjoy home and entertaining at home. Compatible with Goat or Pig. 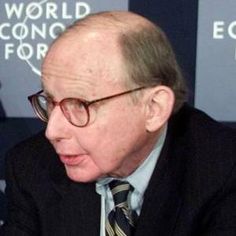 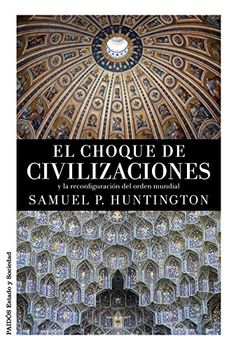 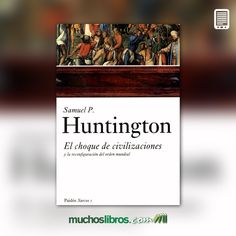 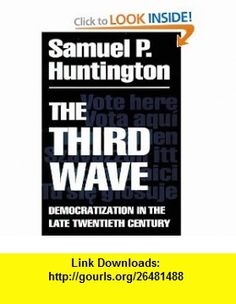 If the “direct application of mechanical and conventional power” takes place on such a massive scale as to produce a massive migration from countryside to city, the basic assumptions underlying the Maoist doctrine of revolutionary war no longer operate. The Maoist-inspired rural revolution is undercut by the American-sponsored urban revolution.

Huntington was born on April 18, 1927, in New York City, the son of Dorothy Sanborn (née Phillips), a short-story Writer, and Richard Thomas Huntington, a publisher of hotel trade journals. His grandfather was publisher John Sanborn Phillips. He graduated with distinction from Yale University at age 18, served in the U.S. Army, earned his Master's degree from the University of Chicago, and completed his Ph.D. at Harvard University where he began teaching at age 23.

He was a member of Harvard's department of government from 1950 until he was denied tenure in 1959. Along with Zbigniew Brzezinski, who had also been denied tenure, he moved to Columbia University in New York. From 1959 to 1962 he was an associate professor of government at Columbia, where he was also deputy Director of their Institute of War and Peace Studies. Huntington was invited to return to Harvard with tenure in 1963 and remained there until his death. He was elected a Fellow of the American Academy of Arts and Sciences in 1965. Huntington and Warren Demian Manshel co-founded and co-edited Foreign Policy. Huntington stayed as co-editor until 1977.

His first major book was The Soldier and the State: The Theory and Politics of Civil-Military Relations (1957), which was highly controversial when it was published, but presently is regarded as the most influential book on American civil-military relations. He became prominent with his Political Order in Changing Societies (1968), a work that challenged the conventional opinion of modernization theorists, that economic and social progress would produce stable democracies in recently decolonized countries.

Lang was inspired by the writings of Mathematician Neal Koblitz, who accused Huntington of misusing mathematics and engaging in pseudo-science. Lang claimed that Huntington distorted the historical record and used pseudo-mathematics to make his conclusions seem convincing. As an Example he used Huntington's 1968 book Political Order in Changing Societies, in which Huntington argued that South Africa was a "satisfied society" in the 1960s. Lang didn't believe the conclusion, so he looked at how Huntington justified this claim and concluded that he used a method which was simply not valid. Lang suspected that he was using false pseudo-mathematical argument to give arguments that he wanted to justify greater authority. It was, said Lang, "a type of language which gives the illusion of science without any of its substance." Lang documents his accusations in his book Challenges.

During the 1970s, Huntington was an advisor to governments, both democratic and dictatorial. During 1972, he met with Medici government representatives in Brazil; a year later he published the report "Approaches to Political Decompression", warning against the risks of a too-rapid political liberalization, proposing graduated liberalization, and a strong party state modeled upon the image of the Mexican Institutional Revolutionary Party (PRI). After a prolonged transition, Brazil became democratic during 1985.

He also was co-author of The Crisis of Democracy: On the Governability of Democracies, a report issued by the Trilateral Commission in 1976. In 1977, his friend Brzezinski – who had been appointed National Security Adviser in the administration of Jimmy Carter – invited him to become White House Coordinator of Security Planning for the National Security Council. He served in this position until the end of 1978.

During the 1980s, the South African apartheid government of P.W. Botha became increasingly preoccupied with security. On Huntington's advice, Botha's government established a powerful state security apparatus to "protect" the state against an anticipated upsurge in political violence that the reforms were expected to cause. The 1980s became a period of considerable political unrest, with the government becoming increasingly dominated by Botha's circle of generals and police chiefs (known as securocrats), who managed the various States of Emergencies.

In 1986, Huntington was nominated for membership to the National Academy of Sciences. The entire academy voted on the nomination, although many Scientists were unfamiliar with the nominee. Professor Serge Lang, a Yale University Mathematician, disturbed this electoral status quo by challenging Huntington's nomination. Lang campaigned for others to deny Huntington membership, and eventually succeeded; Huntington was twice nominated and twice rejected. A detailed description of these events was published by Lang in "Academia, Journalism, and Politics: A Case Study: The Huntington Case" which occupies the first 222 pages of his 1998 book Challenges.

Huntington frequently cited Brazil as a success, alluding to his role in his 1988 presidential address to the American Political Science Association, commenting that political science played a modest role in this process. Critics, such as British political scientist Alan Hooper, note that contemporary Brazil has an especially unstable party system, wherein the best institutionalized party, Luiz Inácio Lula da Silva's Workers' Party emerged in opposition to controlled-transition. Moreover, Hooper claims that the lack of civil participation in contemporary Brazil results from that top-down process of political participation transitions.

In his 1991 book, The Third Wave: Democratization in the Late Twentieth Century, Huntington made the argument that beginning with Portugal's revolution during 1974, there has been a third wave of democratization which describes a global trend which includes more than 60 countries throughout Europe, Latin America, Asia, and Africa which have undergone some form of democratic transition. Huntington won the 1992 University of Louisville Grawemeyer Award for this book.

During 1993, Huntington provoked great debate among international relations theorists with the interrogatively-titled "The Clash of Civilizations?", an influential, oft-cited article published in Foreign Affairs magazine. In the article, he argued that, after the fall of the Soviet Union, Islam would become the biggest obstacle to Western domination of the world. The West's next big war therefore, he said, would inevitably be with Islam. Its description of post-Cold War geopolitics and the "inevitability of instability" contrasted with the influential End of History thesis advocated by Francis Fukuyama.

Huntington expanded "The Clash of Civilizations?" to book length and published it as The Clash of Civilizations and the Remaking of World Order in 1996. The article and the book posit that post-Cold War conflict would most frequently and violently occur because of cultural rather than ideological differences. That, whilst in the Cold War, conflict occurred between the Capitalist West and the Communist Bloc East, it now was most likely to occur between the world's major civilizations—identifying seven, and a possible eighth: (i) Western, (ii) Latin American, (iii) Islamic, (iv) Sinic (Chinese), (v) Hindu, (vi) Orthodox, (vii) Japanese, and (viii) African. This cultural organization contrasts the contemporary world with the classical notion of sovereign states. To understand current and Future conflict, cultural rifts must be understood, and culture—rather than the State—must be accepted as the reason for war. Thus, Western nations will lose predominance if they fail to recognize the irreconcilable nature of cultural tensions. Huntington argued that this post-Cold War shift in geopolitical organization and structure requires the West to strengthen itself culturally, by abandoning the imposition of its ideal of democratic universalism and its incessant military interventionism. Underscoring this point, Huntington wrote in the 1996 expansion, "In the emerging world of ethnic conflict and civilizational clash, Western belief in the universality of Western culture suffers three problems: it is false; it is immoral; and it is dangerous."

Huntington's last book, Who Are We? The Challenges to America's National Identity, was published during May 2004. Its subject is the meaning of American national identity and the possible cultural threat posed to it by large-scale Latino immigration, which Huntington warns could "divide the United States into two peoples, two cultures, and two languages".

Huntington continued to teach undergraduates until his retirement in 2007.

He met his wife, Nancy Arkelyan, when they were working together on a speech for 1956 presidential candidate Adlai Stevenson. They had two sons, Nicholas and Timothy. After several years of declining health, Huntington died on December 24, 2008, at age 81 on Martha's Vineyard, Massachusetts.

Huntington’s supporters included Herbert A. Simon, a 1978 laureate of the Bank of Sweden Prize in Economic Sciences in Memory of Alfred Nobel. The Mathematical Intelligencer offered Simon and Koblitz an opportunity to engage in a written debate, which they accepted.