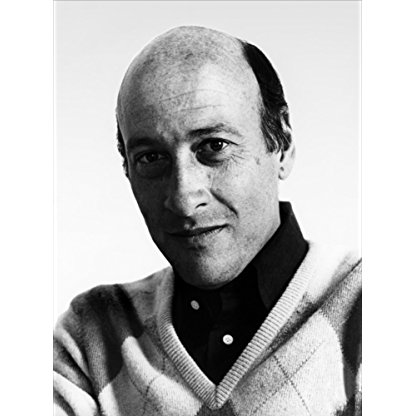 Richard Lester was born on January 19, 1932 in  Philadelphia, Pennsylvania, United States, is Director, Producer, Writer. Richard Lester was one of the most influential directors of the 1960s, and continued his career into the 1970s and early '80s. He is best remembered for the two films he helmed starring The Beatles: A Hard Day's Night (1964) (1964) and Help! (1965) (1965), the frenetic cutting style of which was seen by many as the predecessor of the music video a generation later.Lester had made his name with the Oscar-nominated short subject The Running Jumping & Standing Still Film (1959) that he made with "The Goon Show" veterans Peter Sellers and Spike Milligan. He then directed Sellers in The Mouse on the Moon (1963), which was produced by Walter Shenson. The Goons were a favorite of The Beatles, and when Shenson got the rights to make a movie with The Beatles, Lester seemed to be the ideal director for the project.That project, "A Hard Day's Night", was not only a huge box-office hit but a major critical success as well. "Village Voice" movie critic Andrew Sarris, the American promoter of the "auteur theory" in America, described "A Hard Day's Night" as "the Citizen Kane (1941) of juke box musicals." Lester had arrived, and his next film, the Swinging Sixties yarn The Knack ...and How to Get It (1965), won the Palme d'Or at the 1966 Cannes Film Festival. He also directed the wildly satirical How I Won the War (1967), which came a year after the huge success of A Funny Thing Happened on the Way to the Forum (1966), his adaptation of the smash Broadway play, which relied on the Keatonesque slapstick Lester had used so well in The Beatles films ("Forum" even featured Lester's hero Buster Keaton in a small but highly amusing role).Aside from "A Hard Day's Night", the success of which relies as much on The Beatles themselves as auteurs (Lester claims that the script by Alun Owen was largely jettisoned during filming, and its scripted "quips" were replaced by the real things from The Beatles themselves), Lester's true '60s masterpiece is Petulia (1968) (1968). A corrosive look at the American upper-middle-class and the fragmentation of American society, "Petulia" is one of the great, if unheralded, American films. Propelled by the luminous presence of Julie Christie and the powerhouse performance of George C. Scott, "Petulia" was a success at the box office, although some critics were upset over the blackness of the comedy. It was to prove to be his last great film, as he stumbled soon after it was released. The Bed Sitting Room (1969), a Samuel Beckett-influenced satire based on a play (and script) by Spike Milligan co-starring Dudley Moore and Peter Cooke--from the smash revue "Beyond the Fringe"--was a resounding flop at the box office and among critics, and Lester found himself unemployable.However, The Three Musketeers (1973), which he shot simultaneously with The Four Musketeers (1974) for producer Ilya Salkind, resurrected his career. When the Salkinds (Ilya and his father Alexander Salkind) were in the midst of filming Superman (1978) simultaneously with its sequel, Lester was hired as a supervising producer, then took over the filming of the sequel, Superman II (1980), when original director Richard Donner was fired. The sequel was a financial and critical success (as much as comic book films were in the early 1980s), and he was hired to direct the far-less successful Superman III (1983).At the end of the 1980s, Lester returned to the storyline that had revitalized his career back in the early 1970s, filming a second sequel to "The Three Musketeers." However, after his close friend, actor Roy Kinnear died during the shooting of The Return of the Musketeers (1989), Lester seemed to lose heart with the movie-making business. He has not directed another film.
Richard Lester is a member of Director

Does Richard Lester Dead or Alive?

As per our current Database, Richard Lester is still alive (as per Wikipedia, Last update: May 10, 2020).

Richard Lester’s zodiac sign is Aquarius. According to astrologers, the presence of Aries always marks the beginning of something energetic and turbulent. They are continuously looking for dynamic, speed and competition, always being the first in everything - from work to social gatherings. Thanks to its ruling planet Mars and the fact it belongs to the element of Fire (just like Leo and Sagittarius), Aries is one of the most active zodiac signs. It is in their nature to take action, sometimes before they think about it well.

Richard Lester was born in the Year of the Monkey. Those born under the Chinese Zodiac sign of the Monkey thrive on having fun. They’re energetic, upbeat, and good at listening but lack self-control. They like being active and stimulated and enjoy pleasing self before pleasing others. They’re heart-breakers, not good at long-term relationships, morals are weak. Compatible with Rat or Dragon. 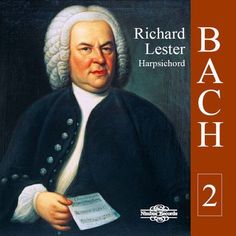 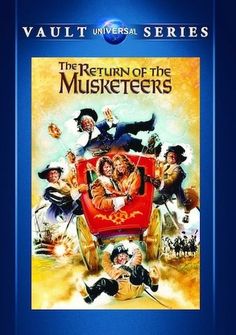 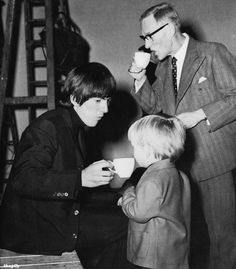 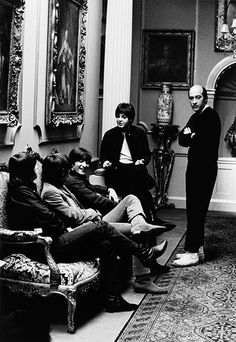 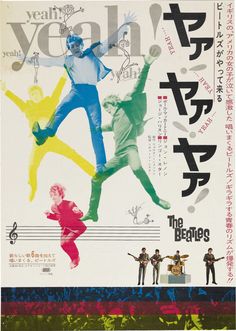 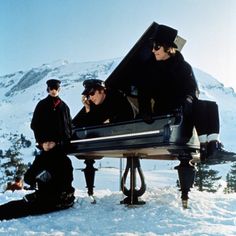 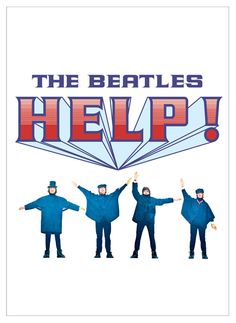 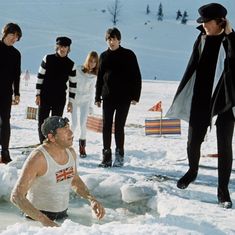 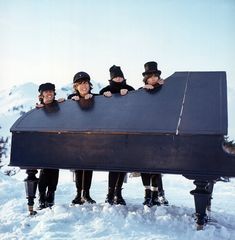 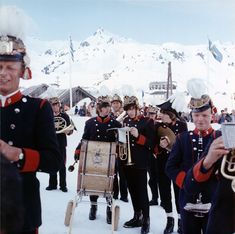 Richard Lester Liebman was born to a Jewish family in Philadelphia, Pennsylvania. A child Prodigy, he began studies at the University of Pennsylvania at the age of 15. He started in television in 1950, working as a stage hand, floor manager, assistant Director and then Director in less than a year, because no one else was around who knew how to do the work.

Lester directed Action in the Afternoon an American western television series that aired live on CBS from February 2, 1953 to January 29, 1954. The series originated from the studios and back lot of WCAU, Channel 10 in Philadelphia, and was broadcast Monday through Friday regardless of the weather. The half-hour series aired variously at 3:30 pm or 4:00 pm, throughout its run. In 1953, Lester moved to London and began work as a Director in television, working for the low-budget producers The Danziger Brothers on episodes of Mark Saber, a half-hour detective series.

A short film Lester made with Spike Milligan and Peter Sellers, The Running Jumping & Standing Still Film (1959), was a favourite of the Beatles, and in particular John Lennon. When the band members were contracted to make a feature film, they chose Lester from a list of possible Directors. A Hard Day's Night (1964) showed an exaggerated and simplified version of The Beatles' characters, and proved to be an effective marketing tool. Many of its stylistic innovations survive today as the conventions of music videos, in particular the multi-angle filming of a live performance. Lester was sent an award from MTV as "Father of the Music Video."

Subsequent Lester films from the 1960s included Petulia (1968) with Julie Christie and a score by John Barry, as well as the darkly surreal anti-war movie How I Won the War co-starring Lennon, which he referred to as an "anti-anti-war movie"; Lester noted that anti-war movies still took the concept of war seriously, contrasting "bad" war crimes with wars fought for "good" causes like the liberation from Nazism or, at that time, Communism, whereas he set out to deconstruct it to show war as fundamentally opposed to humanity.

Lester directed the second Beatles film Help! (1965). Between the two Beatles films, Lester directed the first of several quintessential 'swinging' films, the sex comedy The Knack …and How to Get It (also 1965), the earliest of three films with actor Michael Crawford, which won the Palme d'Or at the Cannes Film Festival.

Although set in World War II, the movie is indeed an oblique reference to the Vietnam War and at one point, breaking the fourth wall, references this directly. Lester returned to his anti-war theme with the post-apocalyptic black comedy The Bed Sitting Room (1969) based on a play by Spike Milligan and John Antrobus.

In the 1970s, Lester directed a wide variety of films, including the disaster film Juggernaut (1974), Robin and Marian (1976), starring Sean Connery and Audrey Hepburn, and the period romance Cuba (1979), also starring Connery. However his biggest commercial successes in this period were The Three Musketeers (1973) and its sequel The Four Musketeers (1974). The films were somewhat controversial at the time because the producers, Alexander and Ilya Salkind, decided to split the first film into two after principal photography was completed. Many of the cast principals sued the Salkinds as a result, stating that they were only contracted to make one film.

Production on Superman II began before Superman was completed, and had to be halted to concentrate on getting the first movie completed. After the first Superman film was released in late 1978, the Salkinds went back into production on Superman II without informing Superman Director Richard Donner; they placed Lester behind the camera for the completion of the film. Although Donner had shot a majority of what was planned for the film, much of his footage was jettisoned or reshot during Lester's time on the project.

In 1984, Lester was awarded the MTV Video Vanguard Award.

In 1988, Lester reunited most of the Three Musketeers cast to film another sequel, The Return of the Musketeers, released the following year. During filming in Spain, actor Roy Kinnear, a close friend of Lester, died after falling from a horse. Lester finished the film, then unofficially retired from directing, returning only to direct the concert film of Paul McCartney entitled Get Back (1991). In 1993, he presented Hollywood UK, a five-part series on British cinema in the 1960s for the BBC.

Director Steven Soderbergh is among many who have called for a reappraisal of Lester's work and influence. He authored Getting Away With It, published in 1999, about Lester's career. which consists of interviews with Lester.

Gene Hackman, who played Lex Luthor, refused to return for the reshoots, so Lester instead used a stunt double and an impersonator to loop Luthor's lines onto footage of Hackman shot by Donner. Some of Donner's original footage was later integrated into television versions of the film. In November 2006, Donner's footage was reedited into Superman II: The Richard Donner Cut, consisting primarily of his footage with Lester's footage used only for scenes not shot during Donner's principal photography. Lester directed Superman III (1983), but this third installment was not as well received as its predecessors, yet was considered a box office success.