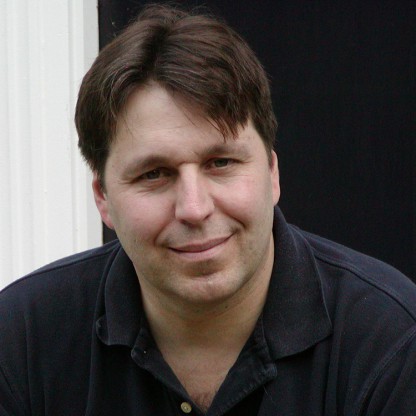 ✎ About R. A. Salvatore

R. A. Salvatore was born on January 20, 1959 in Leominster, Massachusetts, United States, is Novelist. Robert Anthony Salvatore, famous with his writing name R. A. Salvatore, is a popular American author of the fantasy books. He is best known for ‘The Demon Wars’ saga; his ‘Forgotten Realms’ novels in which he created ‘Drizzt Do'Urden’—a righteous dark elf who fights the whole nation of wicked enemies only on the basis of his valor and brilliant swordsmanship, and ‘Vector Prime’--the first novel in the Star Wars: The New Jedi Order series. In total 22 of his novels have made it to the New York Times Bestseller list and has sold over 15 million copies of his novels in the United States alone. The passion for writing fantasy first started in him when he got his hands on J.R.R. Tolkien's ‘The Lord of the Rings’ and he continued to pursue his passion through high school and college and after much perseverance landed a writing deal with TSR, Inc.
R. A. Salvatore is a member of Writers

Does R. A. Salvatore Dead or Alive?

R. A. Salvatore’s zodiac sign is Aquarius. According to astrologers, the presence of Aries always marks the beginning of something energetic and turbulent. They are continuously looking for dynamic, speed and competition, always being the first in everything - from work to social gatherings. Thanks to its ruling planet Mars and the fact it belongs to the element of Fire (just like Leo and Sagittarius), Aries is one of the most active zodiac signs. It is in their nature to take action, sometimes before they think about it well.

R. A. Salvatore was born in the Year of the Pig. Those born under the Chinese Zodiac sign of the Pig are extremely nice, good-mannered and tasteful. They’re perfectionists who enjoy finer things but are not perceived as snobs. They enjoy helping others and are good companions until someone close crosses them, then look out! They’re intelligent, always seeking more knowledge, and exclusive. Compatible with Rabbit or Goat.

Some R. A. Salvatore images 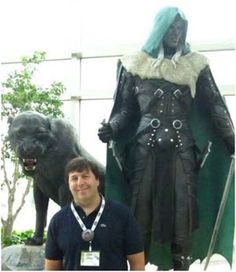 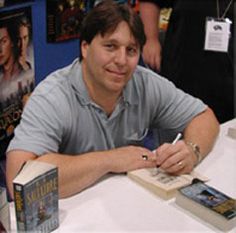 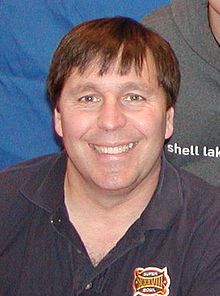 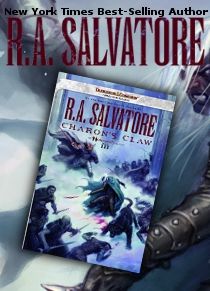 Robert Salvatore was born in Leominster, Massachusetts, the youngest of a family of seven. A graduate of Leominster High School, Salvatore has credited his high school English Teacher with being instrumental in his development as a Writer. During his time at Fitchburg State College, he became interested in fantasy after reading J. R. R. Tolkien's The Lord of the Rings, given to him as a Christmas gift. He developed an interest in fantasy and other literature, promptly changing his major from computer science to journalism. He earned a Bachelor of Science Degree in Communications/Media from Fitchburg. He earned this degree in 1981 and later a Bachelor of Arts in English. Before taking up writing full-time, he worked as a bouncer. He attributes his fierce and vividly described battle scenes to his experience as a bouncer.

In 1982, he started writing more seriously, developing a manuscript he titled Echoes of the Fourth Magic. He created the setting of Ynis Aielle for the novel, writing it in longhand by candlelight. In an interview with comic book website Project Fanboy, Salvatore said he landed the deal for his first book when, after finishing the script for Echoes of the Fourth Magic in early 1987, he sent the work to TSR and several other publishers. TSR was looking for an author to write the second book in the Forgotten Realms line and asked Salvatore to audition. In July 1987, Salvatore won the spot to write the book. His first published novel was The Crystal Shard from TSR in 1988. The first hardcover novel from TSR was Salvatore's The Legacy (1992). After Passage to Dawn (1996), TSR's management picked a new author to write stories about Drizzt; Mark Anthony's Drizzt novel The Shores of Dusk was completed by the time Wizards of the Coast acquired TSR, but Wizards opted not to publish that one and instead brought Salvatore back to write about Drizzt, beginning with The Silent Blade (1998). The Silent Blade won the Origins Award that year. Salvatore went on to publish several series of books in the Forgotten Realms campaign world, while lately his popularity surged due to his Demon Wars sagas and his two Star Wars books.

In the fall of 1997, his letters, manuscripts, and other professional papers were donated to the R.A. Salvatore Library at his alma mater, Fitchburg State University in Fitchburg, Massachusetts.

In 1999, Salvatore was tasked with writing Vector Prime, the first novel in the Star Wars: The New Jedi Order series. Vector Prime was extremely controversial among Star Wars fans because its plot included the death of Chewbacca, making the Wookiee the first major character from the original trilogy (and one of the most popular characters in the franchise) to be permanently killed off in the Star Wars expanded universe novels. Salvatore was ordered by Lucasfilm Ltd. to kill off the character. Many fans thought that Salvatore himself had made this decision, but it was actually Randy Stradley, the then-editor at Dark Horse Comics.

In addition to his novels, Salvatore wrote the story for the PS2, Xbox and PC video game Forgotten Realms: Demon Stone (2004), working with the design team at Stormfront Studios. The game was published by Atari and was nominated for awards by the Academy of Interactive Arts & Sciences and BAFTA. CDS books commissioned him to edit a four book series based on the interactive online EverQuest game. He also wrote the bot chat lines for the Quake III bots.

In February 2008, Devil's Due Publishing published Spooks, a comic book about a U.S. government anti-paranormal investigator/task force created by Larry Hama and Salvatore. Hama created the military characters and plots, and Salvatore covered the Monster characters.

In 2010, Wizards of the Coast announced a new deal with Salvatore to write six more books featuring Drizzt the dark elf. The books' release dates are planned between 2011 and 2016.

Salvatore was hired as creative Director for upstart game developer 38 Studios, which was owned by former baseball player Curt Schilling. He wrote the dialogue and created a backstory spanning ten thousand years for the fantasy game Kingdoms of Amalur: Reckoning, which was released in February 2012, and sold over one million units. However, three months later 38 Studios declared bankruptcy and ceased operations. The company laid off its entire staff, including Salvatore, with the $2 million fee for his services having never been paid. Salvatore claimed he harbored no ill will toward Schilling in a 2014 interview with The Escapist. "Why would I sue Curt [for the $2 million]? Maybe he made a couple of bad Business decisions ... [but] he didn't do anything nefarious, and he got wiped out. He's lying in the gutter and you want me to kick him in the head? Why would anyone do that?"