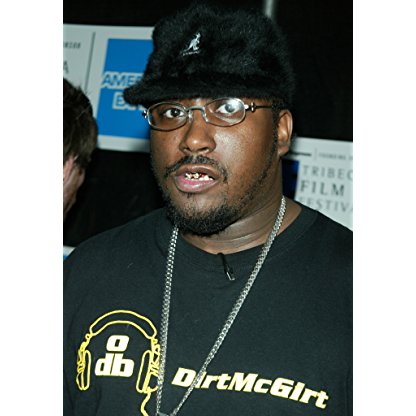 Ol' Dirty Bastard’s zodiac sign is Sagittarius. According to astrologers, Sagittarius is curious and energetic, it is one of the biggest travelers among all zodiac signs. Their open mind and philosophical view motivates them to wander around the world in search of the meaning of life. Sagittarius is extrovert, optimistic and enthusiastic, and likes changes. Sagittarius-born are able to transform their thoughts into concrete actions and they will do anything to achieve their goals.

Ol' Dirty Bastard was born in the Year of the Monkey. Those born under the Chinese Zodiac sign of the Monkey thrive on having fun. They’re energetic, upbeat, and good at listening but lack self-control. They like being active and stimulated and enjoy pleasing self before pleasing others. They’re heart-breakers, not good at long-term relationships, morals are weak. Compatible with Rat or Dragon. 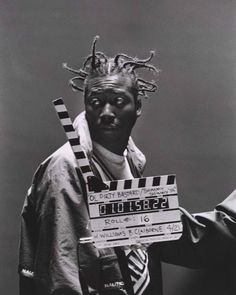 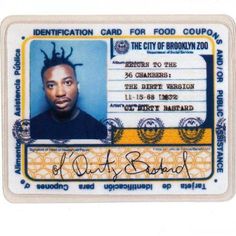 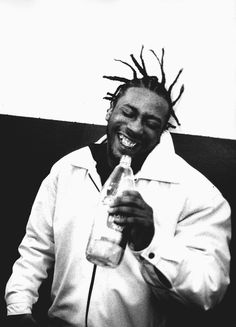 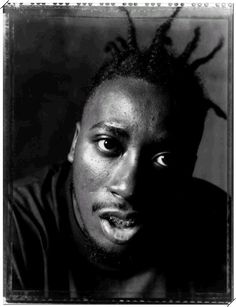 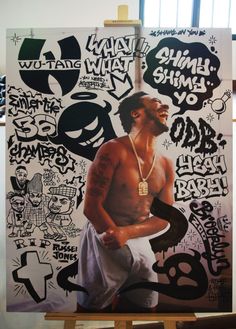 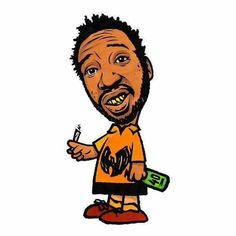 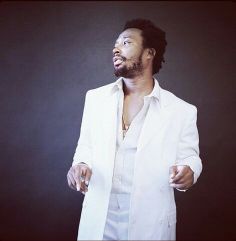 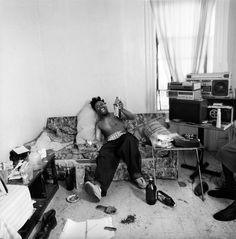 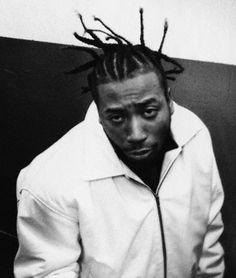 Russell Jones was born on November 15, 1968, in the Fort Greene section of Brooklyn, New York. He and his cousins Robert Diggs and Gary Grice shared a taste for rap music and martial arts-style movies. Jones, Diggs, and Grice (later known as Ol' Dirty Bastard, RZA, and GZA respectively) formed the group Force of the Imperial Master, which subsequently became known as All in Together Now after their successful underground single of the same name. They eventually added six more members to their group, calling it the Wu-Tang Clan. The group released their debut album Enter the Wu-Tang (36 Chambers) in 1993, receiving notable commercial and critical success.

In 1993, Ol' Dirty Bastard was convicted of second degree assault for an attempted robbery and in 1994, he was shot in the abdomen following an argument with another Rapper. In 1997, he was arrested for failure to pay child support for three of his children. In 1998, he pleaded guilty to attempted assault on his wife and was the victim of a home invasion robbery at his girlfriend's house. He was shot in the back and arm but the wounds were superficial.

Ol' Dirty Bastard's solo career began March 28, 1995. His first solo album, Return to the 36 Chambers: The Dirty Version, spawned the hit singles "Brooklyn Zoo" and "Shimmy Shimmy Ya", which helped propel the album to platinum status. The album's sound was noted by several music Writers as being as "raw and gritty" as 36 Chambers, with RZA and 4th Disciple producing beats of an even more minimalist and stripped-down style than on the group's debut album. In this same year, Ol' Dirty Bastard collaborated with Mariah Carey for the "Fantasy Remix".

It was around this time that Ol' Dirty Bastard gained notoriety when, as he was being profiled for an MTV biography, he took two of his seven children by limousine to a New York State welfare office to cash a $375 welfare check and receive food stamps; his latest album was still in the top ten of the US charts. The entire incident was filmed by an MTV camera crew and was broadcast nationwide. Although he had recently received a $45,000 cash advance for his first solo album and was earning a cut of the profits from the Wu-Tang Clan's debut album, Ol' Dirty Bastard was still listed as eligible for welfare and food stamps due to the fact that he had not yet filed his taxes for the current year. His caseworker revoked his eligibility after seeing the MTV segment, and the incident was viewed as an Example of the welfare abuses that led to the significant welfare reforms enacted in 1996.

In 1997, Ol' Dirty Bastard appeared on the Wu-Tang Clan's second and most commercially successful work, the double album Wu-Tang Forever. He had fewer appearances on this album than the group's debut, contributing to one solo track ("Dog Shit"), three verses ("Maria", "Reunited", "Heaterz"), one hook ("As High as Wu-Tang Get"), and a spoken introduction/refrain ("Triumph").

In July 1998, only days after being shot in a push-in robbery at his girlfriend's house in Brooklyn, he was arrested for shoplifting a pair of $50 shoes from a Sneaker Stadium store in Virginia Beach, Virginia, although he was carrying close to $500 in cash at the time. He was issued bench warrants by the Virginia Beach Sheriff's Department to stand trial after he failed to appear in court numerous times. He was arrested for Criminal threatening after a series of confrontations in Los Angeles a few weeks later, and was then re-arrested for similar charges not long after that. During a traffic stop, the details of which remain clouded in multiple versions of events, he was arrested for attempted murder and Criminal weapon possession. The case was later dismissed.

In October 2000, he escaped from his court-mandated drug treatment facility and spent one month as a fugitive. During his time on the run, he met with RZA and spent some time in their recording studio. He then appeared onstage at the Hammerstein Ballroom in New York drinking from a bottle at the record release party for The W, the third Wu-Tang Clan album. In late November 2000, while still a fugitive, he was arrested outside a South Philadelphia McDonald's (at 29th and Gray's Ferry Ave.), after he drew a crowd while signing autographs. He spent several days in a Philadelphia jail and was later extradited to New York City. A Manhattan court sentenced him to two to four years incarceration.

In 2001, with Ol' Dirty Bastard again in jail for crack cocaine possession, his record label Elektra Records made the decision to release a greatest hits album (despite there being only two albums in his back catalog) in order to both end their contract with the Artist (see below section), in order to help him profit from the publicity generated by his legal troubles. After the contract with Elektra was terminated, the label D-3 records released the album The Trials and Tribulations of Russell Jones in 2002, composed of tracks compiled without Ol' Dirty Bastard's input.

Leading up to his death, Ol' Dirty Bastard's legal troubles and eccentric behavior made him "something of a folk hero", according to The New Yorker Writer Michael Agger. Music Writer Steve Huey wrote: "it was difficult for observers to tell whether Ol' Dirty Bastard's wildly erratic behavior was the result of serious drug problems or genuine mental instability." According to The Atlantic contributing Editor and music biographer James Parker, ODB had been diagnosed with schizophrenia in 2003.

In 2012, his FBI file was released to the public after a Freedom of Information Act request. It contains details of numerous crimes, such as alleged connections to three murders, a shoot out with the New York City Police Department, and a Racketeer Influenced and Corrupt Organizations Act investigation against the Wu-Tang Clan.

In August 2017 in an interview on Hot 97, Wu-Tang Clan member RZA confirmed that the new Wu-Tang album, Wu-Tang: The Saga Continues, will contain unreleased vocals by Ol' Dirty Bastard.