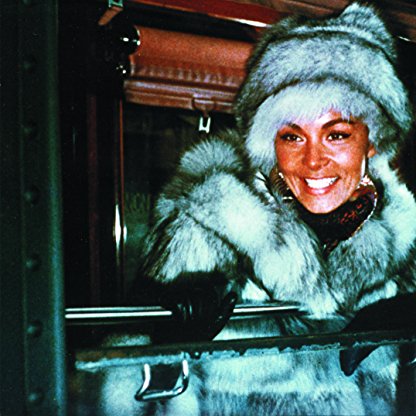 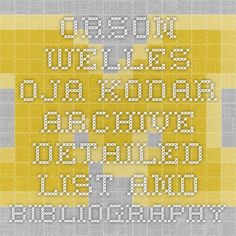 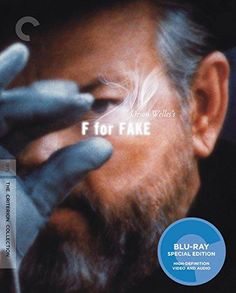 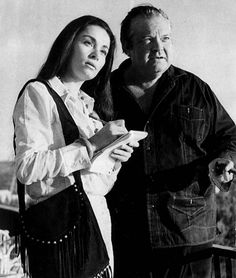 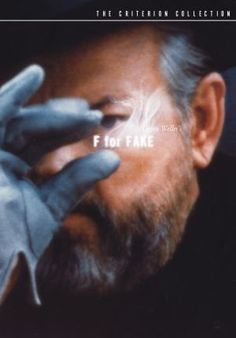 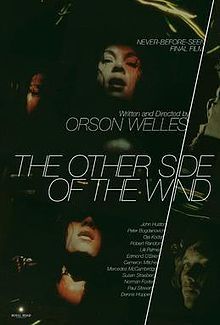 Born Olga Palinkaš in Zagreb to a Hungarian father and a Croatian mother, Kodar was the partner and lover of Orson Welles during the final years of his life. They met in Zagreb in 1961, when Welles was in town filming The Trial. Forty-six-year-old Welles, at the time married to his third wife Paola Mori, took a liking to the twenty-year-old "dark, beautiful and exotic-looking" Palinkaš. Soon after they began their relationship, Welles gave her a stage name Oja Kodar, which is a mixture of the name 'Oja' given by her sister Nina and the Croatian expression 'ko-dar' (as a present).

In 1966, five years after they met, the couple went back to the Yugoslav coast where Welles began shooting The Deep based on Charles Williams' novel Dead Calm with Kodar playing one of the main roles. Welles envisioned the film as a commercial project, designed to do well at the box-office; however, the production ran into financial and technical difficulties and was not completed. Decades later, Kodar blamed it on an unwillingness by jealous co-star Jeanne Moreau to dub her lines, while Editor Mauro Bonanni claimed Welles abandoned The Deep when he realized the novice Kodar was ill-suited for the lead role.

Welles began shooting The Other Side of the Wind in 1970. Kodar says she co-wrote the screenplay with Welles, though it dates back to the early 1960s as a project Welles first conceived with Keith Baxter and Anthony Perkins in key roles. With a plot revolving around an aging film director's 70th birthday party, the film was conceptualized as a cynical portrait of the 1970s Hollywood – parodying the end of the studio system, and the experimental new filmmakers of the New Hollywood, as well as mocking various European Directors. The shooting, featuring Kodar in a sex scene with Bob Random in a station wagon, dragged on for years and never got completed.

Kodar (uncredited) co-wrote and appeared as herself in Welles's free-form documentary, F for Fake (1973), which initially received negative reviews, but grew in stature in the years since due to its groundbreaking editing techniques.

In 1980, Kodar collaborated on a script for Welles's film The Dreamers based on Karen Blixen's stories. Test scenes with Kodar in the main role were shot in 1982, but Welles never obtained backing for the film. The Munich Film Museum has edited the black and white and color footage into a short film.

Three months after Welles's died in October 1985, Kodar sold her book rights to Dead Calm for $180,000 to Australian Producer George Miller for a 1989 film of the same name; however, the deal nearly went sour until producers informed Kodar they would hold her liable for damages.

In his final years, Welles divided his time between a Las Vegas home he shared with Mori and a Hollywood house with Kodar. Mori died 10 months after her husband and the estate was settled by Kodar and Beatrice Welles, Mori and Welles's daughter, on November 7, 1986.

Kodar made her debut as a feature film Director, with the release of Jaded (1989). The film was produced by Kodar and Gary Graver (one of the cameramen on F for Fake), who doubled as the Director of photography. The film starred Randall Brady, Elizabeth Brooks, Scott Kaske, Jillian Kesner, Kelli Maroney, and Kodar. Portions of the film were shot in an artist's loft in downtown Los Angeles.

Kodar supervised Jess Franco's assemblage of unedited footage of Welles's Don Quixote, which was released in 1992 to overwhelmingly poor reviews.

She later co-directed and co-wrote the German-French documentary Orson Welles: The One-Man Band (1995). For this film, she supervised a compilation of unused footage shot by Welles over the final 20 years of his career. Kodar is interviewed in Los Angeles and in Orvilliers, France where they shared a house. This documentary is included on The Criterion Collection DVD release of F For Fake. The documentary goes into details about the three unfinished films on which Kodar and Welles worked together. The Other Side of the Wind was largely completed and according to media reports in April 2007 speculated on a release in 2008. The other films were never completed for reasons explained in the documentary.

A plan to complete The Other Side of the Wind by producers Filip Jan Rymsza and Frank Marshall was agreed to by Kodar in October 2014, but later fell apart as Kodar and producers renegotiated conditions of the deal.

Speaking at Chapman University in Orange, California on September 11, 2015, Directors Peter Bogdanovich and Henry Jaglom and author Joseph McBride – all onscreen participants in The Other Side of the Wind – confirmed that Kodar had at various points derailed attempts to complete the movie.