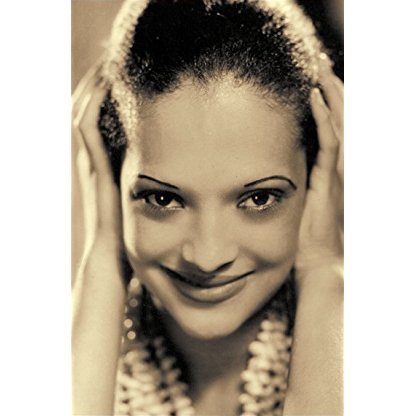 Nina Mae McKinney was born on June 13, 1912 in  Lancaster, South Carolina, United States, is Actress, Soundtrack. Nina Mae McKinney is known as the seductress "Chick" from Hallelujah (1929), the first all-black, all-sound musical. Even though she was acknowledged as a great actress, singer and dancer by audiences in the U.S. and Europe, today she is mostly forgotten. She certainly had the looks, enthusiasm, and acting talent to succeed. But as she and other black women of her time learned, there wasn't much work for a black woman other than as a maid, "mammy" figure, or prostitute. Hollywood was scared to take a chance on an attractive black woman, to make her into a glamorous sex symbol as they would with an attractive white actress. There would be no true glamorous black female sex symbol until Lena Horne's arrival in 1942. Nina learned, as did other black actresses, that there was little success to be had after an initial big splash.McKinney was born in 1913 in the small town of Lancaster, South Carolina, eventually to become an international figure as an actress, singer and band leader. Her given name was Nannie Mayme McKinney. Her parents, Hal and Georgia McKinney, moved from Lancaster to New York City and left the child with her great-aunt, Carrie Sanders. "Aunt Carrie" lived in a small apartment in the backyard of Col. Leroy Springs, father of businessman and flying ace Elliott White Springs. Aunt Carrie worked as a cook and housekeeper for the Springs family. As soon as Nannie Mayme was old enough she ran errands for Lena Jones Springs, who gave her a bicycle to ride to the post office to pick up the mail. Nannie Mayme's first public performances were riding stunts, or "cutting capers", as amazed bystanders called it. She appeared in plays at the black Lancaster Industrial School (founded by Springs), where she quickly learned the lines of the entire cast.At about age 13 she headed for New York to stay with her mother, Georgia Crawford McKinney. Choosing Nina Mae as her stage name, she managed to get a job as a chorus girl in the Broadway play "Blackbirds". Her lively performance caught the attention of MGM producer/director King Vidor, who gave her a starring role in Hallelujah (1929). It was the first all-black sound musical features, even though many theaters billed the film as "a story of murder and redemption in the Deep South." This melodrama was not widely acclaimed at the time, but movie historians now see it as an interesting introduction to black theater (one critic described it as having "a crude power").Nina was signed by MGM to a five-year contract, but in that period she made only two films, Safe in Hell (1931) and Reckless (1935) (in which she didn't even appear on screen; she dubbed Jean Harlow's songs). Hollywood could accept black character actresses like Hattie McDaniel and Butterfly McQueen having a close relationship with white characters in a film, but would not allow a beautiful black actress the same natural role. However, her first film gave her the opportunity to appear in a number of all-black cast or black-themed films, including Sanders of the River (1935) with Paul Robeson, Dark Waters (1944) and Pinky (1949) (as Rozelia), which is considered her finest film.She had much more success on stage. She played Jeanne Eagels' role in "Rain" at Harlem's famed Apollo Theatre. She proved that she could well have become one of America's enduring performers--she had the talent, the beauty, and the star power, but she realized that the doors to real success were permanently barred to her in Hollywood. She soon left the U.S. for Europe. She made film and stage appearances all over the Continent, from Paris and London to Dublin and Budapest, and became known as "The Black Garbo".When war broke out in Europe she returned to New York, where she married jazz musician Jimmy Monroe and put together a band and toured the country. In the 1950s and 1960s she lived in Athens, Greece, where she was known as the "Queen of Night Life." In the late 1960s she came back to New York but did not perform, and died in New York City in 1967, at age 54, of a heart attack. Her death went virtually unnoticed; trade papers such as Variety and black publications such as Jet and Ebony didn't even print an obituary, and one newspaper that did only called her an "entertainer" and didn't name the church where the funeral would be held.Not everyone forgot her, though; in her home town of Lancaster, South Carolina, on a wall across from the Courthouse, is a mural with portraits of famous people from Lancaster. Among them two faces stand out. One is former President Andrew Jackson. The other is Nina.
Nina Mae McKinney is a member of Actress

Nina Mae McKinney’s zodiac sign is Cancer. According to astrologers, the sign of Cancer belongs to the element of Water, just like Scorpio and Pisces. Guided by emotion and their heart, they could have a hard time blending into the world around them. Being ruled by the Moon, phases of the lunar cycle deepen their internal mysteries and create fleeting emotional patterns that are beyond their control. As children, they don't have enough coping and defensive mechanisms for the outer world, and have to be approached with care and understanding, for that is what they give in return.

Nina Mae McKinney was born in the Year of the Rat. Those born under the Chinese Zodiac sign of the Rat are quick-witted, clever, charming, sharp and funny. They have excellent taste, are a good friend and are generous and loyal to others considered part of its pack. Motivated by money, can be greedy, is ever curious, seeks knowledge and welcomes challenges. Compatible with Dragon or Monkey. 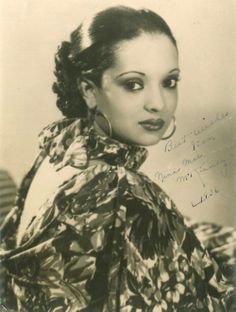 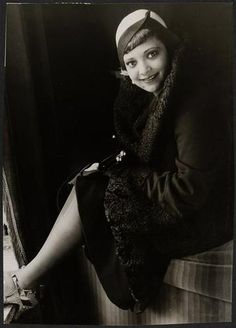 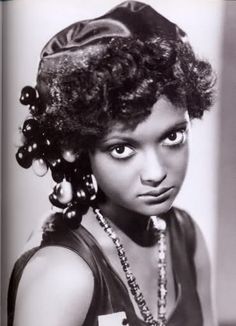 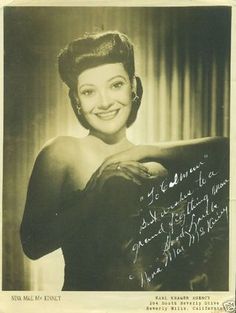 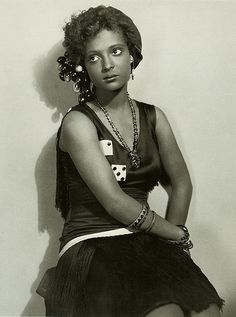 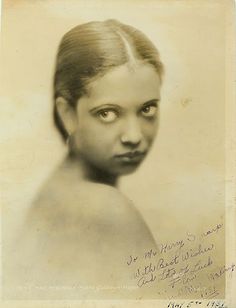 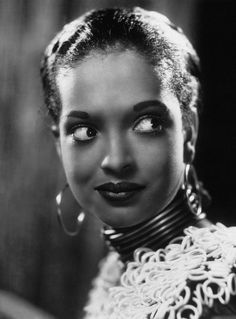 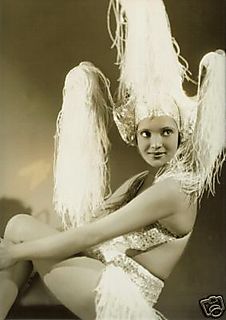 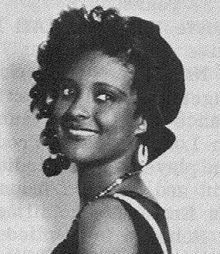 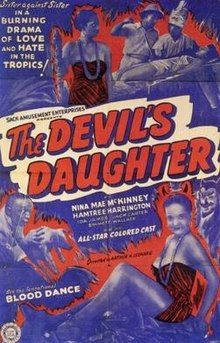 Nina Mae McKinney was born in 1912 in the small town of Lancaster, South Carolina, to Georgia and Hal McKinney. Her parents moved to New York City for work during the Great Migration of African Americans out of the rural South in the early 20th century, and left their young daughter with her Aunt Carrie. McKinney ran errands for her aunt and learned to ride a bike. She soon was performing Stunts on bikes, where her passion for acting was obvious. She acted in school plays in Lancaster and taught herself to dance.

McKinney left school at the age of 15. With hopes of establishing an acting career, she moved to New York City, where she also reunited with her parents. Her debut on Broadway was dancing in a chorus line of the hit musical Blackbirds of 1928. This show starred Bill "Bojangles" Robinson and Adelaide Hall. The musical opened at the Liberty Theater on May 9, 1928 and became one of the longest-running and most successful shows of its genre on Broadway,.

In Hallelujah (1929), McKinney was the first African-American Actress to hold a principal role in a mainstream film; it had an African-American cast. Vidor was nominated for an Oscar for his directing of Hallelujah and McKinney was praised for her role. When asked about her performance, Vidor told audiences "Nina was full of life, full of expression, and just a joy to work with. Someone like her inspires a Director."

In December 1932, McKinney moved to Paris, where she performed as a cabaret entertainer in nighttime hot spots or restaurants, including Chez Florence. In February 1933, she starred in Chocolate and Cream, a show in the Leicester Square Theatre in London. She also worked in Athens, Greece, and returned there after World War II.

After touring, she returned to London in 1934 to appear in a British film titled Kentucky Minstrels (released in the United States as Life is Real.) The film was one of the first British works to feature African-American actors. Film Weekly said of McKinney, "Nina Mae McKinney, as the star of the final Spectacular revue, is the best thing in the picture—and she, of course, has nothing to do with the 'plot'." McKinney remained in England and worked in a variety of roles. She also sang the popular song "Dinah" during Music Hall, a radio broadcast show.

Despite constraints, McKinney found more good work in London and had performances in TV productions. In 1936 she was given her own television special on BBC, which showcased her singing. In 1937, she had a role in Ebony (revue), alongside the African-American Dancer Johnny Nit. Following that performance, she appeared in Dark Laughter with the Jamaican trumpet player Leslie Thompson. McKinney was given rave reviews for her singing "Poppa Tree Top Tall" in a 1937 documentary. This is the only surviving record of her performances in British television pre-World War II. She returned to the United States after the German invasion of Poland in September 1939.

In Hollywood McKinney starred in some "race films" intended for African-American audiences. These include Gang Smashers/Gun Moll (1938) and The Devil's Daughter (1939), which was filmed in Jamaica. Her singing in the film is included in an excerpt of The Devil's Daughter Soundtrack that is part of the album Jamaica Folk Trance Possession 1939-1961.

After taking a break, she tried to make a comeback in Hollywood. She took roles in some smaller films, having to accept stereotypical roles of maids and whores. For Example, in 1944 she appeared alongside Merle Oberon, playing a servant girl in the film Dark Waters. In 1951, McKinney made her last stage appearance, playing Sadie Thompson in a summer stock production of Rain.

After World War II, McKinney returned to Europe, living in Athens, Greece until 1960 when she returned to New York.

Her performance landed McKinney a leading role in a film. Looking for a star in his upcoming movie, Hallelujah!, the Hollywood film Director King Vidor spotted McKinney in the chorus line of Blackbirds. He said, "Nina Mae McKinney was third from the right in the chorus. She was beautiful and talented and glowing with personality." And that’s what rocketed her into the world of acting and Hollywood.