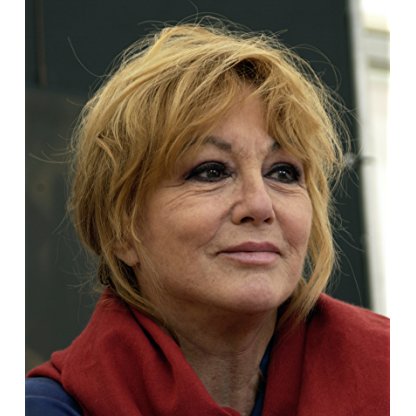 Mylène Demongeot was born on September 29, 1935 in  Nice, Alpes-Maritimes, France, France, is Actress, Producer, Soundtrack. Mylène Demongeot, one of the blond sex symbols of French cinema during the 1950s and 1960s, managed to overcome typecasting and survived a long hiatus before a stellar comeback in her 70s. She appeared in more than 70 films, including such classics as the Fantomas trilogy.She was born Marie-Helene Demongeot on September 29, 1935, in Nice, France, into a family of actors. Her parents met in Shanghai, China, and moved to Nice, where she grew up. Her mother, Klaudia Trubnikova, was a Russian-Ukrainian émigré from Kharkiv who escaped from the horrors of the Russian Civil War. Her father, Alfred Demongeot, was of French-Italian heritage. The family was bilingual and young Mylene was able to speak Russian and French, but eventually switched to French.As a young girl she was an outcast--she suffered from ruthless kids making vicious comments about her eyes (she was cross-eyed until she had surgery in her teens). She was fond of music and movies, a perfect escape from the horrors of WWII that devastated Europe during her childhood. At the age of 13 she went to Paris and continued her education. She studied piano under the tutelage of Marguerite Long and Yves Nat. She then studied dramatic art with Maria Ventura at Le Cours Simon in Paris. At 15 she became a model in the atelier of Pierre Cardin.At 17 Mylene made her film debut in the supporting role of Nicole in Les enfants de l'amour (1953) ("Children of Love"). Appearing in three or four feature films every year, she rose to international fame in the late 1950s. She was together with Gary Cooper for the opening of the first escalator to be installed in a cinema, at the Rex Theatre in Paris, on June 7, 1957. She had a memorable seduction scene opposite Yves Montand in Les sorcières de Salem (1957) ("The Crucible"). Her first notable leading role was in Sois belle et tais-toi (1958) (aka "Blonde for Danger"), in which she played a 17-year-old jewel smuggler.Mylene further developed her screen image of a manipulative blond mistress in her brilliant performance opposite David Niven in Bonjour tristesse (1958), and became permanently locked in the cliché image of a humorous seductress after co-starring with Alain Delon in the 1959 comedy Faibles femmes (1959). Her chance to update her film image came in "period" films. She played manipulative and coquettish Andromeda opposite Steve Reeves in La battaglia di Maratona (1959) ("The Giant of Marathon") and the leading role of Rea opposite Roger Moore in Il ratto delle sabine (1961) ("Romulus and the Sabines"). Among her best known roles are the manipulative Milady de Winter in Les trois mousquetaires: Première époque - Les ferrets de la reine (1961) and Helen in all three of the "Fantomas" films.Mylene Demongeot became one of the blond sex symbols in 1950s, 1960s and 1970s French cinema. She co-starred with the major French actors of the time, including Jean Marais and Louis de Funès, in the Fantomas (1964) trilogy. Although she gradually phased out of the stereotypical image of a beautiful French coquette, she still looked pretty convincing as a middle-aged Madame, which she developed in the 1980s and 1990s. At that time her acting career came to a pause, as she had been aging gracefully in the South of France. She was also a producer during that time, and was the co-owner of Kangarou Films, a production company that she founded with her late husband Marc Simenon. After a lengthy hiatus she made a comeback in 36 Quai des Orfèvres (2004). She has also appeared in Camping (2006) and La Californie (2006) by director/writer Jacques Fieschi, based on a short story by Georges Simenon.In addition to her film work, Mylene has also written several books, the best-known of which would be "Tiroirs Secrets" and "Animalement vôtre". In the 2000s she made a pilgrimage to the birthplace of her mother in Kharkov, Ukraine. There she planted a commemorative tree and presented her autobiographical book, "Les Lilas de Kharkov" (The Lilacs of Kharkiv). In 2006 she was named Commander in the Order of Arts and Letters for her achievements in acting. She resides in her French hometown of Nice.
Mylène Demongeot is a member of Actress

Does Mylène Demongeot Dead or Alive?

As per our current Database, Mylène Demongeot is still alive (as per Wikipedia, Last update: May 10, 2020).

Mylène Demongeot’s zodiac sign is Libra. According to astrologers, People born under the sign of Libra are peaceful, fair, and they hate being alone. Partnership is very important for them, as their mirror and someone giving them the ability to be the mirror themselves. These individuals are fascinated by balance and symmetry, they are in a constant chase for justice and equality, realizing through life that the only thing that should be truly important to themselves in their own inner core of personality. This is someone ready to do nearly anything to avoid conflict, keeping the peace whenever possible

Mylène Demongeot was born in the Year of the Pig. Those born under the Chinese Zodiac sign of the Pig are extremely nice, good-mannered and tasteful. They’re perfectionists who enjoy finer things but are not perceived as snobs. They enjoy helping others and are good companions until someone close crosses them, then look out! They’re intelligent, always seeking more knowledge, and exclusive. Compatible with Rabbit or Goat. 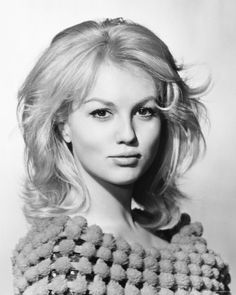 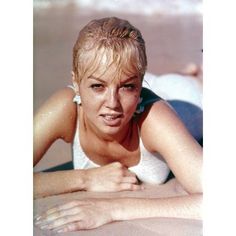 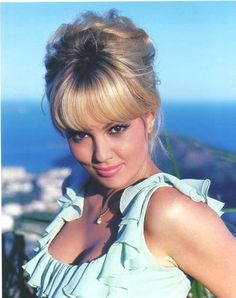 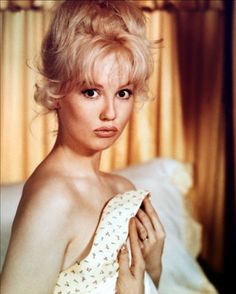 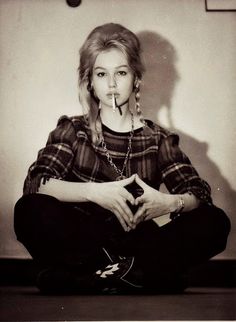 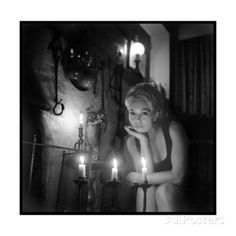 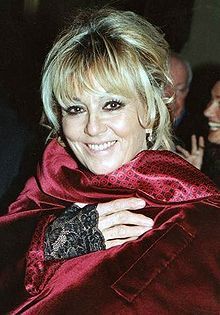 Mylène Demongeot is the daughter of Alfred Jean Demongeot, born on January 30, 1897 in Nice (son of Marie Joseph Marcel Demongeot, career soldier, and Clotilde Faussonne di Clavesana, Italian comtesse) and Claudia Troubnikova, born May 17, 1904 In Kharkiv (Ukraine). She has a half-brother, Leonid Ivantoff, born in Kharbin (China) on December 17, 1925, from a first marriage of her mother.

Demongeot gained fame and adulation for her portrayal of Abigail Williams in the Franco-East German production The Crucible (1957), for which she was nominated for BAFTA Awards for Most Promising Newcomer to Film. The blonde Actress has performed in adventures like Vengeance of the Three Musketeers (1961) as Milady de Winter and in comedies like Fantômas (1964) directed by André Hunebelle.

In the US, she co-starred with David Niven in Otto Preminger's Bonjour Tristesse (1958). She was also nominated for César Awards for Best Supporting Actress in 36 Quai des Orfèvres (2004) and La Californie (2006).

Demongeot was born in Nice, Southern France. She was married to Director Marc Simenon from 1968 until his death in 1999.

Between September 2013 and June 2014, she was a columnist member of the radio show Les Grosses Têtes by Philippe Bouvard on RTL.