Mikey Whipwreck was born on June 4, 1973 in Long Island, NY. Former professional wrestler who was known by his Mikey Whipwreck ring name. He gained renown for his time in the Extreme Championship Wrestling (ECW) promotion beginning in 1993, and concluding in 2001.
Mikey Whipwreck is a member of Wrestler

Does Mikey Whipwreck Dead or Alive?

As per our current Database, Mikey Whipwreck is still alive (as per Wikipedia, Last update: May 10, 2020).

Mikey Whipwreck’s zodiac sign is Gemini. According to astrologers, Gemini is expressive and quick-witted, it represents two different personalities in one and you will never be sure which one you will face. They are sociable, communicative and ready for fun, with a tendency to suddenly get serious, thoughtful and restless. They are fascinated with the world itself, extremely curious, with a constant feeling that there is not enough time to experience everything they want to see.

Mikey Whipwreck was born in the Year of the Ox. Another of the powerful Chinese Zodiac signs, the Ox is steadfast, solid, a goal-oriented leader, detail-oriented, hard-working, stubborn, serious and introverted but can feel lonely and insecure. Takes comfort in friends and family and is a reliable, protective and strong companion. Compatible with Snake or Rooster. 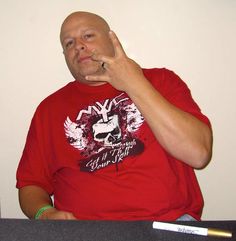 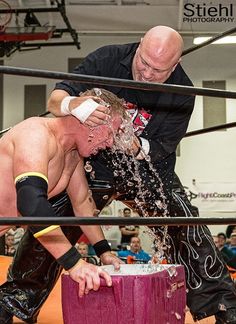 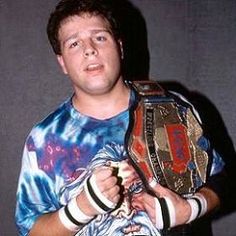 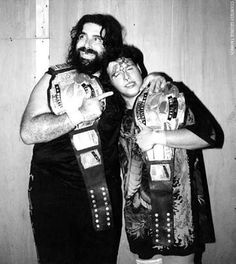 Former professional Wrestler who was known by his Mikey Whipwreck ring name. He gained renown for his time in the Extreme Championship Wrestling (ECW) promotion beginning in 1993, and concluding in 2001.

He first served as a member of the ECW ring crew, where he began having fun with various maneuvers in the ring both before and after events. Promoter Paul Heyman witnessed a few of his aerial maneuvers, and suggested he pursue professional wrestling.

In October 1995, he defeated The Sandman to become the youngest ECW Heavyweight Champion in their history to that point. Eventually, he became the third ECW Triple Crown champion in the company's history.

He was born as John Watson and raised in Long Island, New York.

He received training from fellow ECW Wrestlers Tommy Dreamer, Mick Foley, and Tazz, amongst others.