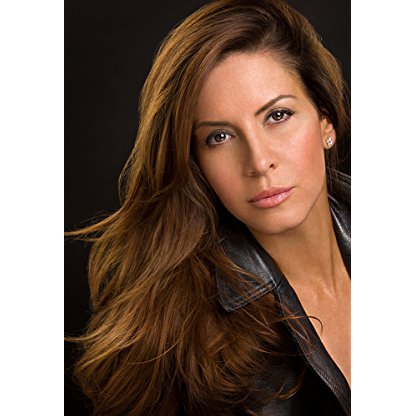 Michelle Clunie was born on November 07, 1969 in  Portland, Oregon, United States, is Actress, Miscellaneous Crew. Michelle Clunie spent much of her childhood performing in plays, operas and recitals as an actress, dancer and violinist. She was awarded a scholarship to The Academy of Professional Ballet where she studied and apprenticed throughout her teenage years. At 19 years old she sold her violin for $200 to move to Los Angeles in pursuit of her acting career.Clunie is perhaps best known for her role as Melanie Marcus, a smart, determined and activist-minded lesbian attorney in the first-of-its-kind, critically acclaimed series, Queer as Folk. She also played Ellen Beals on ABC Family's Make it or Break It, and guest stars on MTV's Teen Wolf as Mrs. Finch.In 1995 Clunie was cast in the Academy Award winning The Usual Suspects and shortly thereafter played a supporting role in Lost & Found starring David Spade and Martin Sheen. She became a series regular on The Jeff Foxworthy Show and guest starred on ER, The Tony Danza Show, NCIS, among several others.At 23 years old her Los Angeles stage debut earned her a Dramalogue Award for Best Actress in Dean Orion's Confessions of a Raging Male Heterosexual performed at the Skylight Theatre.Additional stage highlights include her portrayal of Abby in Neil LaBute's West Coast premiere of The Mercy Seat at the Ford Theatre, for which she won the Backstage Readers Best Performance Award, and the world premiere and Off-Broadway production of US, written and performed by Clunie at New York City's Lion Theatre at Theatre Row. US is a 21st century love story set against the backdrop of the 2008 Presidential election and examines the power struggles in both politics and the bedroom. It dissects how people meet, communicate, copulate and fall in love in the age of constant media and technology.Clunie has always been one to speak out for things she passionately believes in. During her five seasons on Queer as Folk she became a vocal advocate for Human Rights, and for the last 15 years has dedicated much of her time to fighting for Full Equality. She hosted the first fund-raiser for the 2009 National Equality March on Washington and was honored to speak from the stage to the 200,000 attendees. She has organized Get Out the Vote campaigns for key Democrats on both a national and local level, and in 2015 became a global ambassador for Pride Nation's "Global March to Equality." Clunie is creating a space for writers, directors and actors to develop and workshop original works.In January 2015 Clunie gave birth to Dashiell Julius William Clunie-Singer, with film director, producer and screenwriter Bryan Singer.She splits her time between Los Angeles and New York City and lives with her French Bulldog, Jimi, and her son, Dashiell.
Michelle Clunie is a member of Actress

Does Michelle Clunie Dead or Alive?

As per our current Database, Michelle Clunie is still alive (as per Wikipedia, Last update: May 10, 2020).

Michelle Clunie’s zodiac sign is Sagittarius. According to astrologers, Sagittarius is curious and energetic, it is one of the biggest travelers among all zodiac signs. Their open mind and philosophical view motivates them to wander around the world in search of the meaning of life. Sagittarius is extrovert, optimistic and enthusiastic, and likes changes. Sagittarius-born are able to transform their thoughts into concrete actions and they will do anything to achieve their goals.

Michelle Clunie was born in the Year of the Rooster. Those born under the Chinese Zodiac sign of the Rooster are practical, resourceful, observant, analytical, straightforward, trusting, honest, perfectionists, neat and conservative. Compatible with Ox or Snake.

In 1995, she was cast in the Academy Award-winning The Usual Suspects and shortly thereafter played a supporting role in Lost & Found. She became a series regular on The Jeff Foxworthy Show and guest starred on ER, The Tony Danza Show, House M.D., Without a Trace, NCIS, among several others.

In January 2015 at the age of 45, Clunie gave birth to Dashiell Julius william Clunie-Singer. The child's father is Bryan Singer, her close friend.

She played Melanie Marcus in the US adaption of Queer as Folk and the biology Teacher, Mrs. Finch, on MTV’s Teen Wolf.