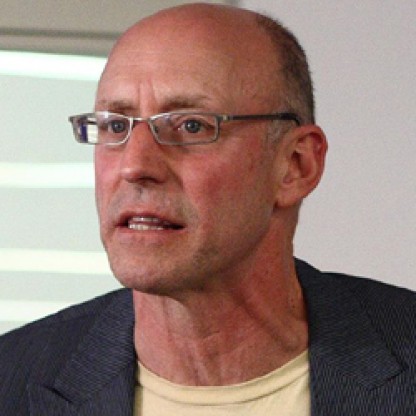 Michael Pollan was born on February 06, 1955 in Long Island, United States, is Author, Journalist, Activist. Michael Pollan is an American author, journalist, activist, and professor of journalism. He is the son of author and financial consultant Stephen Pollan and columnist Corky Pollan. He has written a number of books, essays and articles on food. His first book “Second Nature: A Gardener’s Education” is considered a manifesto for both gardeners and environmentalists. His book “The Omnivore’s Dilemma” was named by The New York Times as one of the five best non-fiction books of the year in which it was published. His “Food Rules: An Eater’s Manual” emphasizes the need for a healthy and sustainable diet. The James Beard Foundation named it winner for the best food writing. His principle is “Eat food. Not too much. Mostly plants”. His other books are “A Place of My Own”, “In Defense of Food”, and the latest “In Cooked: A Natural History of Transformation”. The documentary, “Food, Inc.”, for which he was a consultant and co-star, received an Academy Award nomination. He also appeared in the PBS program based on “The Botany of Desire”. He is a Professor of Journalism at UC Berkeley’s Graduate School of Journalism, and is a contributing writer to The New York Times Magazine. His writings have received numerous awards.
Michael Pollan is a member of Writers

Does Michael Pollan Dead or Alive?

As per our current Database, Michael Pollan is still alive (as per Wikipedia, Last update: May 10, 2020).

Michael Pollan’s zodiac sign is Pisces. According to astrologers, Pisces are very friendly, so they often find themselves in a company of very different people. Pisces are selfless, they are always willing to help others, without hoping to get anything back. Pisces is a Water sign and as such this zodiac sign is characterized by empathy and expressed emotional capacity.

Michael Pollan was born in the Year of the Goat. Those born under the Chinese Zodiac sign of the Goat enjoy being alone in their thoughts. They’re creative, thinkers, wanderers, unorganized, high-strung and insecure, and can be anxiety-ridden. They need lots of love, support and reassurance. Appearance is important too. Compatible with Pig or Rabbit.

Pollan was born to a Jewish family on Long Island, New York. He is the son of author and financial consultant Stephen Pollan and columnist Corky Pollan. Pollan received a B.A. in English from Bennington College in 1977 and an M.A. in English from Columbia University in 1981.

In The Omnivore's Dilemma, Pollan describes four basic ways that human societies have obtained food: the current industrial system, the big organic operation, the local self-sufficient farm, and the hunter-gatherer. Pollan follows each of these processes—from a group of plants photosynthesizing calories through a series of intermediate stages, ultimately into a meal. Along the way, he suggests that there is a fundamental tension between the logic of nature and the logic of human industry, that the way we eat represents our most profound engagement with The Natural world, and that industrial eating obscures crucially important ecological relationships and connections. On December 10, 2006, The New York Times named The Omnivore's Dilemma one of the five best nonfiction books of the year. On May 8, 2007, the James Beard Foundation named The Omnivore's Dilemma its 2007 winner for the best food writing. It was the book of focus for the University of Pennsylvania's Reading Project in 2007, and the book of choice for Washington State University's Common Reading Program in 2009–10.

Pollan's discussion of the industrial food chain is in large part a critique of modern agribusiness. According to the book, agribusiness has lost touch with The Natural cycles of farming, wherein livestock and crops intertwine in mutually beneficial circles. Pollan's critique of modern agribusiness focuses on what he describes as the overuse of corn for purposes ranging from fattening cattle to massive production of corn oil, high-fructose corn syrup, and other corn derivatives. He describes what he sees as the inefficiencies and other drawbacks of factory farming and gives his assessment of organic food production and what it's like to hunt and gather food. He blames those who set the rules (e.g., politicians in Washington, D.C., bureaucrats at the United States Department of Agriculture, Wall Street capitalists, and agricultural conglomerates like Archer Daniels Midland) of what he calls a destructive and precarious agricultural system that has wrought havoc upon the diet, nutrition, and well-being of Americans. Pollan finds hope in Joel Salatin's Polyface Farm in Virginia, which he sees as a model of sustainability in commercial farming. Pollan appears in the documentary film King Corn (2007).

Pollan is a contributing Writer for the New York Times Magazine, a former executive Editor for Harper's Magazine, and an author of five books: In Defense of Food: An Eater's Manifesto (2008), The Omnivore's Dilemma: A Natural History of Four Meals (2006), The Botany of Desire: A Plant's-Eye View of the World (2001), A Place of My Own (1997), and Second Nature: A Gardener's Education (1991). In 2016, Netflix released a four-part documentary series, which was based on Pollan's book, Cooked (2013), and was directed by Alex Gibney. In 2015, a documentary version of Pollan's book In Defense of Food premiered on PBS. Pollan also co-starred in the documentary, Food, Inc. (2008), for which he was also a consultant. In 2010 Pollan was interviewed for the film Queen of the Sun: What are the bees telling us?, a feature-length documentary about honey bees and colony collapse disorder. He was also interviewed for Vanishing of the Bees, a documentary also about colony collapse, directed by Maryam Henein and George Langworthy.

In 2009, Food Rules: An Eater's Manual was published. This short work is a condensed version of his previous efforts, intended to provide a simple framework for a healthy and sustainable diet. It is divided into three sections, further explicating Pollan's principles of "Eat food. Not too much. Mostly plants." It includes his rules (i.e., "let others sample your food" and "the whiter the bread, the sooner you'll be dead").

Pollan's work has also been discussed and criticized by Jonathan Safran Foer in his non-fiction book Eating Animals. Foer criticizes Pollan's argument regarding table-fellowship. According to Foer, Pollan claims that a vegetarian dinner guest causes socially reprimandable inconvenience for the host. Foer responds that in the year 2010 it is easier for hosts to accommodate vegetarians than locavores as hosts will need to do extensive research to find (expensive) non factory-farmed meat.

In Cooked: A Natural History of Transformation, published in 2013, Pollan explores the methods by which cooks mediate "between nature and culture." The book is organized into four sections corresponding to the classical elements of Fire (cooking with heat), Water (braising and boiling with pots), Air (breadmaking), and Earth (fermenting).

In 2014, Pollan co-hosted a discussion and informal debate on the topic of genetic modification at UC Berkeley featuring prominent plant Geneticist Pamela Ronald, professor at UC Davis, whose research-based position "strongly disagrees with Pollan’s view that G.M.O. crops, broadly, are failing." A New Yorker reporter observed that Pollan's largely anti-GMO student base at the discussion itself constituted, "a kind of monoculture," yet that Pollan sought "to introduce an invasive species" by engaging Ronald. The event, while predictably contentious, reportedly produced a rare instance of courteous, productive exchange between the two main sharply-opposed viewpoints on genetically-modified crops.

In 2015, Pollan received the Washburn Award from the Boston Museum of Science, awarded annually to "an individual who has made an outstanding contribution toward public understanding and appreciation of science and the vital role it plays in our lives" and was named as a fellow at Harvard University's Radcliffe Institute for Advanced Study. He has also won the James Beard Leadership award, the Reuters World Conservation Union Global Awards in environmental journalism, the James Beard Foundation Awards for best magazine series in 2003, and the Genesis Award from the Humane Society of the United States. His articles have been anthologized in Best American Science Writing (2004), Best American Essays (1990 and 2003), The Animals: Practicing Complexity (2006), and the Norton Book of Nature Writing (1990). 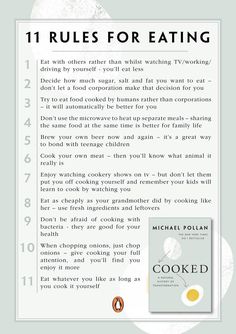 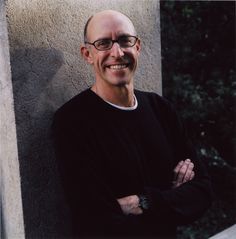 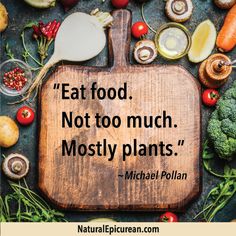 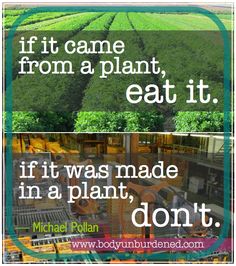 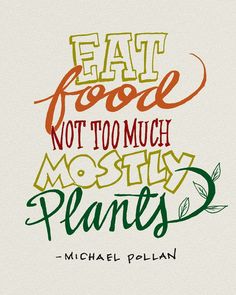 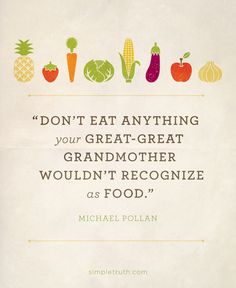 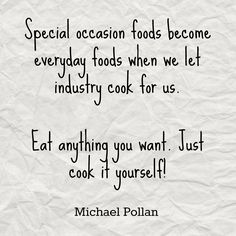 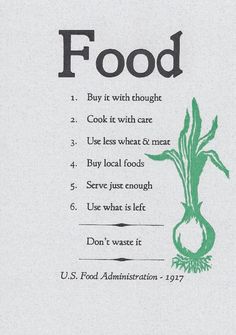 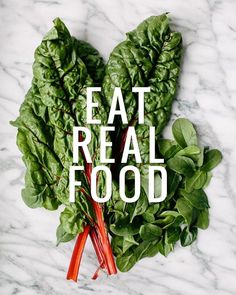 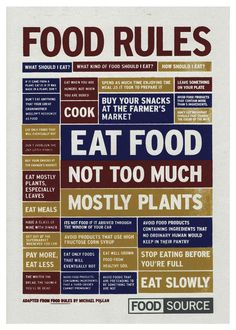