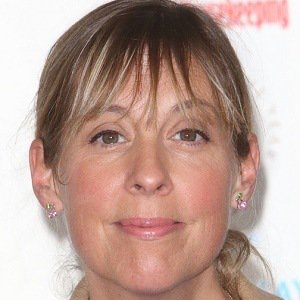 Mel Giedroyc was born on June 5, 1968 in Surrey, England. Actress and one half of the comedy due Mel & Sue who hosted comedy shows such as Light Lunch and The Great British Bake Off. She is also an author and has published two books.
Mel Giedroyc is a member of TV Actress

Does Mel Giedroyc Dead or Alive?

As per our current Database, Mel Giedroyc is still alive (as per Wikipedia, Last update: May 10, 2020).

Currently, Mel Giedroyc is 52 years, 9 months and 0 days old. Mel Giedroyc will celebrate 53rd birthday on a Saturday 5th of June 2021. Below we countdown to Mel Giedroyc upcoming birthday.

Mel Giedroyc’s zodiac sign is Gemini. According to astrologers, Gemini is expressive and quick-witted, it represents two different personalities in one and you will never be sure which one you will face. They are sociable, communicative and ready for fun, with a tendency to suddenly get serious, thoughtful and restless. They are fascinated with the world itself, extremely curious, with a constant feeling that there is not enough time to experience everything they want to see.

Mel Giedroyc was born in the Year of the Monkey. Those born under the Chinese Zodiac sign of the Monkey thrive on having fun. They’re energetic, upbeat, and good at listening but lack self-control. They like being active and stimulated and enjoy pleasing self before pleasing others. They’re heart-breakers, not good at long-term relationships, morals are weak. Compatible with Rat or Dragon. 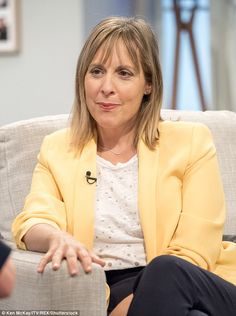 Actress and one half of the comedy due Mel & Sue who hosted comedy shows such as Light Lunch and The Great British Bake Off. She is also an author and has published two books.

She attended Cambridge, where she met comedy partner Sue Perkins and was part of Footlights comedy club.

She wrote the books From Here to Maternity, about her first pregnancy, and Going Ga-Ga.

She married Ben Morris and had two children. Her sister is Director Coky Giedroyc, who directed Women Talking Dirty and Stella Does Tricks.

She appeared with James Bachman on Sorry, I've Got No Head, a British children's Sketch comedy show.