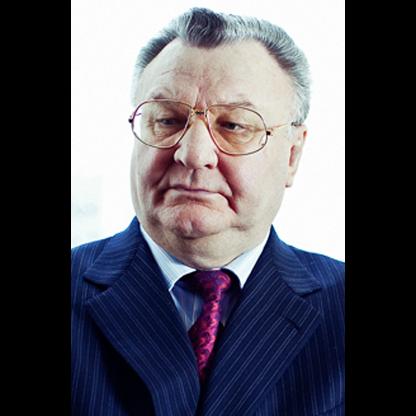 Megdet Rahimkulov was born on October 16, 1945 in Moscow, Russia, Russia. Megdet Rahimkulov has been a fastidious investor who until recently ran his own diversified investment portfolio. Now his assets are managed by his company in Cyprus. In the mid-1990s he became chief executive and 10% owner of a joint venture between gas giant Gazprom and Hungary's oil and gas concern MOL. He also headed AEB, a Hungarian bank that Gazprom bought to process payments from its local customers, and later bought it from Gazprom. In 2007 he sold the bank and used the proceeds to buy shares in MOL and OTP, Hungary's largest bank. He also owns shares in Gazprom and VTB.
Megdet Rahimkulov is a member of Investments

As per our current Database, Megdet Rahimkulov is still alive (as per Wikipedia, Last update: May 10, 2020).

Megdet Rahimkulov’s zodiac sign is Scorpio. According to astrologers, Scorpio-born are passionate and assertive people. They are determined and decisive, and will research until they find out the truth. Scorpio is a great leader, always aware of the situation and also features prominently in resourcefulness. Scorpio is a Water sign and lives to experience and express emotions. Although emotions are very important for Scorpio, they manifest them differently than other water signs. In any case, you can be sure that the Scorpio will keep your secrets, whatever they may be.

Megdet Rahimkulov was born in the Year of the Rooster. Those born under the Chinese Zodiac sign of the Rooster are practical, resourceful, observant, analytical, straightforward, trusting, honest, perfectionists, neat and conservative. Compatible with Ox or Snake.

In 1971, Rahimkulov, still a student, took a job at the USSR Ministry of the Gas Industry.

Rahimkulov received his first higher education at the All-Union Correspondence Financial and Economic Institute. He graduated in 1973. In 1978, Rahimkulov earned a second diploma from the State University of Management in Moscow.

After graduating from State University of Management, Rahimkulov became deputy head of Soyuzgazavtomatiki, a Mingazprom enterprise. From 1989 to 1992, he was the general Director of Gazexport. In 1992, Rahimkulov was appointed General Director of OOO Interpromkom (InterProm), a company that supplied IT equipment to Gazprom.

Rahimkulov became a Chief Executive and 10% owner of a Gazprom and MOL joint venture in the mid 1990s. MOL is a Hungarian multinational oil and gas company. When Gazprom acquired AEB, a Hungarian bank, Rahimkulov maintained a 6% direct holding in the bank until 2011. Rahimkulov and his sons, Ruslan and Timur, sold their entire share of MOL to VCP Capital Partners Unternehmensberatung AG in September of 2011.

Rahimkulov bought shares in OTP, a leading Hungarian bank, with the proceeds from the MOL sale. As of September 2017, he and his sons own 24,186,511 shares in OTP, giving them 8.64% ownership of the company.