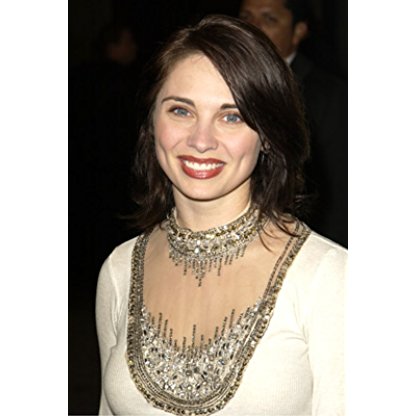 Does Megan Gray Dead or Alive?

As per our current Database, Megan Gray is still alive (as per Wikipedia, Last update: May 10, 2020).

Currently, Megan Gray is 29 years, 1 months and 12 days old. Megan Gray will celebrate 30rd birthday on a Friday 22nd of December 2023. Below we countdown to Megan Gray upcoming birthday.

Megan Gray was born in the Year of the Rooster. Those born under the Chinese Zodiac sign of the Rooster are practical, resourceful, observant, analytical, straightforward, trusting, honest, perfectionists, neat and conservative. Compatible with Ox or Snake. 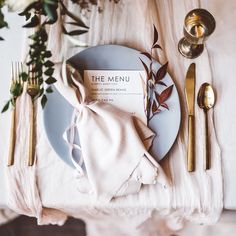 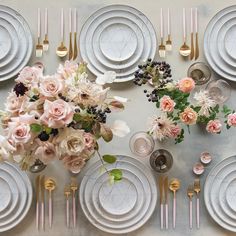 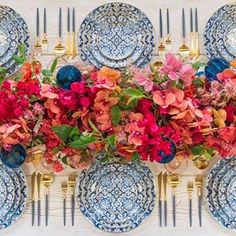 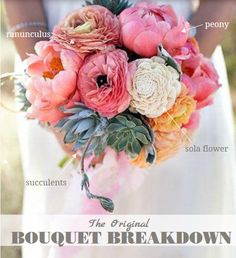 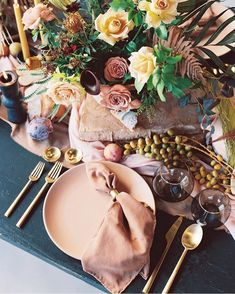 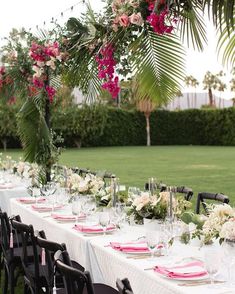 During her career, Trainor has won three ASCAP Pop Music Awards, two Billboard Music Awards, a People's Choice Award, and received one Grammy Award. She was named the "Breakthrough Artist of the Year" by the Music Business Association in 2014. Among her achievements, Trainor became the 21st woman to land her debut single at the top of the Billboard Hot 100, and the fifth female artist to follow up her chart-topping debut single with another top 5 release. On the Billboard Year-End charts for 2015, Trainor was listed seventh on Top Artists and second on Top Female Artists.

Trainor is identified as a singer-songwriter. Her sound is predominantly characterized as "Neo-Retro", a "mix-mash" of R&B, pop, doo-wop and blue-eyed soul. Trainor's debut EP Title comprises throwback style sound, and 1950s doo wop-inspired songs that straddle the line between modern R&B and melodic pop. Her work is reminiscent of the famous Brill building composers, such as Goffin-King, Greenwich-Barry, etc.; comparisons also to that of American singer-songwriters Neil Sedaka, Jenny Lewis, Neko Case, and to 1960s Singers such as Connie Francis, Brenda Lee, Betty Everett, Lesley Gore, and Eydie Gormé. Trainor plays a variety of musical instruments: bass, guitar, ukulele, keyboard, trumpet, percussion, and piano. She feels that a song's melody is more important than its lyrics. She composes in a variety of genres, including country, hip hop, reggae and soca, but prefers doo-wop and reggae.

Trainor's vocals have been described as "soulful" and "highly resonant", and "a reedy cross" between Katy Perry and Taylor Swift. Chris DeVille of Stereogum opined that she is "a very capable singer", and added that Trainor "project[s] lots of character and emotion within a relatively limited range". When singing, Trainor uses a Southern American English patois. The harmonies in her music have been likened to those of 1960s girl groups. Trainor's lyrics are recognized to contemplate 21st-century womanhood. She has said that she aims to "break the chains" of the "absurd standards of thinness" promoted by the beauty industry with her lyrics.

Meghan Elizabeth Trainor was born on December 22, 1993 in Nantucket, Massachusetts, the daughter of Kelly Anne "Kelli" (Jekanowski) and Gary Trainor, both jewelers. Trainor has an elder brother named Ryan, and a younger brother named Justin. Trainor began singing at age six, initially singing with her father at church. She began writing music at age 11, starting with her own arrangement of the song "Heart and Soul" (1938). Trainor attributes her early career progress to being born into a musical family. Trainor's father was a music Teacher and musician, and plays organ in a Methodist church. Her great-uncle Bob LaPalm was in a prior band with Al Anderson of the rock band NRBQ, and Trainor's aunt and Trinidadian uncle, Lisa and Burton Toney, are soca music performers and songwriters.

Between the ages of 15 and 17, Trainor independently released three albums of material she wrote, recorded and performed herself. Her eponymous debut album, Meghan Trainor, was released on December 25, 2009, receiving airplay from local radio station WCIB. Trainor enrolled in the Summer Performance Program at the Berklee College of Music during the summers of 2009 and 2010, reaching the finals of the program's songwriting competition. Trainor released "Take Care of Our Soldiers" on April 16, 2010, a charity single in support of American troops abroad. In 2011, Trainor released two acoustic albums, I'll Sing with You and Only 17. During this time, she received the accolade for Best Female Artist at the 2009 International Acoustic Music Awards, and the Grand Prize at the 2010 New Orleans Songwriter's Festival, the 2011 Tennessee Concerts Song Contest and John Lennon Love Song Songwriting Contest.

Trainor was interested in music from a young age, and wrote, recorded, performed, and produced three independently-released albums between ages 15 and 17. In 2011, she signed a publishing deal with Big Yellow Dog Music, and pursued a career in songwriting. After signing a record deal with Epic Records in 2014, Trainor rose to fame with the release of her major-label debut studio album, Title (2015). The album debuted at number one on the US Billboard 200, went on to sell over one million copies domestically, and produced three top 10 singles: "All About That Bass", "Lips Are Movin" and "Like I'm Gonna Lose You".

At a music conference in Colorado, Trainor was introduced to former NRBQ member, Al Anderson. Impressed by Trainor's songwriting ability, Anderson referred Trainor to his publisher, Carla Wallace at Big Yellow Dog Music, urging Wallace to sign Trainor. At this time, Trainor was offered a full scholarship to the Berklee College of Music; however, Trainor decided to forego college to pursue a career in songwriting instead. Wallace offered Trainor a publishing deal with Nashville-based Big Yellow Dog Music, which Trainor signed at age 17. She began her career as a songwriter-for-hire in part due to her ability to write in a number of genre styles. She gravitated to song publishing, unsure of herself as a recording Artist. "She thought she was one of the chubby girls who would never be an artist", her father recalls. Trainor graduated from Nauset Regional High School in 2012. Her second single, "Who I Wanna Be", was released on April 24, 2012.

Throughout 2013, Trainor traveled to Nashville, New York City and Los Angeles, where she would write and help produce country and pop music. She would also sing lead and background vocals for demos of other artists, with her vocals occasionally making the final cut. She later earned her first songwriting royalties by penning for artists from Italy and Denmark. In June 2013, Trainor met Producer Kevin Kadish in Nashville through a referral from Wallace and a mutual friend. Kadish and Trainor shared a love for retro style music and began recording together that month. Trainor later became frustrated with commuting to Los Angeles for songwriting sessions. Her parents did not want her to relocate, describing a move there as expensive. In November 2013, Trainor decided to relocate to Nashville instead. There, she wrote songs for a number of acts, including Hunter Hayes, Rascal Flatts, R5, and Sabrina Carpenter.

During her career, Trainor has won three ASCAP Pop Music Awards, two Billboard Music Awards, a People's Choice Award, and received one Grammy Award. She was named the "Breakthrough Artist of the Year" by the Music Business Association in 2014. Among her achievements, Trainor became the 21st woman to land her debut single at the top of the Billboard Hot 100, and the fifth female Artist to follow up her chart-topping debut single with another top 5 release. On the Billboard Year-End charts for 2015, Trainor was listed seventh on Top Artists and second on Top Female Artists.

Sony Music Entertainment requested that Trainor's current publisher, Big Yellow Dog Music, pull Trainor's three self-released albums from circulation in the build-up to her major label debut, Title. As a result, Title is recognized as Trainor's debut studio album. It acts as a full-length replacement of her EP of the same name, and was released on January 9, 2015. The album debuted atop the U.S. Billboard 200, making her the 13th female Artist with a debut number 1 song and album. On March 3, Trainor released the third single from the album called "Dear Future Husband", which eventually peaked within the Hot 100 top 20. Trainor featured in Charlie Puth's first single "Marvin Gaye" which released also in March 2015. Her next single, "Like I'm Gonna Lose You" featuring John Legend, became her second number-one on the Australian Singles Chart and third top 10 on the Billboard Hot 100. Trainor's first headlining concert tour, That Bass Tour, began on February 11, 2015, with Australian band Sheppard as the opening act. The album was to be further promoted through the MTrain Tour, with Charlie Puth and Life of Dillon as opening acts. It was set to begin on Friday, July 3, 2015. However, around that time or shortly afterward, in July 2015 (the online article did not specify a specific time) she was diagnosed with a vocal cord hemorrhage- a potentially serious but somewhat Common event among Singers, and was ordered by her medical team to undergo complete vocal rest, which has meant the cancellation or long delay of at least the first two dates in the MTrain Tour: a Friday performance of July 3, 2015 at the Borgata in Atlantic City, New Jersey, and the following Saturday night, the Fourth of July (Independence Day), at the Mohegan Sun, in Uncasville, Connecticut. On August 11, 2015, Trainor announced via social media that she was canceling the remainder of her North American tour due to further vocal cord hemorrhaging and would seek surgery "to finally fix this once and for all." On July 28, 2015, it was announced that Trainor was writing a song for The Peanuts Movie Soundtrack, entitled "Better When I'm Dancin'", which would be sung by her. "Better When I'm Dancin'", released with an accompanying music video, is also featured on Just Dance 2016's new subscription platform, Just Dance Unlimited. In August 2015, Trainor co-wrote Rascal Flatts' single "I Like the Sound of That". On October 30, 2015, Trainor appeared on Undateable as the musical guest. She also made a cameo appearance as a customer named Meghan. In late 2015, American singer Who Is Fancy released the single "Boys Like You", featuring Trainor and Ariana Grande. Title was the ninth best-selling album of 2015 worldwide, with 1.8 million copies sold according to IFPI.

Trainor revealed to E! Online on January 7, 2016, that she was almost finished working on her album Thank You. Trainor told MTV that the album was influenced by Elvis Presley, Aretha Franklin, and Bruno Mars, and features a collaboration between her and R. City. The album's first single, titled "No", was produced by Ricky Reed and released on March 4, 2016, not long after Trainor won the Grammy Award for Best New Artist. The lead single peaked at number 3 on the US Billboard Hot 100. Shortly after "No" was released, Trainor released four promotional singles, "Watch Me Do", "I Love Me", "Better" (featuring Yo Gotti), and "Mom" which features her mother Kelli Trainor. The second single from the album, titled "Me Too", was released on May 5, 2016. The accompanying video was released on May 9, 2016, but was later removed that day due to unapproved digital manipulation of Trainor's body. It was corrected to the unedited version and re-released the next day. Thank You was released exclusively on Apple Music on May 6, 2016, and saw a standard commercial release on May 13, 2016. In July 2016, Trainor embarked on The Untouchable Tour, in support of the album, with Hailee Steinfeld and Common Kings as opening acts. On February 24, 2017, she released the single "I'm a Lady" for the film Smurfs: The Lost Village. In December 2017, she was revealed to be one of the judges on Fox's new television show The Four.

In July 2016, Trainor began dating actor Daryl Sabara. They became engaged on December 22, 2017, Trainor's 24th birthday. In March 2018, the singer opened up about her battle with depression and anxiety. She said "I thought, My God, is it going to be over for me forever? I fell into a crazy, deep hole of depression and anxiety."

In an interview with Entertainment Tonight, Trainor stated that her third studio album had been completed, and added that "it's really special, my entire family sings on every song and Daryl sings on every song. My father plays the piano and organs on one song." She then revealed on her Instagram on February 24, 2018 that the lead single off the album is called "No Excuses", and teased that the song and its music video will be released on March 1, 2018.