Maya Soetoro-Ng was born on August 15, 1970 in Jakarta, Indonesia, United States, is Barack Obama's Sister. Best known as the maternal half-sister of the former US President Barack Obama, Maya Kasandra Soetoro-Ng has come into the spotlight since she took part in the US Presidential campaign in 2007. Maya is a researcher and educator. She has worked in a number of established centers and colleges and has proved herself as an academic. In addition to that, she is also a writer and written a children’s book titled ‘Ladder to the Moon’. She is currently working to publish more of her work soon. Maya is known for her quick wit and humor, a trait she shares with her brother Barack Obama. The mother of two describes herself as philosophically Buddhist and actively participates in charity. She has also spoken against racial discrimination and the need for introducing cultural diversity to students at an early age. She is fond of her Indonesian heritage and also of her husband’s Chinese roots. She is a favorite of her nieces Malia and Sasha. Since she has had a multicultural education, she supports cultural diversity and is a promoter for peace. She also works for Ceeds of Peace, a nonprofit peace building organization.
Maya Soetoro-Ng is a member of Miscellaneous

Does Maya Soetoro-Ng Dead or Alive?

As per our current Database, Maya Soetoro-Ng is still alive (as per Wikipedia, Last update: May 10, 2020).

Maya Soetoro-Ng’s zodiac sign is Virgo. According to astrologers, Virgos are always paying attention to the smallest details and their deep sense of humanity makes them one of the most careful signs of the zodiac. Their methodical approach to life ensures that nothing is left to chance, and although they are often tender, their heart might be closed for the outer world. This is a sign often misunderstood, not because they lack the ability to express, but because they won’t accept their feelings as valid, true, or even relevant when opposed to reason. The symbolism behind the name speaks well of their nature, born with a feeling they are experiencing everything for the first time.

Maya Soetoro-Ng was born in the Year of the Dog. Those born under the Chinese Zodiac sign of the Dog are loyal, faithful, honest, distrustful, often guilty of telling white lies, temperamental, prone to mood swings, dogmatic, and sensitive. Dogs excel in business but have trouble finding mates. Compatible with Tiger or Horse. 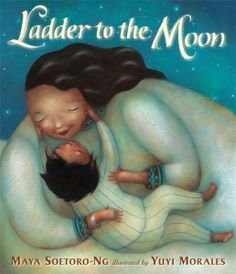 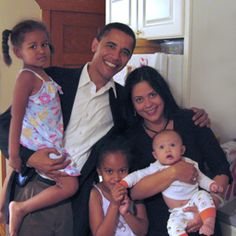 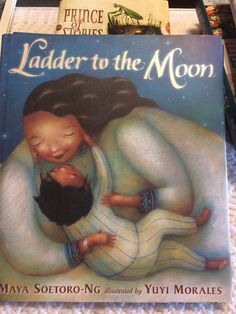 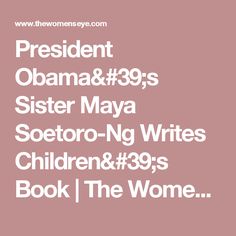 Soetoro-Ng was born Maya Kasandra Soetoro in Saint Carolus Hospital, a Roman Catholic hospital, in Jakarta, Indonesia, to Indonesian businessman Lolo Soetoro and American cultural Anthropologist Ann Dunham. Her elder half-brother was the 44th President of the United States, Barack Obama. She has said she was named after American poet Maya Angelou.

Soetoro-Ng and Obama spent several years together in Indonesia and in Hawaii before her mother decided to return to Indonesia with her. After her parents divorced in 1980, her father remarried. From this marriage, Soetoro-Ng has another half-brother, Yusuf Aji Soetoro (b. 1981), and a half-sister, Rahayu Nurmaida Soetoro (b. 1984).

While living in Indonesia, Soetoro-Ng was home-schooled by her mother and then attended Jakarta International School from 1981 to 1984. Like Obama, Soetoro-Ng returned to Hawaii and attended the private Punahou School in Honolulu, Hawaii, graduating in 1988.

Soetoro-Ng was a high-school history Teacher at La Pietra: Hawaii School for Girls and the Education Laboratory School, both in Honolulu, Hawaii. She previously taught and developed curriculum at The Learning Project, an alternative public middle school in New York City, from 1996–2000.

In 2003, Maya Soetoro married Konrad Ng (Simplified Chinese: 吴加儒), a Chinese Canadian from Burlington, Ontario, Canada. Ng, who is of Malaysian Chinese descent, is now also a US citizen. He was the Director of the Smithsonian Asian Pacific American Center and an assistant professor at the University of Hawaii's Academy of Creative Media. He is now the Executive Director of the Doris Duke Shangri La Center for Islamic Arts and Culture in Hawaii in Honolulu, Hawaii. They have two daughters, Suhaila and Savita.

In May 2007, Soetoro-Ng announced that she would assist Obama in his campaign for presidency, and took two months off to campaign for him. She participated in the 2008 Democratic National Convention, where she spoke briefly about growing up with her brother and brought an Asian-American presence to the stage.

In 2009, Soetoro-Ng helped bring her mother's dissertation to publication in the form of the book Surviving against the Odds: Village Industry in Indonesia. She wrote a foreword to the book and participated in its launch at the American Anthropological Association annual meeting.

Soetoro-Ng was an Assistant Professor at the Institute for Teacher Education at the University of Hawai'i College of Education and continues to do some consulting work, promoting international exchange and understanding, in partnership with the East West Center. She authored a children's book, Ladder to the Moon, that was inspired by her mother and her daughter, Suhaila; it was published in 2011. She is working on a book about peace education and a young adult novel entitled Yellowood.

Soetoro-Ng's doctoral research at the University of Hawaii at Manoa focused on Multicultural and International Education. She examined the use of narrative to develop more complex understandings of identity in multicultural classrooms. She promoted the learning of Social Studies—history and current events—from multiple perspectives. She has developed and implemented peace education curricula in public high schools and for K-12 teachers in Colleges of Education. With partner Kerrie Urosevich, she conducts professional development workshops to share the Cedes of Peace (ceedsofpeace.org) with educators and families. She co-founded a nonprofit Our Public School (ourpublicschool.org) that works to build bridges between schools and the communities that surround them.